Hungary and Croatia will replay last year’s World Championship final in the quarters here in the men’s World League Super Final in Budapest as the host team beat Japan with ease but the world champions fell to the US in a great game and dropped to the third place in their group. The Americans finished atop with three wins, just like Montenegro which also maintained its clean sheet by defeating Australia.

“Right side, right side” shouted Dejan Udovicic to Baron McQuin and the US goalie did that: went to the right and stopped Ante Vukicevic’s penalty in the last seconds of the first period. That sent Croatia to a downward spiral – the next period began with a converted US penalty, as a mirror, making it 1-3 instead of 2-2.

The world champions seemed to not believe that the Americans could play so effectively – by halftime they were 3-7 down. Marko Bijac had only three saves (had to be substituted), the attackers missed most of their chances, while the US managed to score from the center, man-up, counter, just beating the buzzer before the break. 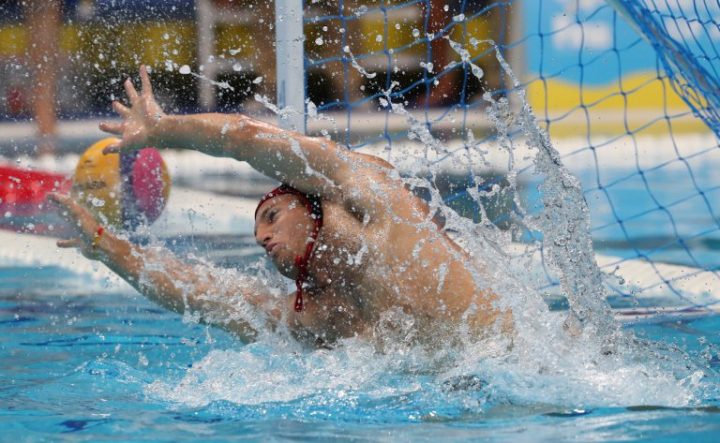 The Croats enjoyed a better spell in the middle of the third when they came back to 6-8 but Alexander Bowen netted a double for 6-10. On the contrary, not even two shots were enough for the world champs to convert a 6 on 4. Then again, the Croats showed something from their ‘real’ knowledge, with 44sec to go they were close again at 8-10 but they couldn’t stop Bowen who netted his 5th of the game to give a three-goal lead to the US.

The Croats’ changed their approach and applied a kind of ‘all-in’ tactics. A nice action goal from Vukicevic from the first possession gave them hope and from that point, they launched counter after counter which kind of disturbed the Americans who didn’t want to risk anything in front while tried to neutralize the Croats’ efforts who really began to play which was worthy of world champions.

With 4:28 to go a fine center-shot from Ivan Krapic cut the gap to a single goal (10-11) and they had a series of chances to go even but McQuin came up with a couple of big saves. The Croats missed two more extras in the last two minutes though they had two shots in each but, unlike a day earlier against Spain, couldn’t force the shootout.

The first period already previewed the happening in general: Dejan Lazovic posted a great save on the Aussies’ first man-up, while Drasko Brguljan’s blast found the back of the net on the other end from a 6 on 5. Adrian Roach netted the second extra but Sasa Misic replied from a brilliant center-goal immediately and with 29sec from time in the first Duro Radovic buried another man-up for 3-1. Aaron Younger was on target though, still in the first, for 3-2.

The second began with some ‘field-work’ but after almost four minutes Brguljan doubled their lead by converting another extra and the Montenegrins had a couple of chances to extend their lead, instead late in the second, the Sharks leveled the score. A precise shot from Younger and a fine set-up 6 on 5 leveled the score in less than a minute with just 48sec to go.

What came right next was a brief but spectacular demonstration of experience and outstanding skills – and proved to be decisive moments. Aleksandar Ivovic outsmarted the Aussie defenders, maneuvered himself to clear shooting position, netting one with 32sec to go, then, after a steal and a time-out, again to score with 0:01sec on the clock. His great drives gave a 6-4 lead to Montenegro which had a good calming effect to the team.

Though Australia began with a man-up goal in the third the Montenegrins hit back with a triple in 2:07 minutes for 9-5 and that was a killer blow. The Australians didn’t give in, they halved their deficit early in the fourth but an immediate reply from Mladan Janovic killed their momentum at 10-7.

Aidan Roach’s action goal gave some slim hope for the Sharks, with 2:46 they had a 6 on 5 after a time-out to reduce the gap to a single goal but the shot went wide and that was their last real chance to turn the heat on. Instead, Montenegro sailed away with another win and the clean sheet secured the top spot and an easy-looking QF on Thursday.

Spain didn’t burn too much energy while collecting its first regular-time win here. With three more games ahead, they didn’t use their top gear and the Kazakhs seemed to be aware of the most probable outcome and they played less aggressively as in the previous two days.

It took 3:46 minutes for the Spaniards to open the scoring but then they began to build their lead. At halftime they were 1-4 up, then early in the third, they netted two in 67 seconds for 1-6 which settled the game once and for all. Only the difference was in question – it stopped at eight.

Just as at the Rio Olympics, the two sides played a bit awkward game. Japan looked for the counters all the time while in defence they tried to trap the ball by fast moving between the attackers – however, the Magyars applied a simple tactics: two or three of their players stayed close to the half-line and let the others making room for the two strong centre-forwards who are at least two sizes bigger than the Japanese defenders.

That worked, just as the powerful shots from the perimeter and the host team gained a 0-4 lead with ease. On the other end, the second-pick goalie Gergely Kardos came up with a series of saves including a fine stop of a penalty. 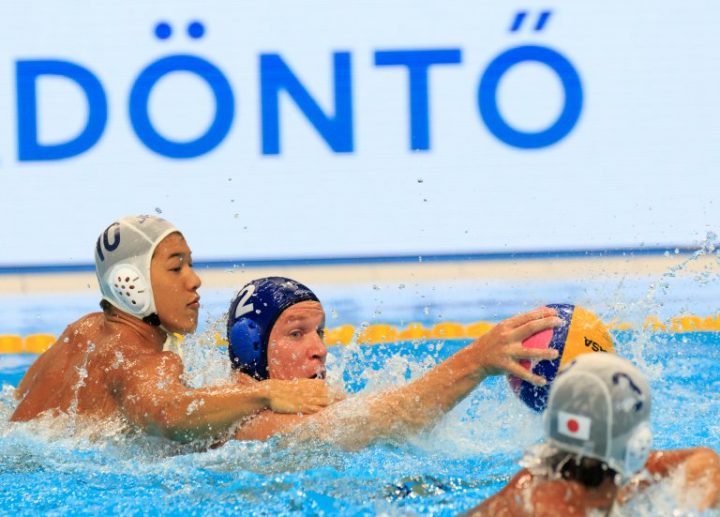 More was needed as time was passing as the Japanese gained some ground and led some promising counters but Kardos managed to make crucial catches on a handful of 3 on 2s and 4 on 3s – otherwise, it could have become a bit more exciting duel.

At some stage, his percentage was close to 90% but in the second and the third he was beaten a couple of times, especially Inaba Yosuke did some harm by netting 5 goals in the game. Still, the Hungarians maintained the gap as their power, skills, and muscles dominated in front of the goal.