Water polo at its best, this time in the men’s World League Super Final – again, in Budapest, again in the magnificent Duna Arena which is just as majestic in its legacy mood as it was a year ago at the FINA World Championships.

Thanks to the draw it was a Europe v Rest of the World test on Day 1 and based on the past results four wins for the Old Continent were very much in the cards. Three victories arrived as expected, world champion Croatia earned an easy win over Kazakhstan, Olympic 4th Montenegro overcame Japan and World Championships runner-up Hungary delighted the home crowd with a spectacular win over Australia. But the US boys were up to the task against Spain and with a great run in the middle two periods they took control and pulled off a surprising win.

Croatia took a flying start in the opening match as they netted three goals in 1:57 minutes. However, after this, they seemed to push the brakes a bit and let the Kazakhs back to the match who closed the gap to 3-2 while the Croats missed a penalty.

The world champions’ ‘sleepy’ period lasted for 9:35 minutes but then they scored once more – again, three in quick succession, this time in just 93 seconds and that gave a comfortable 6-2 lead for the Croats. Loren Fatovic was on fire as he netted 4 already in the first half. 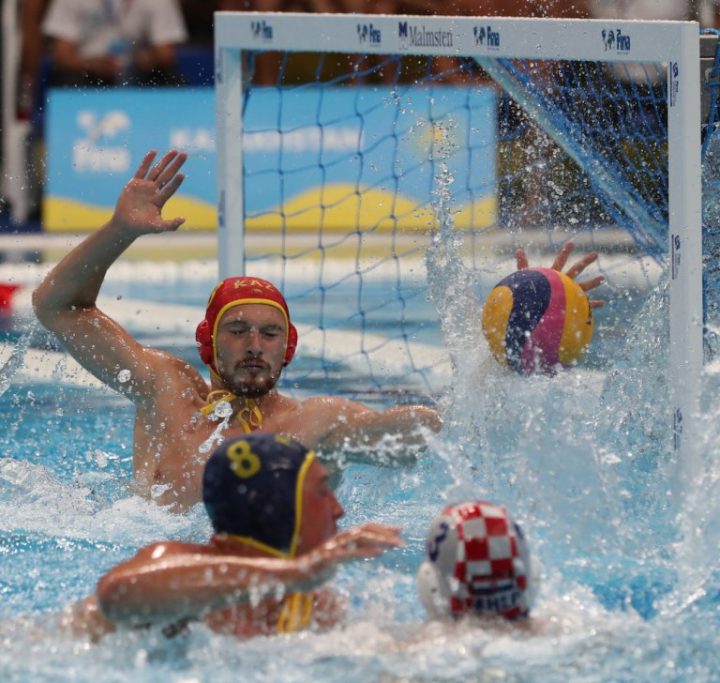 And his team maintained its fast triples: after a rare goal from the Kazakhs early in the third, three more came from the Croats in an even shorter span, 82 seconds to go 9-3 up. From that point, only the gap between the two sides was in question and it stood at 10 at the end thanks to a 5-0 rush in the closing eight minutes, so the favorite side opened its campaign with a rather convincing victory.

After a quick exchange of goals, the Montenegrins took the upper hand scoring three straight goals in 2:57 minutes but the three-goal lead perhaps calmed them too much as the second period belonged to the Japanese.

A double in 54 seconds brought them close early in the second and even though Montenegro replied with two, Japan did the same trick as at the beginning of this period by netting two in 57 seconds for 6-5.

However, the experience helped the European powerhouse in the remaining 11 seconds, the Montenegrins earned a man-up and Drasko Brguljan just beat the buzzer to double the gap (7-5). And they scored immediately from their first possession in the third, Japan pulled one back but soon Mladan Janovic buried a penalty and added one more after a steal 17 seconds later for 10-6 – from here there was no way back for Japan.

Still, in the third, the Montenegrins replied to the Asians’ goal with a great double inside the last minute to go five goals up before the last break (12-7). The fourth didn’t bring any big turns, the Europeans collected all three points with a fine performance.

The first really thrilling game of the tourney brought a kind of surprise as the US team managed to come from behind to beat Spain. It was a match of twists and turns which saw the Spaniards going ahead in the first period with a couple of action goals. After some battling, deep into the second period Blai Mallarach added one more from a dying man-up to go 2-4 up but then began the big time for the US folks who produced a great run before the middle break. A penalty was followed by two great goals on equal strengths, Luca Cupido’s one came five seconds from time to give a 5-4 lead for the Americans. 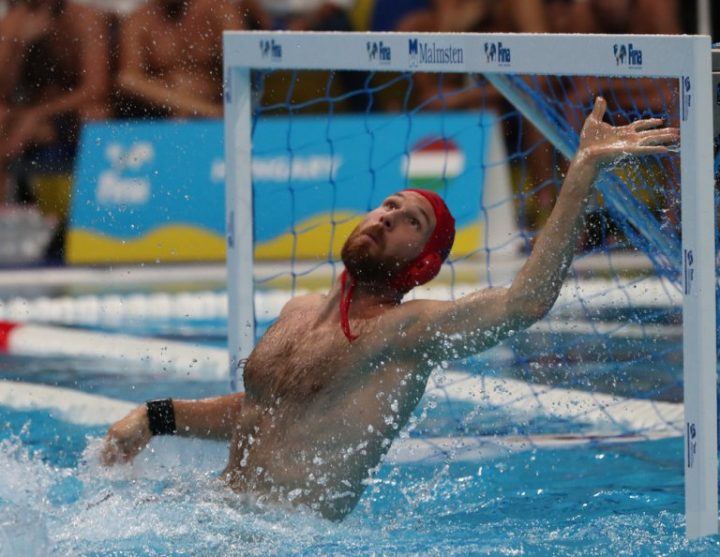 The third saw tremendous fight to create scoring opportunities but goalies did a great job at both ends. Spain missed a 6 on 5, while the US made theirs, which seemed to be crucial (6-4 instead of 5-5). Mallarach ended Spain’s lengthy drought which lasted from the middle of the second period until the dying seconds of the third, for exactly 12:41 minutes. During this phase, the 4-0 run of the US, between Mallarach’s goals, proved to be decisive.

Again, the opening minutes of the last period was spent with a lot of swimming and position play, both sides missed a 6 on 5, then, almost from nowhere, with just seconds on the shot-clock Alexander Bowen stunned Dani Lopez with a sudden shot from the side, making it 7-5 with 5:36 to go.

Spain couldn’t capitalize on its next man-up when Mallarch netted his fourth for 7-6, only 2:36 were remaining on the clock. And soon it was over as from the next possession Benjamin Hallock – who was elected the best player of the match –, again in the last seconds of their possession, managed to send the ball to the net from the center position.

That sealed the victory for the Intercontinental Tournament win over the best second places side from the European prelims. In fact, the difference was well demonstrated by the offense stats: the shots on target were 18-10 to the US while Spain was 1 for 8 in man-up.

The lefties led the Hungarians’ charge in the opening period – after a bit lengthy intro phase with shots landing on the posts Marton Vamos blasted the hosts’ first goal, then Gergo Zalanki added two later, at 0-2 Adrian Roach put the Aussies on the scoreboard from a finely tuned 6 on 5. The second brought a tremendous fight, Joseph Kayes pushed the ball in from close range just 40 seconds into the next period and the Sharks seemed to find the tools to kill the home side’s attacks.

The Magyars missed back-to-back extras but at least their defense worked, Viktor Nagy kept his saving percentage well over 70% in these minutes. Only 32 seconds remained from this quarter when Hungary managed to earn a penalty and Balazs Erdelyi converted it, halting the hosts’ 8:20min long silence.

And the Magyars came back pretty strong for the second half and in 37 seconds they floored their rivals, Krisztian Bedo finished a nicely set up extra and Bence Batori rocketed one from action for 2-6. The Aussies – also beaten by the Magyars soundly (3-13) in the opening day of last year’s World Championships, unlike in the previous years when their games were tied at the 2013 Worlds and at the Rio Olympics – could never recover from this blow, the Hungarians took full control and later added a double in 65 seconds for 2-8. Their rivals had some brighter spell late in this period but they could only come back to 4-9.

The hosts rolled on in the fourth – it was a rather telling scene when Krisztian Manhercz scored a one-on-one counter-attack goal, launched after a well saved Aussie man-up played after a time-out. The Sharks missed three 6 on 5s in a row even though the Hungarian substitute goalie Gergely Kardos came in for the last eight minutes.

He almost shut them out entirely in the fourth, Kayes ruined his clean sheet with 54 seconds from time but the Magyars had one more at the end to set back the gap to seven goals. It came from a penalty through the action shots to demonstrate the difference the most spectacularly: while the Aussies netted 1 from 16 attempts, the Hungarians scored 4 from 13.