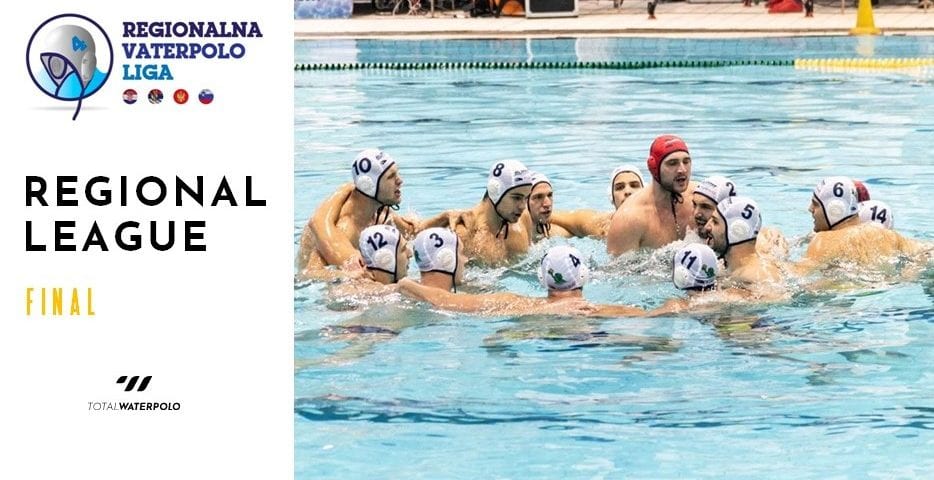 Mladost retains the trophy of the winner of the Regional League. In the final of this year’s edition, played in Dubrovnik, Mladost beat host Jug 15:11.

Jug managed to stop Luka Bukic, the best scorer and the MVP of the regular season. Bukic, who scored seven goals in yesterday’s semifinals against Jadran, hit the back of the net just once this evening. But, his teammates did a great job. Milos Cuk was the best scorer of the winning team, with five goals, Konstantin Kharkov added three… Ivan Marcelic, Mladost’s captain and goalkeeper, also was excellent. He collected 14 saves. On the other side, Jug’s Loren Fatovic was the best scorer of the game (6 goals), but it wasn’t enough for a victory.

The third period of the match (7:2 for Mladost) was crucial for the outcome.

All the match’s statistics on our tournament page powered by Total Waterpolo Arena: Mladost – Jug

The first half offered a lot of twists and turns. None of the sides managed to build a two-goal lead. Loren Fatovic scored the opening goal in Jug’s first possession after just 20 seconds of play. The Dubrovnik-based team had a 2:1 advantage two and a half minutes before the first break. However, Mladost scored two goals in two consecutive attacks (Cuk and Bowen), and Mladost entered the second quarter with a 3:2 advantage.

But, Jug got off to a flying start in the second quarter. The hosts netted two goals in the first minute of the second period (Obradovic and Fatovic from a penalty) and the Dubrovnik-based side went in front – 4:3. Mladost managed to level the score three times (4:4, 5:5, 6:6), but Jug had a slim lead at halftime.

Loren Fatovic closed the second quarter with a goal from a penalty shot for 7:6 with 31 seconds remaining to play in the first half. Fatovic didn’t have a hard task in this situation. Ivan Marcelic, Mladost’s goalkeeper, made a penalty foul, and he was excluded. Field player Lazic replaced Marcelic in front of the goal, but he couldn’t stop Fatovic’s penalty shot.

Mladost opened the third quarter with a 3:0 rush (two goals from Kharkov and one from Cuk) and went 9:7 up in the 19th minute.
Loren Fatovic interrupted Mladost’s series of goals (8:9), but not for a long. The team from Zagreb netted four consecutive goals for a big 13:8 lead. Eleven seconds before the end of the 3rd quarter Zuvela sent the ball into the net and saved Jug’s hopes (9:13).

But, Mladost controlled the battle in the final eight minutes. Early in the fourth quarter, they re-earned a five-goal lead (Cuk converted a man-up for 14:9) and didn’t let Jug come back.

“We defeated two great rivals at the Final Four in Dubrovnik, Jadran, and Jug. We proved that we were in good competitive shape. I hoped that we could do our best in the final. We provided a very quality game. We played outstanding, brave, and had a lot of right solutions in the attack. The defense also worked very well. Ivan Marcelic was excellent, and we deserved the win, which was more convincing than we had expected.

“I am very, very excited. After a tough first half, we played very well in the third and fourth quarters and deserved to celebrate.” 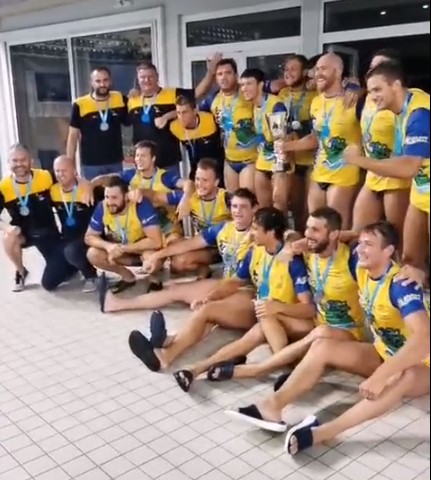 Video clip of awarding ceremony on our Facebook page: link

Jug and Mladost will face off again in just a few days. On Saturday, Jug will host Mladost in Dubrovnik in the first match of the final of the Croatian Championship (best-of-five series).

The upcoming encounters in the battle for the national title will be the third final between Jug and Mladost in this season. Mladost leads 2:0, because the Zagreb-based team won the Croatian Cup, by a 16:12 victory over Jug in the final, played in November.