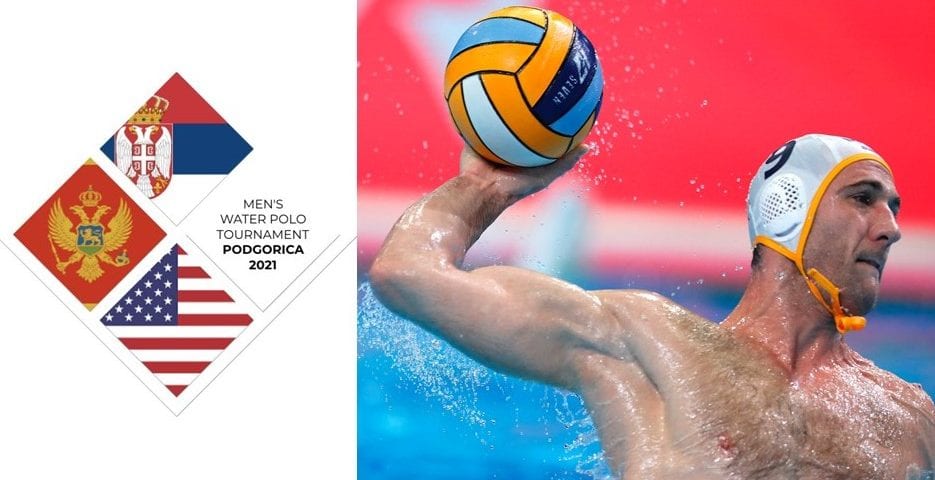 The Olympic Qualification Tournament in Rotterdam (February 14 – 21) is approaching.

Montenegro, one of the teams that will come to Rotterdam to book a ticket for Tokyo, will have two good rehearsals before the qualifications this week.

The Montenegrins will organize a three-day tournament in Podgorica (January 27 – 29). Montenegro, the bronze-medalist at the 2020 European Championship, will host Olympic champion Serbia and the United States, the winner of the 2019 Pan American Games. Germany was also supposed to play, but the Germans canceled participation due to the travel difficulties caused by the pandemic.

The scores, statistics, play-by-play action of each of the matches at the tournament you can follow on our Total Waterpolo Arena.

The tournament is very important for the hosts. Montenegro hasn’t missed the Olympic Games since the country’s independence. They finished 4th at the Olympics three times in a row (2008, 2012, 2016). The Montenegrins want to secure themselves a spot at the Olympic Games in Tokyo. If they achieve that goal, their next target will be an Olympic medal. Last week, Montenegro had joint preparations with Pro Recco and Canada in Genoa. Some of the players who missed the action in Italy joined the team on Monday. Head coach Vladimir Gojkovic can count on all candidates for the roster for the Olympic qualifications.

Serbia arrived in Podgorica with a team composed of players from the Serbian clubs (Stefan Zivojinovic, the goalie of Noisy-le-Sec is the only “foreigner”). But, the Podgorica tournament will be useful for the Serbs, too. Serbia didn’t qualify for the World League Super Final, and it will face a lack of official games until the Olympic Games. Dejan Savic composed a young squad led by a few experienced players. Two Olympic champions Stefan Mitrovic and Milos Cuk are on the roster. Several players who won 5th place at the 2019 World Championships will play in Podgorica, including Strahinja Rasovic, the 2019/20 Hungarian League’s best scorer. The young Serbian players will have a great chance to prove themselves.

Serbia won’t play official competitive games until the Tokyo Games, while the United States players have different difficulties. Team USA hasn’t played at major competitions since winning the gold medal at the 2019 Pan American Games. Each of the friendly matches is an important test for the team guided by Dejan Udovicic, Savic’s predecessor on Serbia’s bench. Almost all of the members of Team USA play in European leagues this season, except a 37-year-old Jesse Smith, the silver-medalist at the 2008 Olympic Games. But, most of the players are members of Greek clubs. The Greek league has been interrupted early in November, and it is still questionable when it will continue. There is no doubt that the Americans have a great wish to play and appear in the tournament.

After the tournament in Podgorica, the USA will play two friendly matches against Croatia.