Montenegro and Greece earn Olympic berths; Croatia and Russia have another chance

Montenegro and Greece earned their Olympic berth after beating their respective rivals in the semifinals of the Olympic Qualification Tournament in Rotterdam.

Montenegro met its arch-rival Croatia in the first semifinal and celebrated a 14:12 victory after a penalty shootout. The game was very exciting, with a lot of turns, nice goals. The two big teams didn’t disappoint water polo lovers. But, only one could earn the ticket for Tokyo today.

Greece and Russia played in the second semifinal. That game wasn’t so thrilling as the encounter between the South Slavs. Greece recorded a 13:10 win. Russia kept close to the rivals for three quarters, but the Greeks avoided a nerve-wracking finish.

The top three teams from the tournament in Rotterdam will qualify for the Olympic Games. So, Croatia and Russia will have another chance in the bronze-medal match tomorrow.

Montenegro and Greece will play in the final. That game will be only for pride. Both teams achieved their goals.

This was the second encounter between Montenegro and Croatia this year. Early in January, two neighbors faced off in the quarterfinals of the World League in Debrecen. Montenegro recorded a win after a shootout (15:14). Today’s match was similar to the game played several weeks ago.

As expected, the big derby was a hard battle from the first whistle. Both teams played very well. There were a lot of twists and turns throughout the game.

Montenegro scored an opening goal, but the Croats earned a 2:1 lead deep into the first quarter. The Montenegrins retook the advantage (3:2, 4:3). But, in the middle of the second quarter, Croatia scored two goals within 50 seconds (Vukicevic –action goal and Bukic from a penalty), and the 2017 World Champions went in front– 5:4.

However, Aleksa Ukropina responded immediately and the sides were tied at 5:5 at halftime.

Montenegro’s superstar Aleksandar Ivovic opened the third period by converting a man-up to give his team a 6:5 lead. In the 20th minute, Vidovic found the net for 7:5. For the first and the last time, the distance between the sides was two goals. But, not for a while.

However, the Croats erased the deficit quickly. It stood 7:7 with 03:30 remaining t play in the third quarter. Then, Vlado Popadic put the Montenegrins in front – 8:7, but a new twist was yet to come.

Croatia’s captain hit the back of the net from the center-forward position in the 23rd minute to level the score. Just four seconds before the last break, Buslje scored once more. He closed the quarter with a nice long-distance shot and the Croats entered the final period leading 9:8.

There were no goals for a while in the fourth quarter. Exactly four minutes before the final buzzer, Vladan Spaic scored from 6 on 5 to level the score (9:9). Two and a half minutes before the end Luka Bukic regained a lead for Croatia (10:9), but a 19-year-old Miroslav Perkovic scored from an extra player action for 10:10 with just 28 seconds to go. After that, Croatia lost the ball in the attack, and Montenegro had five remaining seconds to score a winner. Vladimir Gojkovic asked for a time-out. Goalkeeper Lazovic joined the teammates in the attack, the Croats defended themselves and the match entered the shootout.

Dejan Lazovic saved the shots from Loren Fatovic and Luka Bukic, who are Croatia’s best scorers in Rotterdam, and his team secured the ticket for Rio.

Greece dominated the first several minutes of the game. In the third minute, the score was 1:1. Then, the Greeks produced a 3:0 run to go up 4:1. The Russians couldn’t find the right solutions in the attack for most of the first period, but they scored two goals in the last 91 seconds of this period for 3:4 and returned to the game.

Vlachopulos scored for 5:3 in the 12th minute. Two minutes later, the Russians equalized with two goals from Konstantin Kharkov. Firstly, he converted a man-up and then scored from an excellent counter-attack for 5:5.

But, Genidounias put the Greeks in front shortly after Kharkov’s equalizer and Greece had a slim 6:5 lead at halftime.

The third period started with a quick “exchange” of goals. Russians leveled the score twice in the first two minutes of the second half (6:6, 7:7), but the Greeks responded on each occasion and regained the lead.

Defenses dominated in the following several minutes, and the series of goals was restarted in the finish of the quarter.

Five goals were scored in the last two minutes of this period. Greece took a 2-goal lead two times (9:7, 10:8), but Russia halved the distance both times. However, Alexandros Papanastasiou beat the buzzer. He sent the ball into the net from the left-wing in the last second of this period. The goal was confirmed after the VAR review (the referees checked whether is the goal scored before or after the buzzer). And Greece entered the last period with an 11:9 advantage.

That goal was a new stimulus for the Greeks. They got off to a great start in the last quarter and built a solid four-goal advantage (13:9) with 05:50 minutes to go. The Russians got nervous, they started missing nice chances. In the middle of the quarter, Kharkov added the fifth goal to his tally for 10:13. But, they didn’t go further.

The Greeks controlled the match, and they started celebrating a minute before the final buzzer.

The Netherlands led throughout the first of the two consolation semifinals. The hosts opened the match very well, and they jumped to a 5:1 lead. Georgia was coming back from time to time, but the distance between the sides was never smaller than two goals. The Dutch had a 5-goal advantage in the third quarter (9:4, 10:5). Georgia came close twice during the final quarter (10:12 and 11:13), but the Netherlands controlled the game.

The second match of the 5th-8th place playoffs offered more excitement. France was in front most of the time, but Canada managed to stay close to the Europeans. The North Americans had a 2:1 lead in the 4th minute, but France responded with three goals for 4:2. Canada leveled the score twice (4:4 and 5:5). Midway through the third period, the French produced a 3:0 rush to earn an 8:5 lead and that proved vital for their win. The Canadians reduced the gap two times (7:8 and 9:10). A minute before the end, they even had a man-up to equalize, but they lost the ball in that attack. France earned a penalty 16 seconds from time, Marion-Vernoux didn’t make a mistake – 11:9 and everything was decided. 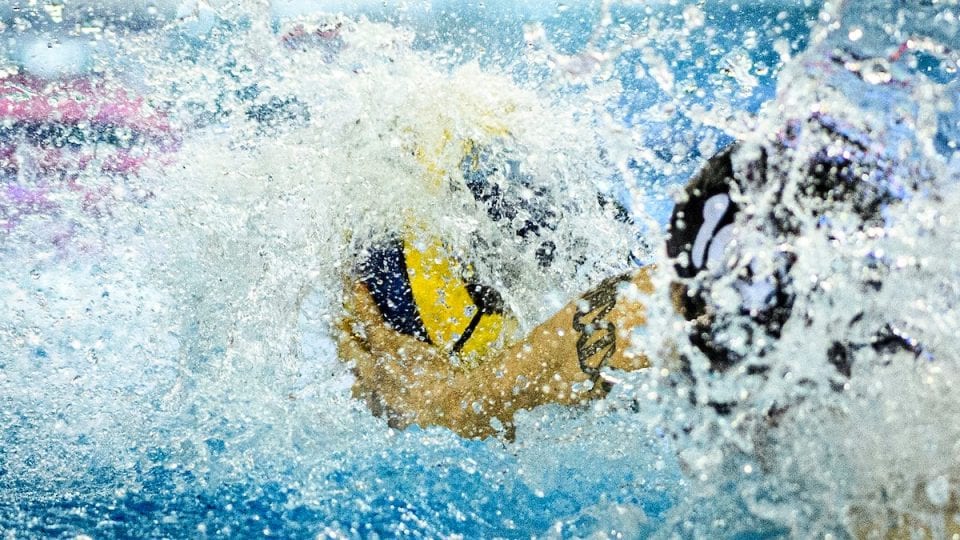 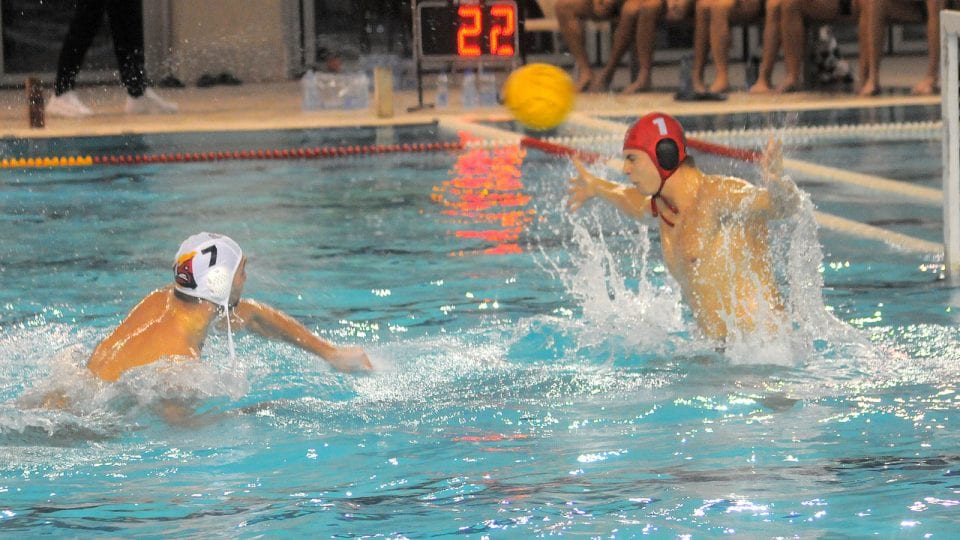 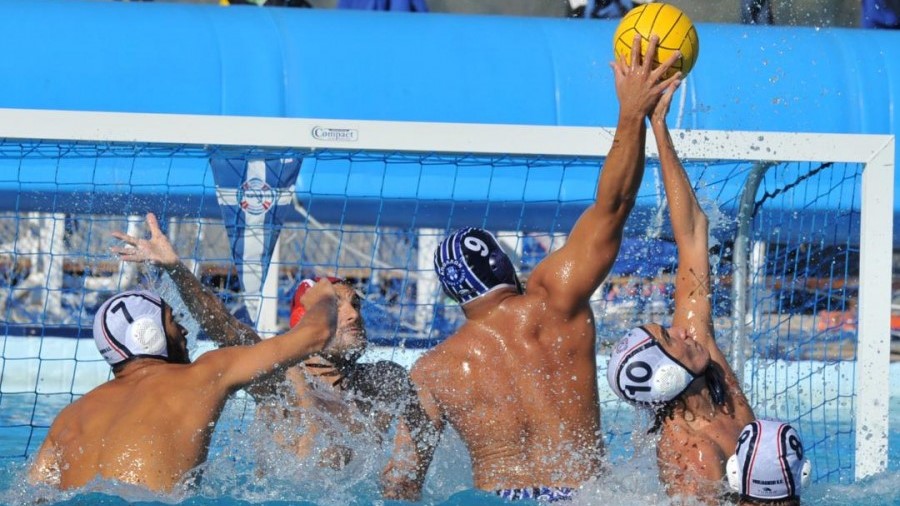 Greek clubs returned to action, but not for long