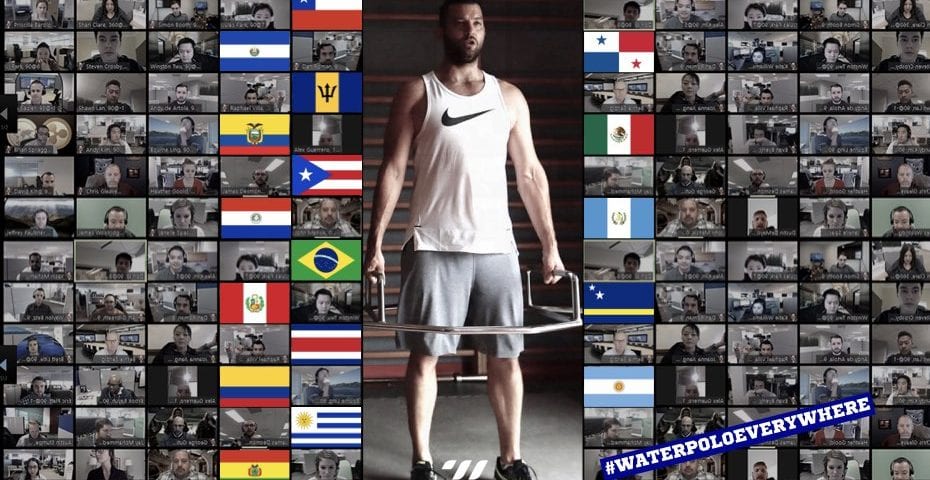 There is something good in everything bad.

The coronavirus pandemic paralyzed the world and hit all sports. But, the new situation had positive effects on raising the popularity of water polo in South and Middle America, even in the countries where this sport isn’t very developed.

Thanks to the videoconferencing platform Zoom and Facebook, numerous players, coaches, and clubs gathered in joint training.

Ricardo Henriquez Castroman, a coach of the club Orcas, based in the capital city of Chile, Santiago, addressed Total Waterpolo and informed us how he and his colleagues launched this interesting project.

“This conception of joint work started three weeks ago. To date, more than a hundred clubs from all over America have joined”, Henriquez said.

“Everything started as a result of this pandemic. The athletes of the club Orcas were unmotivated to train in this condition. We wanted to generate an instance of motivation and contacted seven clubs to hold physical training together. That initiative met the objective. After that, new clubs were added to the project. In the second week, there were already 56 clubs. The next training will be held on Saturday, July 4, and 117 clubs will be involved. I have dubbed it “International Alliance of Water Polo Clubs”, where many ideas have appeared, such as launching a club championship in the future, among other initiatives.”

“The second time, we organized a live stream of the training on a Facebook page, because the number of participants in the Zoom videoconference was limited to 300.”

The replay of the previous practice, held last Saturday.

“We will have 117 clubs, and we will have the Zoom videoconference for 1000 people.”, Henriquez emphasized.

The first training was led by Andres Henriquez (Orcas, Chile). Last week, Victor Tijerina (Mexico) was the “head coach” of the videoconference. On Saturday, July 4, Juan Pablo Montane (Argentina) will hold the practice.

Total Waterpolo always supports each initiative that can improve the popularity and development of water polo. “International Alliance of WP Clubs” will have our help. We are in talks with respectable European players and coaches who could participate in the upcoming pieces of training in a period of coronavirus lockdown.

The idea of launching the Southamerican championship for clubs will also have our media support.