The opening-round games will be contested Nov. 24, hosted by Long Beach State and Princeton, and Nov. 29, hosted by Stanford, which will also host the championship to be held Dec. 1 and 2. The semifinal and championship games will be played at the Avery Aquatic Center in Stanford and streamed live on NCAA.com.

The winner will advance to the fourth opening-round game to play UCLA (22-4), with the winner advancing to the championship bracket to play Southern California (28-3) at Stanford. Game times for the opening-round games are listed on the bracket. Game times for the semifinals are 6 p.m. and 8 p.m. Eastern time Dec. 1, and the championship game will be played at 6 p.m. Eastern time Dec. 2. 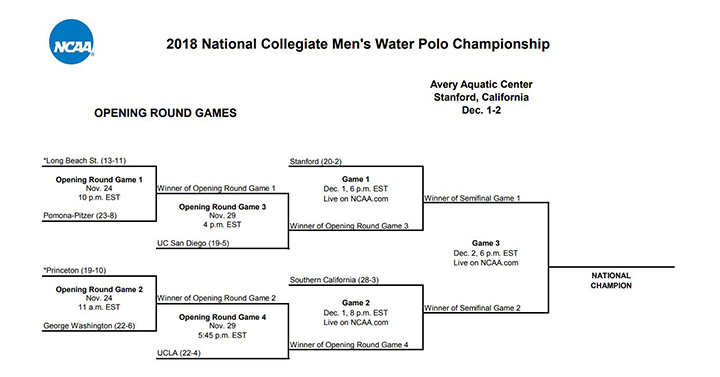 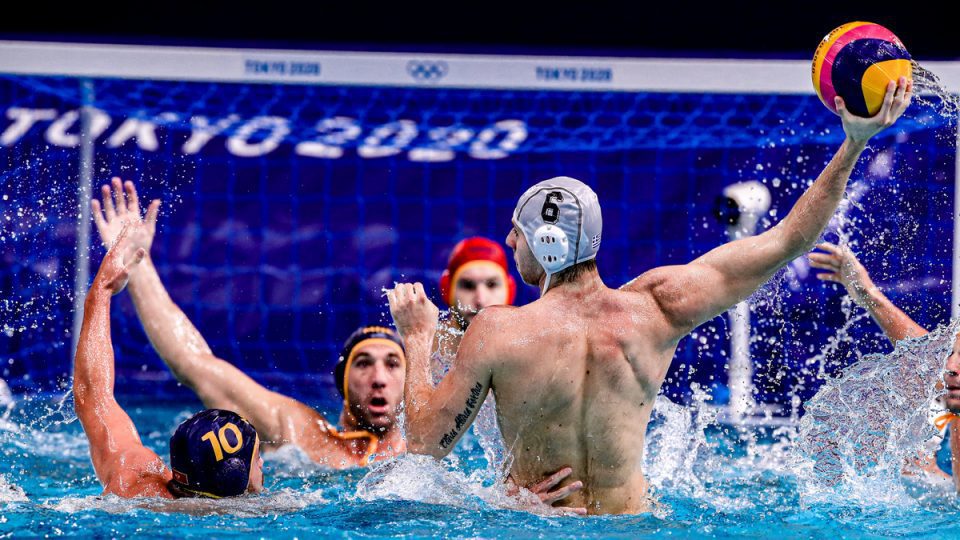