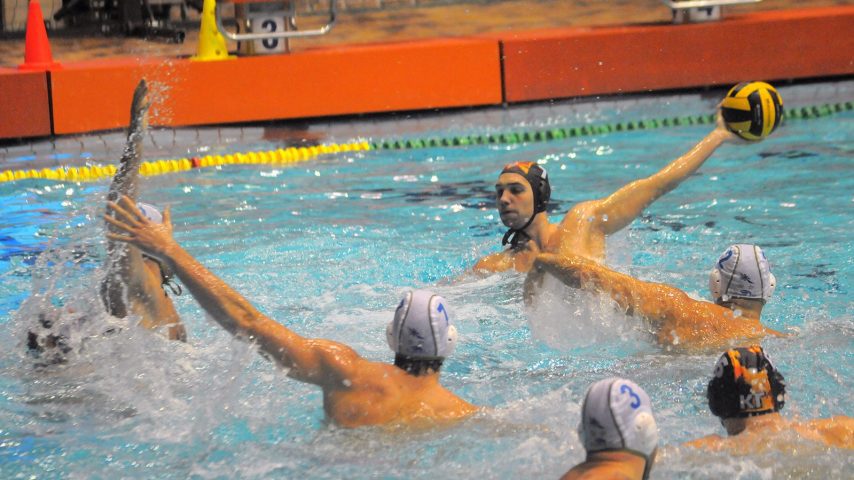 The first encounter between the Champions League clubs in the 2021/22 Premier Regional League was the highlight of the evening session of the third day.

Jadran Split and Radnički played in the big match of the day in Group B in Split. After a thrilling battle, the game ended with no winner – 14:14. This is the second tie for Radnički after yesterday’s 10:10 against Primorac.

Besides this game, there were a few other interesting encounters, but there were no surprises, although some of the favorites had to work hard to collect points.

The third round in Group B in Split was opened by a thrilling encounter between Solaris and Mornar. Solaris edged out Mornar (9:8). In the next game, Crvena Zvezda beat Primorac 14:8

Group A (Belgrade), Round 4 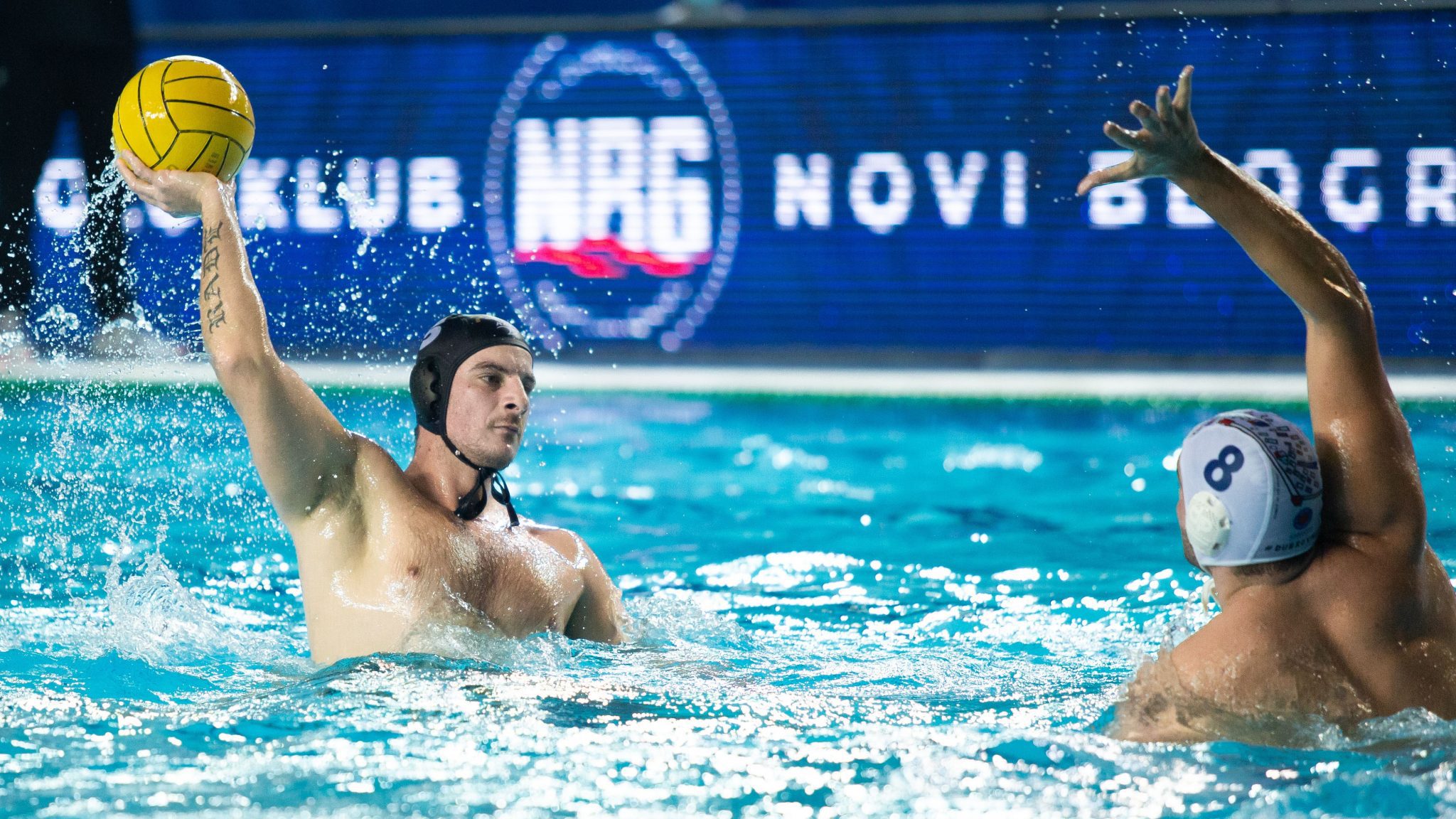 The encounter between the clubs that ruled the European water polo in the 1960s and 1970s and both have had many ups and downs in the last 15 years, was a fierce battle from the beginning. Partizan was a favorite, considering the fact that the Belgrade-based side brought several great reinforcements (returnees) this summer, while many great players left Mladost. However, the Croatian champion displayed a very good play, as it did in the Croatian derby against Jug last evening.

The first quarter was quite balanced, while Petar Jakšić (Olympic champion Nikola Jakšić’s brother) scored after just 21 seconds of play in the second, and two goals separated the rivals for the first time, Partizan had a 4:2 lead. But, Mladost was able to make a big turn. The Croats scored four unanswered goals for a 6:4 advantage. However, the “black-whites” equalized by the end of the half. Milan Aleksić found the net for 6:6 just two seconds before the buzzer.

There were a lot of exclusions, especially in the first half. Only three of the 12 goals in the first two periods were action goals (2 Partizan and 1 Mladost).

Mladost caught up with the Serbs for the last time in the 18th minute (Dašić 7:7). Immediately after, Milan Aleksić fired the ball from a big distance to give Partizan a new advantage (8:7). In the middle of the quarter, Mladost had a chance to level from a penalty shot. But, Dimitrije Rističević, who was one of the key players for Partizan’s win, saved a shot from Rakovac. That was a turning point. Partizan took control after that penalty and produced a 4:0 run. The Belgrade-based side jumped to a 12:7 lead (25th minute) and there was no way back for Mladost, which didn’t give in, but couldn’t avoid the defeat.

Partizan captain Milan Aleksić took responsibility in crucial moments and led Partizan to the victory with five goals. After the game, the Olympic champion said:

“We have been playing better and better from match to match. I am satisfied with the win and our play, but the bad start to the game worries us. That happened to us for the third time at the tournament. We started slowly against Jug, Šabac and Mladost. But, the play in the rest of the game and the final score show that we have made progress since the start of the season. We are on the right track. I believe that we will play 40 to 50 percent better at the end of the season than now.

“We lost three games in a row, but I am happy because my team reacted well after a big defeat in the match against Novi Beograd on Thursday morning, and played much better in the against Jug and Partizan, which broke us in the third period. These two games raised our self-confidence before the duels with Šabac and Jadran. 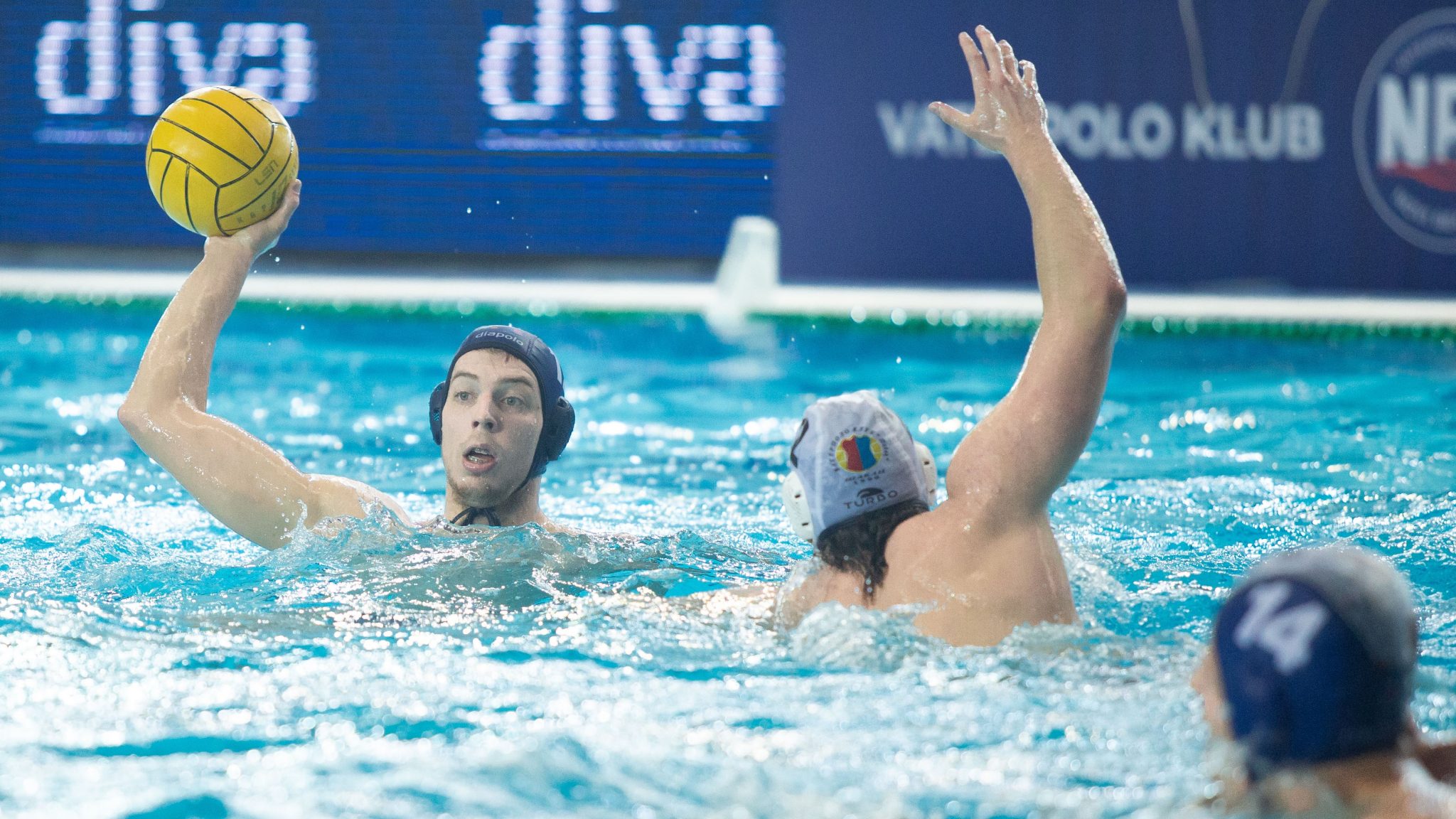 A young, but highly-motivated team of Jadran needed just 72 seconds to earn a 2:0 lead (Vujović scored both goals) and prove that it won’t surrender easily. Jug responded with two goals. The favorite from Dubrovnik went in front only 12 seconds before the end of the first period – Marko Žuvela netted for 4:3. Still, Vučurović backed the terms on equal in the last second of the first quarter.
By the middle of the second quarter, Jug earned a 6:4 advantage with two goals from its superstar Maro Joković. It seemed that Jug had taken control. But, Jadran still didn’t say its last word. The Montenegrins made a 3:0 series and regained a lead (7:6) in the 15th minute.

Still, the Herceg Novi-based side couldn’t surprise an experienced Croatian team. Jug tightened its defense after the middle break. Jadran wasted three man-ups in the third quarter. Jug’s attack was merciless in this period. The Croats netted five goals in less than four minutes and built an 11:7 lead (28th minute). Joković added one more goal from the deep right and stretched the margin to five (12:7) two and a half minutes before the last break.

Jug didn’t secure the three points with that 6:0 series, because the persistent Montenegrins struck back and they chased the Croats until the end. Early in the fourth, Jadran came close (10:12). Still, Jug doubled an advantage quickly (14:10). That didn’t demotivate Jadran, but everything was decided two minutes and 20 seconds before the final buzzer when Jokovic netted his 5th goal to make it 15:11.

“We have a problem of lack of available players. We came here without Fatovic and Stahor, who are in quarantine in Germany, while one more player wasn’t able to play today, but I hope he will return soon. So, we had a very young roster and bench in this match, and that affected our play. Jadran is a very good and well-prepared team, but their concentration fall in the third period, while we found our rhythm, made the difference, and controlled the match until the end. Tomorrow, we will face Novi Beograd. We don’t put pressure on our players. That won’t be a must-win match for us. Novi Beograd is a favorite for the Regional League title, but they have to prove that. We will fight until the end, but our goal will be achieved and our mission in Belgrade accomplished if we beat Budva on Saturday morning.”

“In the past few seasons, we never were so close to a win over Jug like we were today. But, Jug is a quality team, their experience was crucial for the outcome. We are still a young team, we build our style of play. Congratulations to Jug for the win, but I, also, congratulate my players for a very good performance. We didn’t give up until the end.” 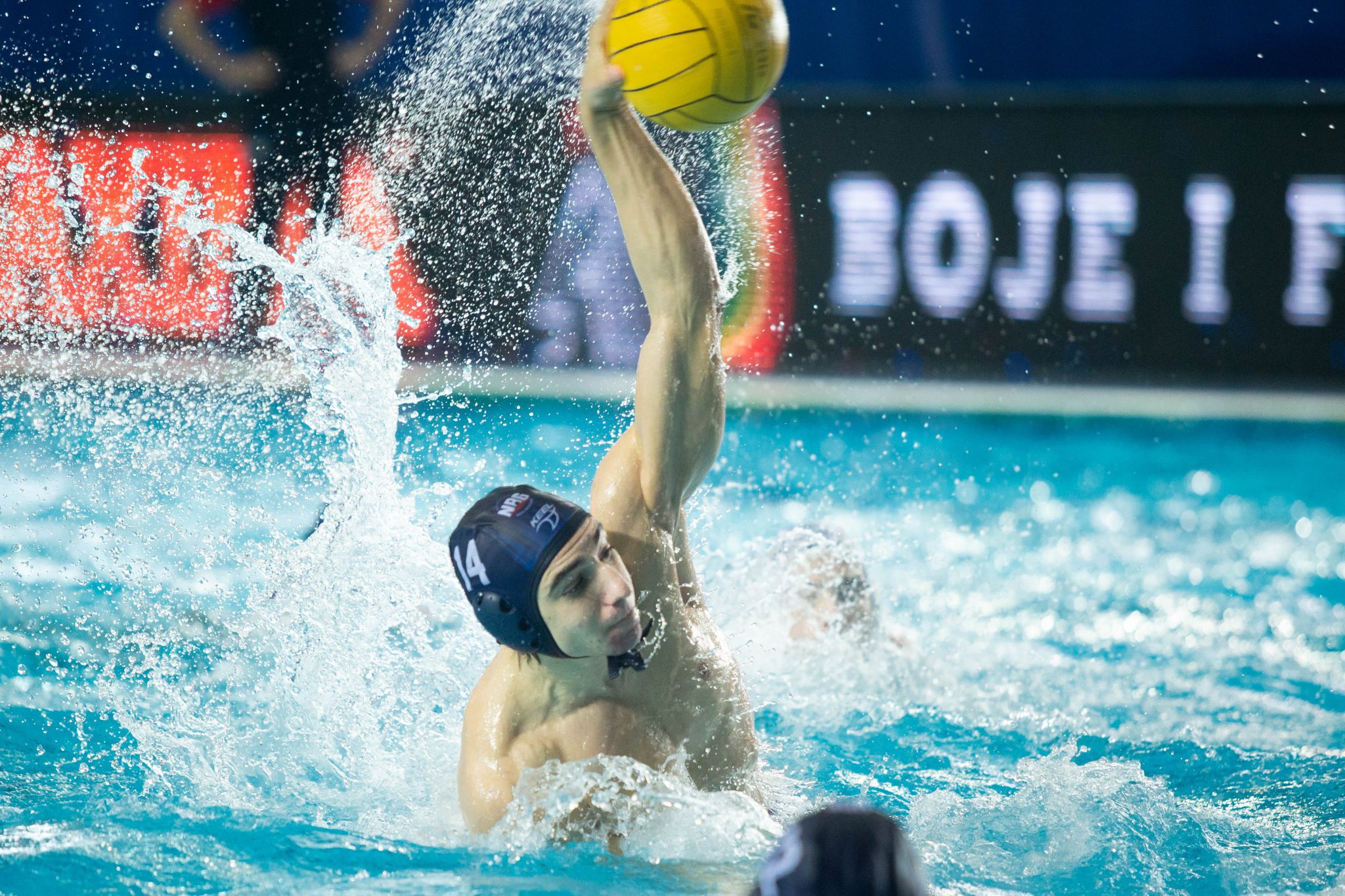 Novi Beograd, with 12 players on the roster (both brothers Pijetlović missed the match, the only goalie was Brazilian Pedro Serra) demolished Budva although it saved energy for tomorrow’s derby against Jug. 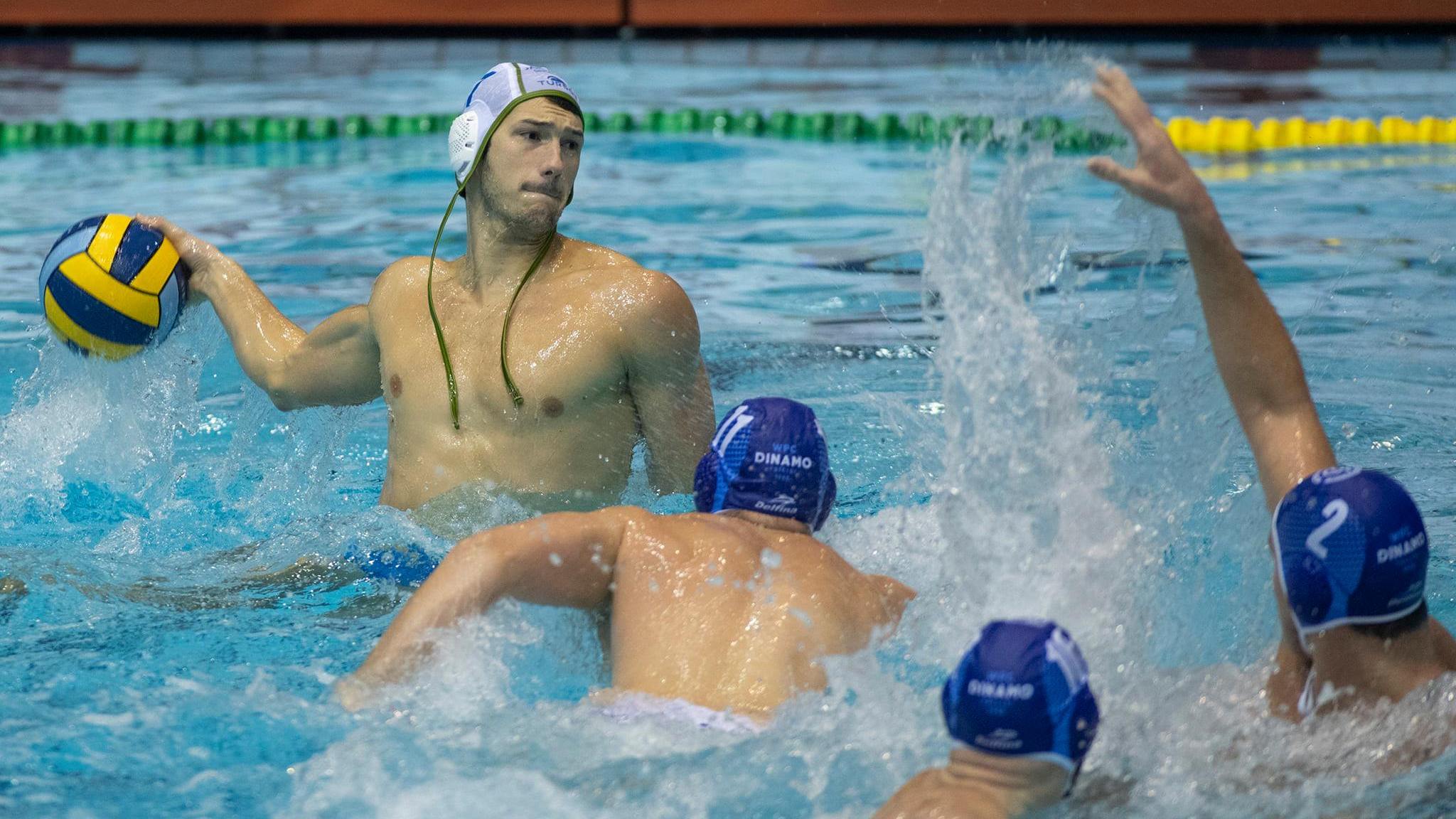 The duel was an even contest from the first whistle. There were a lot of twists and turns in the first half, but neither of the teams had a 2-goal advantage. Radnički was the first team that built a 2-goal lead. Miličić converted a man-up for 8:6 in the middle of the third period. But, Jadran answered with three goals within 01:34 minutes(Butić, Bukić, and Butić again) for 9:8. But, Krug equalized at 9:9 a minute before the last break, and the big battle was continued.

Before the final quarter, the score was 10:10, while it stood 12:12 in the middle of the last quarter. Then, Dobud put Jadran ahead (13:12). Two and a half minutes before the end, Miloš Ćuk scored from an extra for 13:13. The drama was reaching its culmination. In the 31st minute, Luka Bukić made it 14:13. Radnički failed to score in the next possession, and it seemed that Jadran was very close to a victory. But, Marko Radulović found the net eight seconds before the buzzer – 14:14. After that, Jadran called a time out, and set up the final attack, but Radnički’s goalie Dobožanov saved a shot from Marinić Kragić, in the last second.

Solaris came back from three goals down to beat Mornar in the first match of the afternoon/evening session in Split. After two identical quarters (2:2, 2:2), Mornar built a 3-goal lead (7:4) deep into the third period. Solaris leveled at 7:7 (25th minute). Mornar couldn’t find the net for eight minutes, and Solje broke the silence with an extra man, shortly after Solaris’ 7th goal. But, Solje made a personal foul in the next possession. The visitors earned a man-up, which Koprčina converted to 8:8. In the 31st minute, Penava scored from another extra man for the final score.

Primorac, which earned a point in the duel with the Regional League title-holder Radnički yesterday, didn’t repeat the same feat against Crvena Zvezda. The Serbian team, which is without two important players in Split (Subotić and Marković are out of the team due to positive covid tests), opened the game with a 3:0 lead. In the second period, Primorac reduced the gap to one goal (2:3), but Crvena Zvezda responded with four straight goals, went to 7:2. From that point on, the difference was never smaller than three goals.