New thrillers in encounters of great teams in Sassari 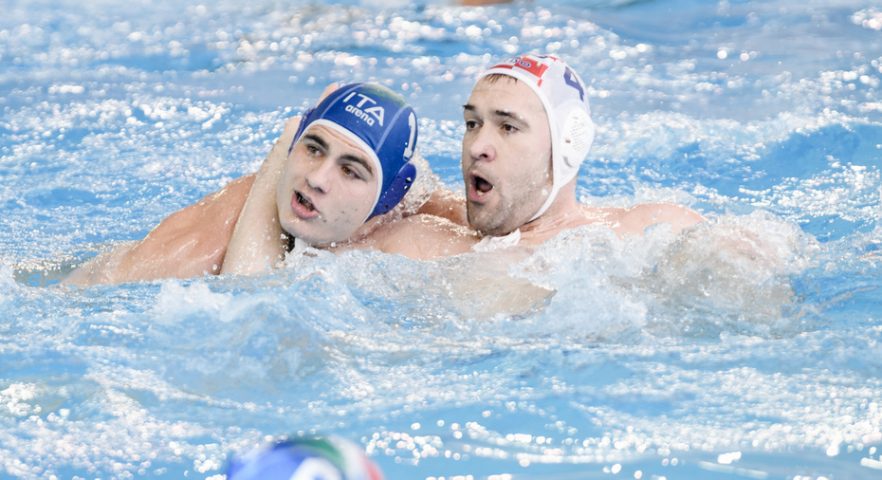 The second day of the Men’s Sardinia Cup in Sassari offered a lot of excitement.

Serbia defeated Greece 11:10 in the first match of Day 2 thanks to a last-gasp goal by Sava Randjelovic. Then, Italy beat Croatia. A goal separated the rivals at the end of this game, too. Italy recorded a 12:11 victory.

Before the last round, Serbia is unbeaten with six points. Greece and Italy have three points each, while Croatia suffered two losses.

Tomorrow, Serbia will play against Italy. The tournament will be closed with a match Croatia – Greece. All teams, except Croatia, have chances to finish 1st.

Both teams had ups and downs in the encounter between Serbia and Greece. After 2:2, the Serbs, led by Dusan Mandic, scored three goals in a row and entered the second quarter with a 5:2 advantage. But, the second period belonged to the Greeks. The sides were tied at 7:7 at halftime. Early in the third quarter, Greece went in front for the first (and the only) time – 8:7. The Olympic champions regained an advantage (9:8 and 10:9), but Vlachopoulos closed the third period, so the score was 10:10 before the final eight minutes. The defenses dominated in the fourth quarter. It seemed that the teams would share the points. But, Serbia’s defender and captain, Sava Randjelovic, beat the buzzer. A second before the end, Randjelovic found the net, and the Olympic champions recorded an 11:10 win.

The match Italy-Croatia saw a few big twists and turns. At halftime, it stood 5:5. Croatia took control after the middle break and entered the final quarter leading 9:7. Early in the fourth period, they stretched the margin to three (10:7). Croatia had a 11:9 lead. However, the Croats ran out of gas at the finish of the game. Italy made a comeback. They netted three goals (Di Somma, Cannella, Fondelli) and grabbed a 12:11 lead. Croatia had the last possession in the game but failed to equalize. Italy collected three points and kept a chance to finish 1st and win the trophy. The Italians need a 2-goal victory over Serbia to climb to 1st place.