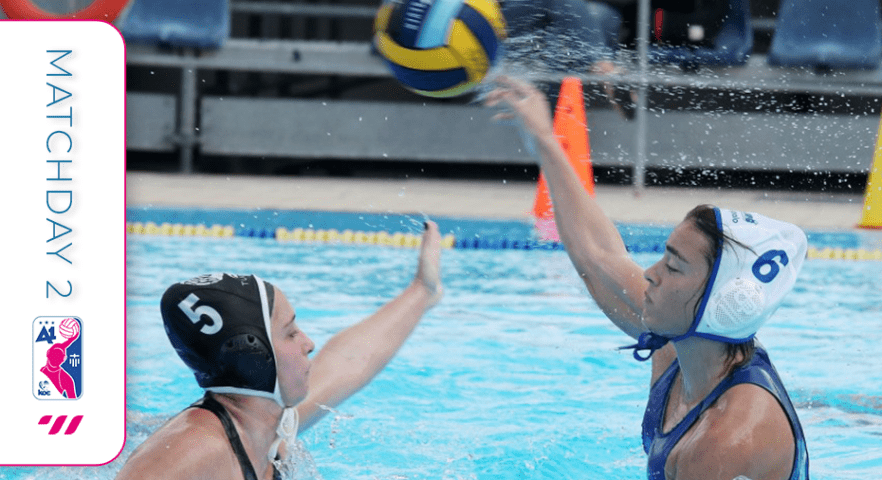 The second matchday of the Women’s Greek A1 was largely uneventful, until the very last game of the day, which saw the newly promoted Alimos defeat the reigning LEN Trophy holders, Ethnikos 8-7.

The win very much confirms that Alimos will be a force to be reckoned with this season, and a result that is very worrying for Stefanos Leandros and Ethnikos.

It was certainly a day to remember for both promoted teams, as Peristeri also won –  recording their first ever victory in Greece’s top flight, beating Rethymnou.

Alimos secured an enormous victory tonight, beating Ethnikos 8-7. It was a goal from Aussie Stinger, Lena Mihailovic, 24 seconds from time that secured the points in the biggest result in the club’s history.

The newly promoted side were in front for the entire game and led 7-5 going into the final period. The reigning LEN Trophy Champions did well to level it off, but a last-gasp goal from Mihailovic gave Vangelis Pateros’s side a famous victory.

The result is seismic. It would normally be unthinkable for a team that just got promoted to beat a team that won the LEN Trophy the season before. However, Alimos had such a good transfer window, while Ethnikos lost so many of its best players, that this result could be very significant come the end of the season.

The reigning champions put twenty goals past their opponents for the second weekend running with a 25-8 home victory over Larissa. It was their younger players who ran the show today, with Foteini Tricha (6), Stefania Santa (5), and Sofia Tornarou (3) doing the most damage in front of goal.

Peristeri have secured their first ever win in the top flight of the Greek A1, with a deserved 8-4 victory away from home in Crete against Rethymnou. Vangelis Patras’s team started well, but four goals in the last quarter sealed the three points. Twenty-two-year old Angeliki Kolitsopoulou was significant, scoring three goals.

After a tense draw last week, Thodoris Andreakos’s side are off the mark in the league with a dominant display over PAOK. While it took a while before we saw the first goal (14 minutes), two goals from Iris Wolves got Glyfada going. A quad from Eleftheria Foundotou led the goal-scoring in the second half.

After a decent point on the opening day against Glyfada, Vouliagmeni made sure of the three points today against the visiting AEK. The Nautical Club leaped to a 9-1 lead in the first half, and were untroubled after that, despite a little resurgence from the Athens-based club. Eleni Elliniadi netted five times.

Panionios got their second win of the season today after a routine display over Patra. Christina Kotsia and Maria Bogachenko each contributed ten goals in the game, with Kotsia hitting six and the Israeli international converting four.