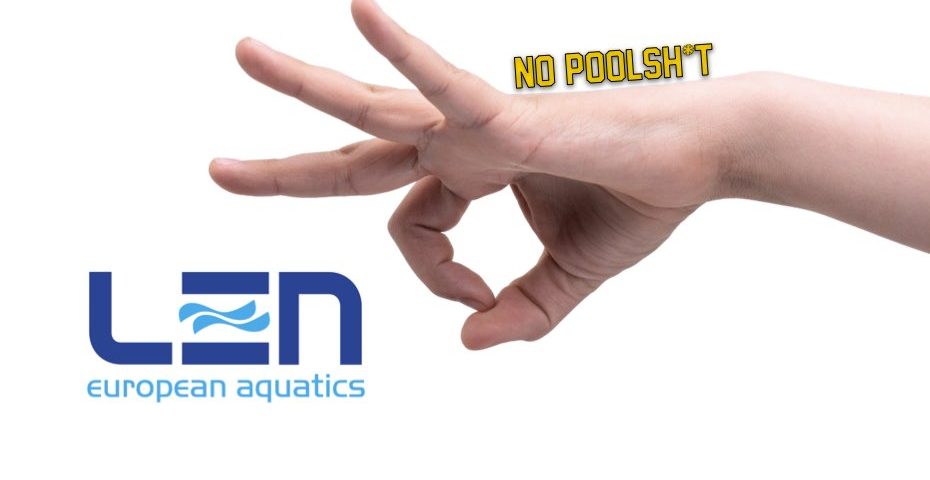 This weekend, LEN congress was held in Budapest where European federations decided that they don’t support the work of LEN Bureau. An extraordinary congress will be held in Paris on February 5, where the new leadership will be elected.

Ten months ago, Paolo Barelli was re-elected for his third term as LEN president, with a clear victory (86-13 votes) over Giles Sezionale of the French federation. The tables have turned on Saturday.

Because these congresses are actually political stages with a lot of legal jargon and procedures, I’ll try to explain what happened on Saturday using simple words.

At the beginning of the congress, several federation representatives pointed out their dissatisfaction and bombarded President Barelli with questions concerning non-transparency in work, Swiss police investigation, and lack of communication with FINA.  Following that, all members were taken to a vote in accordance with the agenda.
German president Marco Troll asked for a secret vote on behalf of 10 federations. According to the Constitution this had to be accepted.

Discharge of the LEN Bureau was also one of the points of the agenda. Simply put, the federation delegates express their confidence in the Bureau. With 46 votes against and 44 votes in favour, members decided that the Bureau isn’t performing as expected. Immediately after the votes were presented, president of the Portuguese Federation, Antonio Silva, handed the Secretary General of LEN a request for an extraordinary congress signed by members of 24 European federations, including Germany, France, Russia, Greece, Switzerland… The topic of the congress is Dismissal of the actual LEN Bureau and Election of a new Bureau.

Given that Barelli’s house of cards has finally collapsed, we will get a new LEN leadership in early February 2022 and they will have the opportunity to repair all that has gone wrong in the last ten years while also starting everything that has never been done. And we all know that water polo requires a lot of effort.

We can be sure that Paolo Barelli will attempt everything he can to obstruct this decision, and that he will use well-known political trading tactics to shift the votes back to his side.

I have to admit I’m really impressed with their consistency in avoiding reality and covering up any facts that don’t work in their favour. Here you can see the official press release they have sent out to the media. Not a single word about anything I mentioned above! 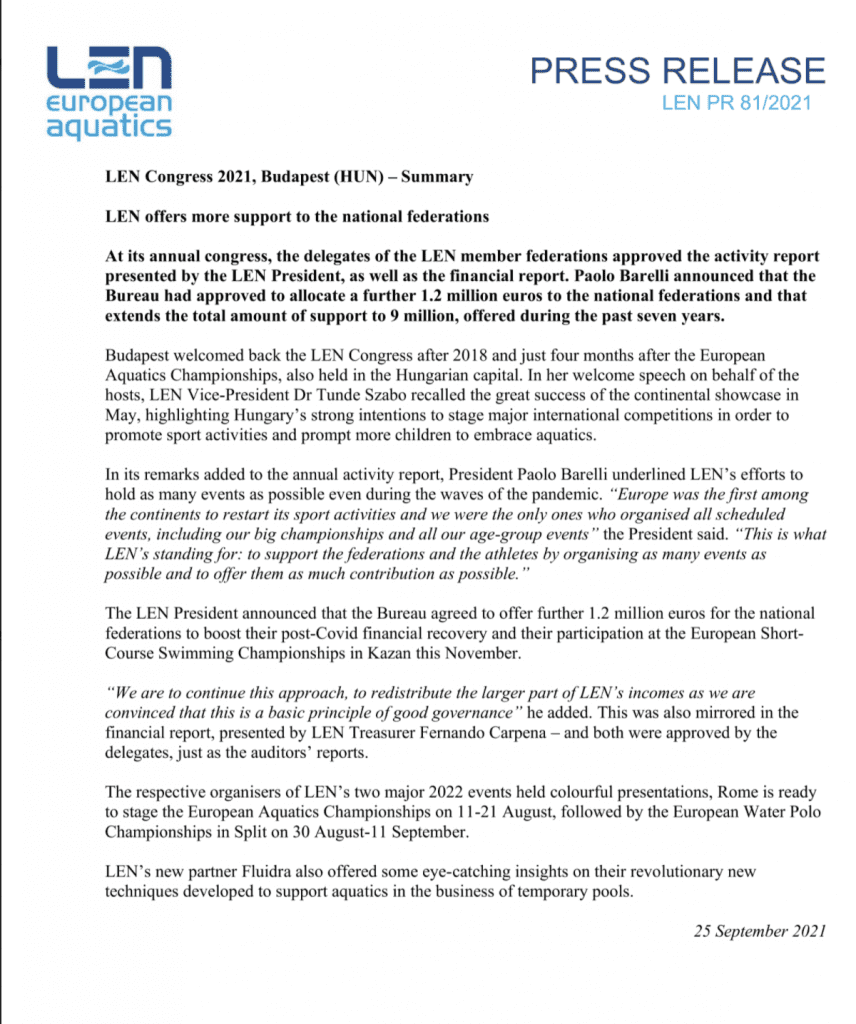 I’d like to advise Mr. Barelli to abandon all attempts to postpone these changes. If you truly love the water sports you claim, you must be aware that water polo doesn’t not have any time to spend while you are trying to defend your honour and ego. Ten years of free fall were enough, thanks.

I’d also like to warn the federation representatives that we’ll place special emphasis on investigative journalism and will publish any information about vote trading.