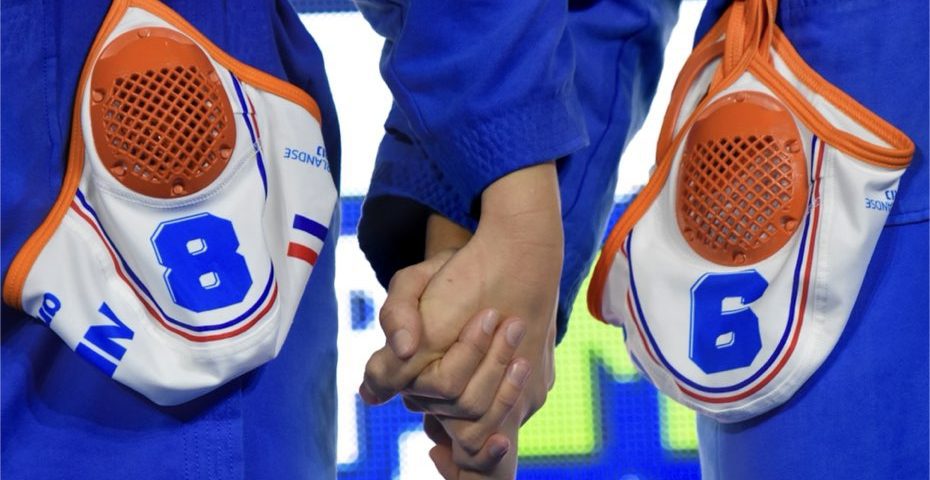 The Women’s World Junior Championships began today in Netanya, Israel, as the water polo world turns its focus on some of the best female players under the age of 20.

The opening day of fixtures provided us with eight largely enjoyable games, but there were no significant surprises on any of the scoreboards.

There were wins for Russia, Spain, Greece and the Netherlands, while Hungary and Germany also secured victories.

The hosts, Israel, treated their home fans to a fantastic and well-earned win over Serbia, to put them in the driving seat to qualify for the last eight.

Greece opened their tournament with a well deserved victory over Mediterranean rivals, Italy. 5 goals from Ioulia Anna Kontoni, as well as hat-tricks from Eirini Ninou and captain Maria Myriokefalitaki ensured they are in the driving seat to seal the top spot in the group.

Elsewhere, a second-half goal haul from Jamie Julique Haas inspired her German side to victory over Slovakia. The game was level at half-time, and even four goals from Slovakia’s Nela Mesterova was not enough to salvage her side a point.

Italy will have to recover quickly from their defeat to Greece as they face stiff opposition in the form of Germany tomorrow, while Greece look to be favourites as they take on Slovakia next.

Spain got off to the start they would have hoped for with a well earned win over neighbouring France. Elena Ruiz was unsurprisingly on super goal-scoring form with five in the match. Her sister, Ariadna, was also on the scoresheet with two. France’s Ema Vernoux, who was a key feature of France’s U17 side in Sibenik a few weeks ago, netted twice.

The Netherlands had an extremely comfortable start against South Africa with all the outfield players on the team finding the back of the net. Nikki Meijer bagged five, while three players (Moolhuijzen, Schinkel and Streatfield) scored 4 goals.

Tomorrow we will see the first big clash of the tournament, as Spain face the Netherlands in what will surely determine the winner of Group B.

The hosts Israel got off to a great start with a relatively comfortable victory over Serbia. Despite a close first period, the Israeli’s took the initiative in the middle two quarters of the game, thanks to vital scores from Noa Sasover and Nofar Hochberd.

Israel will next take on Argentina, who also won their first game as the Argentinians secured two important points with a victory over fellow South American, Peru. Ludmina Ianni and Florencia D’onofrio both grabbed three goals each, with many of the other nine goals being spread amongst six scorers (Lombardo 1, Sampedro 1, M. Bacigalupo 2, Auliel 2, A. Bacigalupo 2).

The reigning champions Russia began their title defence with a comprehensive victory over Brazil. Keeping clean sheets in the opening and concluding quarters, the Russians scored at will. Regina Galimzianova found the net four times, with Yulia Lapteva and Daria Bunakova each converting on three occasions.

In the final game of the day, Uzbekistan were trounced by Hungary – who kept a clean sheet for 25 minutes until Sokhibakhon Sayfiddinova finally netted for the Asian representatives. Every Hungarian in a white hat scored, with captain Kinga Peresztegi-Nagy having a particularly fun time infront of goal, scoring six times.