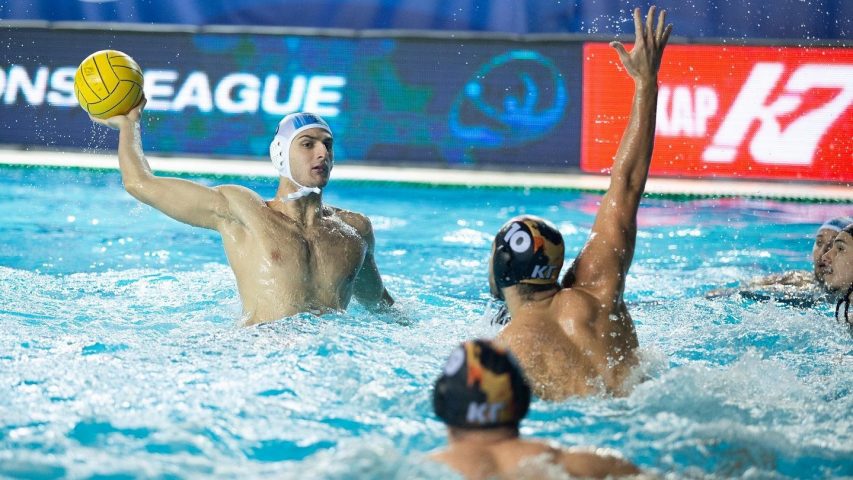 Novi Beograd made another step towards a new trophy.

The Regional League winner beat Radnicki convincingly and easier than expected in the first match of the Serbian League final. At the end of the game, eight goals separated the big rivals, which have fought hard battles this season – 17:9.

Sabac surprised Partizan at the start of the 3rd-place playoffs.

A quick exchange of goals opened the game. The first period saw even 11 goals (9 action and 2 with an extra player). Novi Beograd took a one-goal lead four times in the first six minutes, but Radnicki leveled four times – until 4:4. The visitors had no response after Drasko Gogov’s hit the back of the net for 5:4. Novi Beograd continued the series with two goals in the last 42 seconds of the first quarter and entered the second period leading 7:4.

2021 Total Player Dusan Mandic opened the second period converting a penalty shot to give the hosts an 8:4 lead. The Regional League winners built a 5-goal advantage in this period (9:4 and 10:5), but they lost Olympic champion, defender Nikola Jaksic, who was excluded for a protest at the finish of the second quarter. Before the exclusion, Jaksic played very well in defense, while he led the attack with three goals.

Several Novi Beograd’s players were pressured by personal fouls, but the hosts kept control. In the 21st minute, Nikola Lukic managed to cut the deficit to three goals – 8:11. Still, Dusko Pijetlovic replied immediately, he found the net from a difficult position for 12:8. That was the score at the last break.

In the first minute of the fourth period, Dusan Mandic found the net from the deep left (13:8). Drasko Gogov made it 14:8 and there was no way back for Radnicki.

“After an early exclusion of Nikola Jaksic, who is one of the pillars of our team in defense and plays excellently in attack, I was a little bit afraid because several of the players were close to the third personal foul. I modified the strategy of our defense. And it worked. We kept our rhythm and recorded a convincing win, although it wasn’t as easy as the result says, Igor Milanovic, Novi Beograd coach said.

“In my opinion, Novi Beograd had a better motivation and a desire to win. We mustn’t let ourselves that a team that is much more experienced than us, and has four double Olympic champions and players who won everything they could on the roster, has a bigger desire to win than us. We will try to fix our mistakes and improve our play for the match in Kragujevac. We want to prolong the final and play another game in Belgrade this season.”

The second match is in Kragujevac on Saturday.

Sabac upset Partizan in the first match of the 3rd-place playoffs. The visitors, led by Ognjen Stojanovic, who started playing water polo in Partizan’s school, jumped to a 6:2 lead by the middle break. They had a 7:2 advantage early in the third period. Partizan started coming back. The hosts cut the deficit to one (9:10), but Stojanovic responded with his 6th goal for 12:10. Partizan scored just a consolation goal after that.

As expected, Crvena Zvezda defeated Vojvodina in the first match of the battle for a ticket for the LEN Euro Cup.

Mladost finished in 3rd place in the Croatian Championships.

The third game between Mladost and Solaris was an even contest, just like the previous two matches. Solaris entered the final period with a slim 7:6 advantage. But, Mladost dominated the final period. The hosts scored three unanswered goals and earned a 9:7 lead. Solaris’ eighth goal came too late – just 27 seconds before the end.