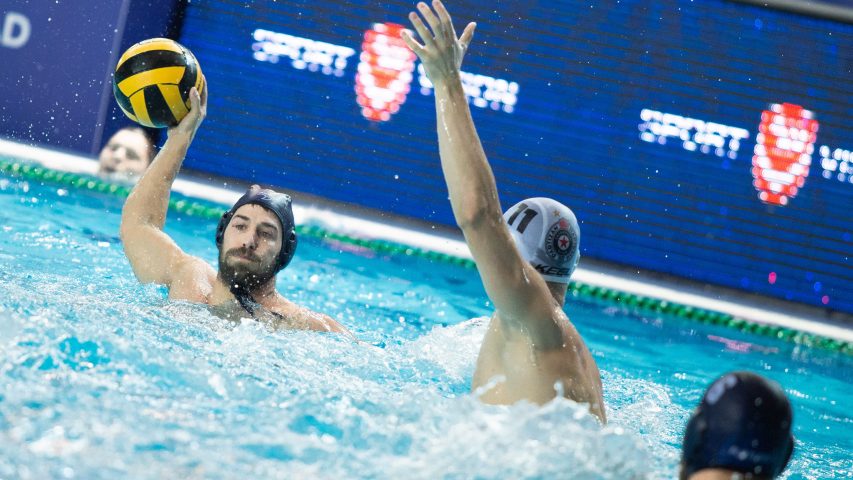 The big match of the day in Belgrade was an encounter between Novi Beograd and Partizan. Novi Beograd continued its winning streak with a hard-fought victory 12:9 and finished the tournament with six wins in as many games. Mladost defeated Jadran Herceg Novi narrowly in a very interesting match (12:11), while Šabac beat Budva (12:11)

The fifth round in Split offered less excitement. Favorites recorded more or less convincing wins: Crvena Zvezda – Mornar 12:8, Jadran Split – Primorac 15:8, Radnički – Solaris 16:11. Jadran Split and Radnički are unbeaten, but Jadran is ahead of Radnički, since it recorded four wins and a draw, while the Serbs collected 11 points (three wins and two draws).

Group A (Belgrade), Round 7 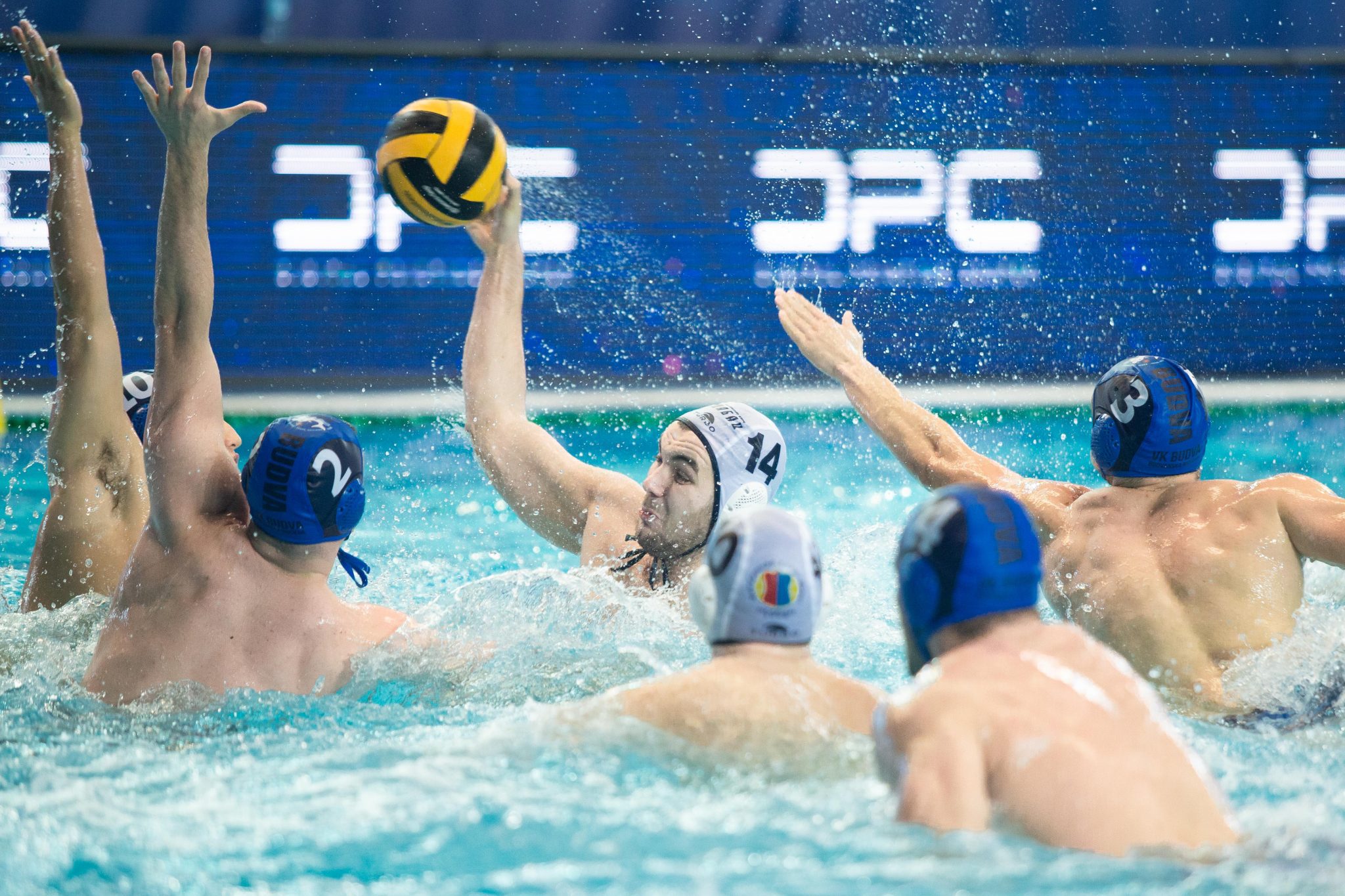 Savo Ćetković (Šabac), the best scorer of the match, surrounded by former teammates from Budva All photos from Belgrade by Đorđe Kostić/VK Novi Beograd

Šabac achieved the second victory in the 2021/22 Premier League, while Budva remains the only team that has no points after the first stage. But, the game was an even contest until the middle of the third period. There were a lot of twists and turns. In the 28th minute, it stood 6:6. Then, Latinović put Budva in front (7:6), but Šabac responded with four goals. The Serbs earned a 10:7 advantage (26th minute) and that was decisive for the outcome. The best scorer was Savo Ćetković, who arrived at Šabac from Budva last year. He netted four goals. 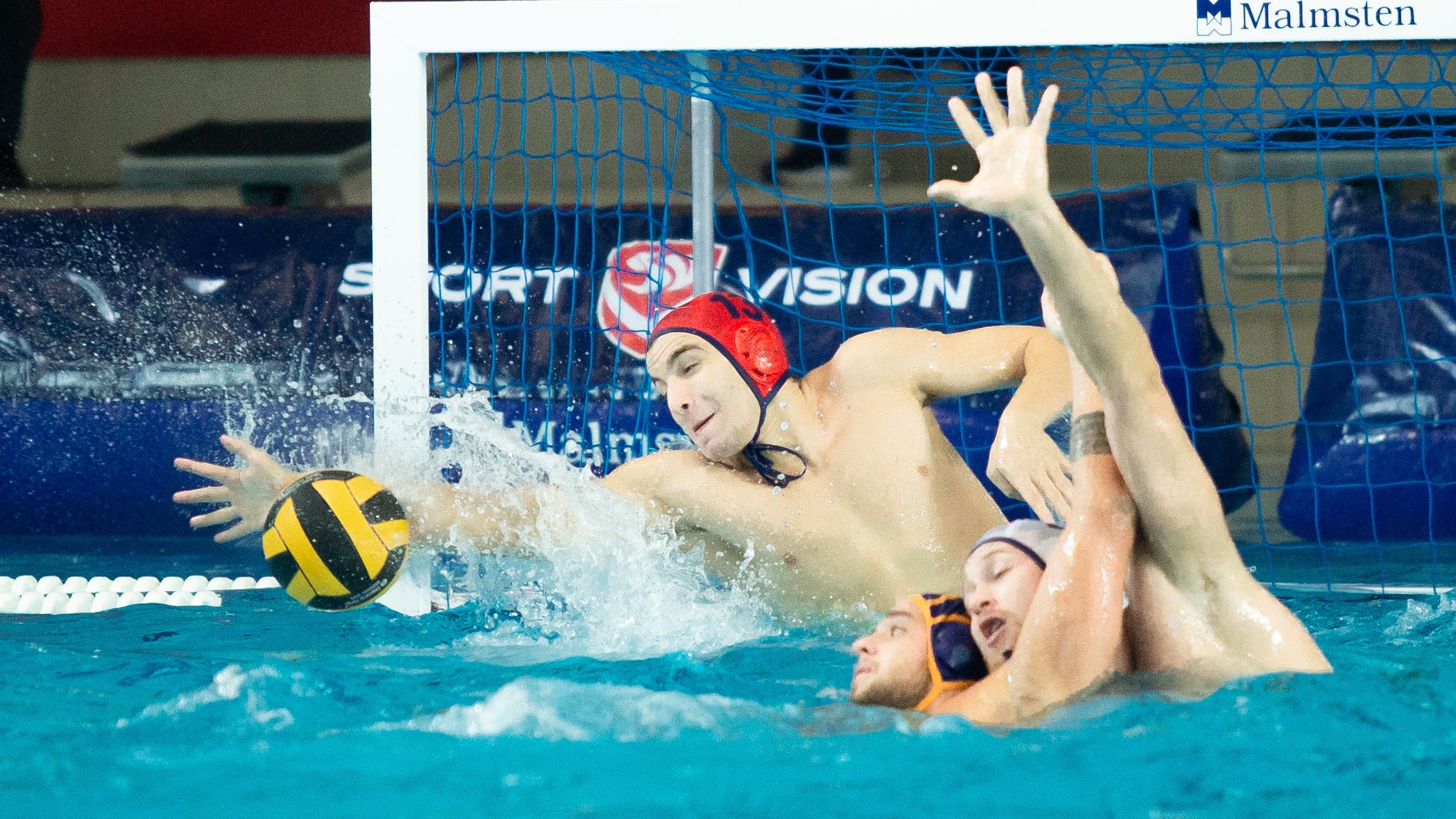 Mladost edged out Jadran in a game that was open until the dying seconds. Mladost led for most of the time, Jadran went in front just once (6:5 in the third period). But, the difference was never larger than a goal in the first half. Early n the third period, Mladost went to 8:6 and 9:7. The Montenegrins caught up with the rival in the 23rd minute (9:9) and again (10:10) with just 22 seconds to go in the third. Still, Mladost’s Dašić closed the third period seven seconds before the buzzer for 11:10.

There were no goals for a while in the fourth quarter. Three minutes from the end, Jadran had a great chance to level at 10:10. The Herceg Novi-based side forced a penalty shot, but a young goalkeeper Jurlina saved a shot from Danilo Radović. A minute and a half later, Mladost had a penalty shot. Marin Dašić made no mistake. He sent the ball into the net from the 5m line for 12:10. But, immediately after, Danilo Radović responded with a nice action goal, and the game entered a thrilling finish. Jadran had the last possession and earned a man-up five seconds before the buzzer, but the Montenegrins lost the ball, and Mladost celebrated a 12:11 victory.

“I am glad because my players managed to show character and to display a good performance at the end of the tiring tournament played in inhumane conditions (too many games in a few days – Ed) . The win against a good and young team of Jadran is compensation for the games against favorites when we played very well but lost. In my opinion, Mladost had a greater desire to win and that was the crucial factor today”, Zoran Bajić, Mladost head coach said and added that his team deserved the three points.

“I am satisfied with how we played the entire tournament, but we failed to crown the series of good performances with a win. Jadran is a young and inexperienced team and that, together with tiredness, reflected our game today. There were a lot of mistakes and misses. We conceeded too many easy goals. We will try to eliminate these weaknesses in the following period.” 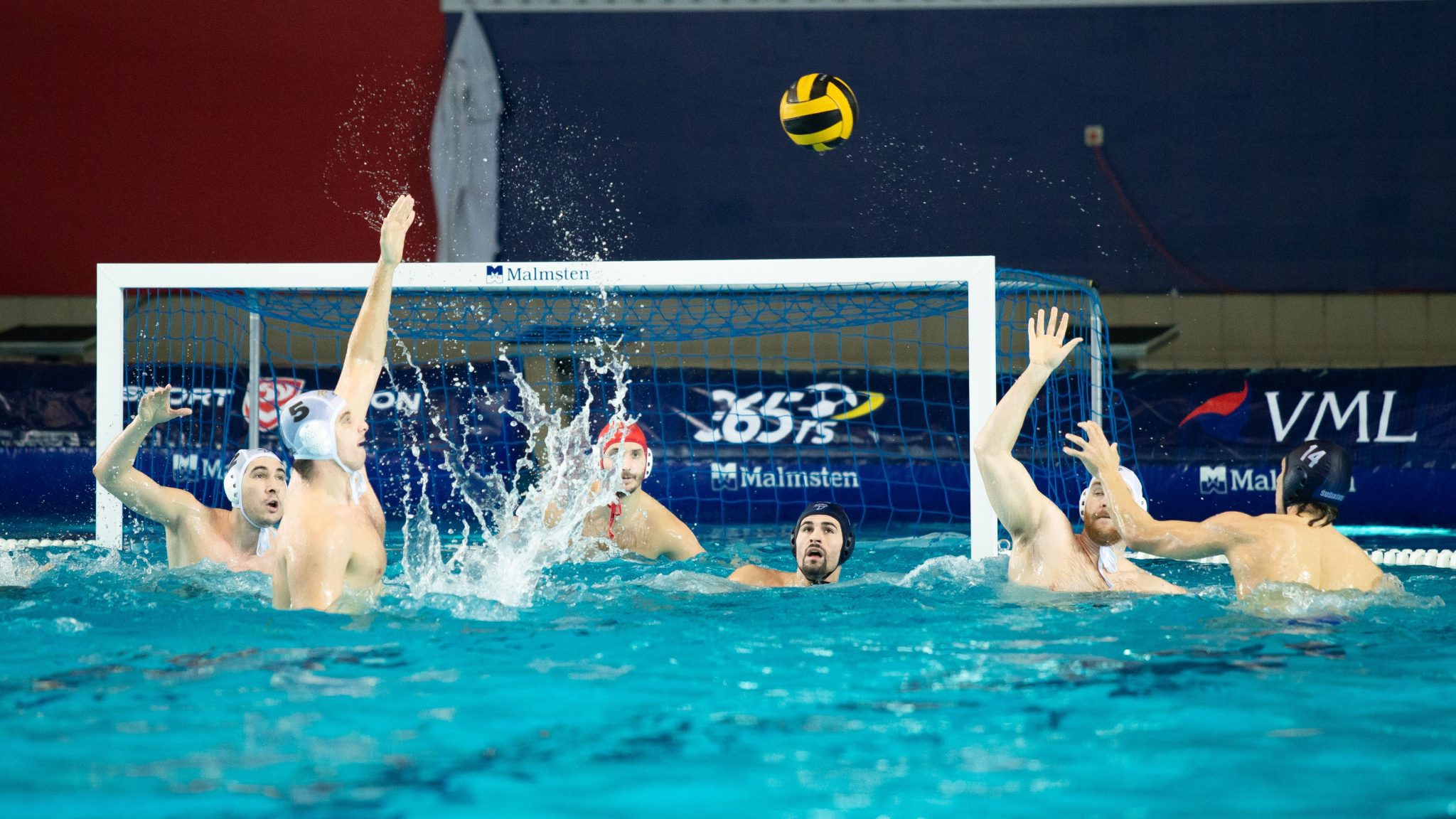 All photos from Belgrade by Djordje Kostić/VK Novi Beograd

Novi Beograd demolished Partizan in the national league’s match (20:6) less than a month ago, but today’s encounter was completely different.

Partizan stopped Novi Beograd’s high-class goal-getters in the first half of the match. Goalkeeper Dimitrije Rističević, who posted eight saves in the first and second periods, commanded his defense excellently.

Bowen gave Partizan a 1:0 lead, while Novi Beograd got on the scoreboard only in the 5th minute, (Strahinja Rašović). A tight defensive battle continued after the first break. Twentytwo seconds before the end of the second period, Novi Beograd earned a two-goal advantage for the first time (Mandić converted a penalty for 4:2), but 19 seconds after, Alex Bowen responded with a power-play advantage and only a goal separated the rivals at halftime.

Novi Beograd widened the margin to three (6:3) in the 6th minute of the third. A minute before the last break, Partizan’s leftie Lazar Vićković converted a man up to make 4:6, but one of the best left-haded players in the world and former Partizan’s star Dušan Mandić responded immediately for 7:4. Brothers Strahinja and Viktor Rašović scored a goal each in the first three minutes of the fourth for 9:5. Partizan put a lot of effort into a comeback, but Novi Beograd didn’t let the “black-whites” go further than reducing the gap.

“It was hard for the players, coaches, and referees to endure the whole tournament. But, I think that my team is even stronger than it was before the first stage of the Regional League. During these five days we have shown that we made progress, the games against quality teams are very important for our shape. After all, the results are the most important, we are atop the table. We want to stay there after the 13th round, and to bring the Final Four in this pool, Vladimir Vujasinović, Novi Beograd coach commented.

Miloš Korolija, Partizan head coach can be satisfied, considering that his team was an equal rival to the favorite for most of the time:

“Novi Beograd played without two important players – Jakšić and Vučinić, all teams are tired so, none of the sides showed their best in the last round. But I can be satisfied with my players’ motivation, they were ready for this challenge, and the result proves that we had made significant progress since our previous game against Novi Beograd. We are on the right track.

After two losses in the derbies (to Radnički and Jadran) Crvena Zvezda recorded a win in its third game played in a span of 25 hours. The Belgrade-based side ruled the field in the first half. Mornar cut the deficit midway throughout the second quarter (2:4), but the Serbs regained a 4-goal lead quickly after. In the third period, Zvezda went to 8:3 and Mornar couldn’t endanger their victory.

Jadran defeated Primorac as expected, but the Montenegrins proved as a tough opponent, although Jadran started very well. The Croats earned a 3:0 lead. However, Primorac erased the deficit in the 9th minute (3:3). By the end of the first half, Jadran rebuilt a 3-goal lead (6:3 and 7:4) and controlled the game until the end. From that point on, the distance was never smaller than three goals.

Randički started slowly but controlled the match. In the middle of the third period, the title-holder gained a five goal advantage (11:6), and maintained the difference until the final buzzer.

All points will be carried from one to another tournament. The teams that didn’t face in the first stage will meet each other in the second and the third stage.