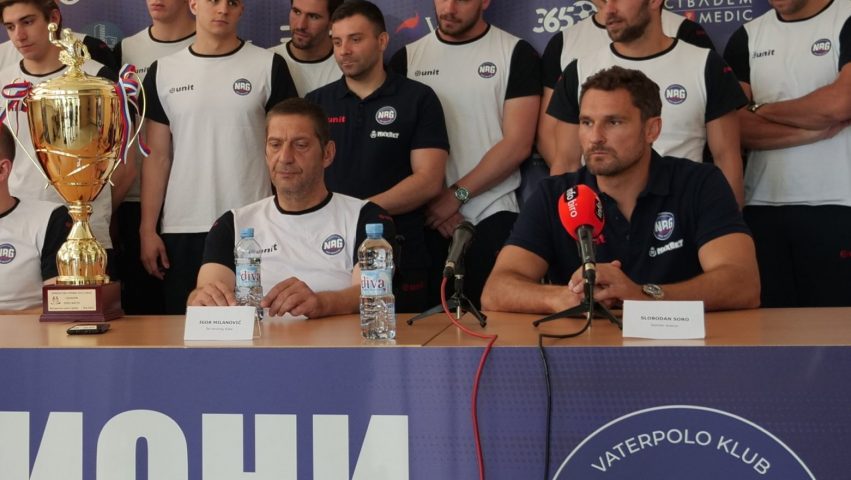 Novi Beograd confirmed that Igor Milanovic had left the club, and that he wouldn’t coach the club in the following period.
The club said they had found information about Milanovic’s departure in the media.

“We read Igor Milanovic’s statement that he is no longer our coach in sports columns in newspapers. For us, he was one of the potential solutions. We thought that he could lead our team in a long-term period in the best possible way.

We are sorry that he decided to share this information with the media first and not with the club. Still, that does not change our attitude towards him and our great gratitude for everything he has done in these three months. In this case, we have to find other options and solve one of the most important issues for the functioning of the club as soon as possible.

Once again, we would like to thank Igor Milanovic for the correct attitude and the achieved results, as well as to wish him luck in the continuation of his coaching career.”, Slobodan Soro, the director of the club, said in an official statement.

It’s true that Milanovic told some Serbian media that he had left Novi Beograd. But, he said nothing more and didn’t want to comment on why he departed the club.

Igor Milanovic will take over Olympiacos, and that should be confirmed soon.

The club negotiates with the former captain of the national team of Serbia Zivko Gocic, who coached Szolnok until this summer. The coach who won the Hungarian League and the LEN Euro Cup guiding Szolnok almost agreed. Serbian website Sportklub writes that it’s expected that Novi Beograd will promote Gocic as a new coach in a few days.