Novi Beograd and Jadran Split in the Regional League final 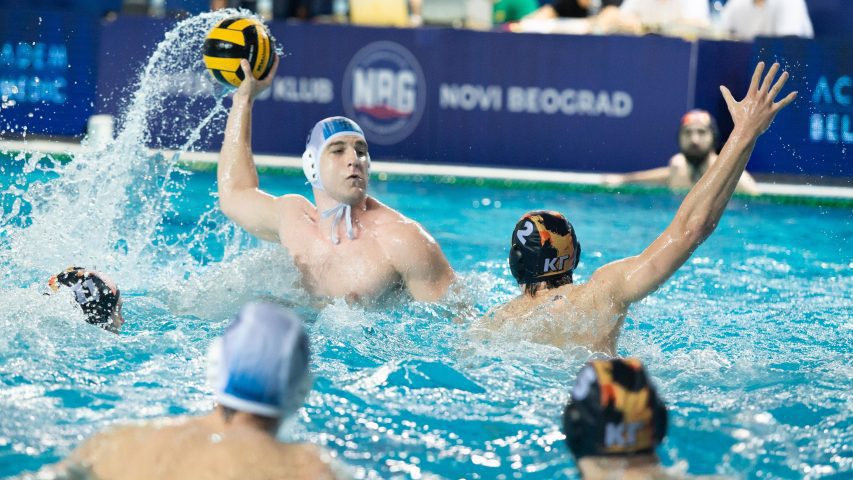 Novi Beograd will battle for the first trophy in its history tomorrow. Novi Beograd beat Radnički in the first semifinal of the Regional League Final Four and dethroned the Kragujevac-based side from the podium.

The game was an even contest until the fourth quarter. The hosts scored four unanswered goals in the final period. They earned an 11:7 lead in the 30th minute, and there was no way back for the visitors.

Play by play and statistics powered by Total Waterpolo Arena

After a hard defensive battle in the first half, Novi Beograd entered the third period with a slim 4:3 advantage.

Novi Beograd’s Vlachopoulos scored an opener in the 2nd minute, while Dušan Mandić doubled the hosts’ advantage. Both defenses worked very well, but Novi Beograd’s was almost flawless in the first quarter and a half. Radnički got on the scoreboard in the 12th minute, after Nebojsa Toholj scored from a 6 on 5. It was the first converted man-up in the game. Until that moment, Novi Beograd missed five, and Radnički four man-ups.

Toholj opened the series of five goals in three minutes. Shortly after he broke Radnički’s deadlock, Stefan Brankovic netted a fine goal from the distance and the Kragujevac-based side leveled at 2:2. The sides weren’t tied for a long. In the next possession, Nika Shushiashvili scored from a double man-up for 3:2. An experienced Miloš Ćuk fired the ball from 7 meters for 3:3, but Nikola Jakšić closed the first half with an action goal (4:3).

A tremendous battle between the opponents of the same quality continued after a 3-minute break. The teams continued running neck and neck, but there were more goals than in the first two quarters. Radnički leveled at 4:4 in the 18th minute, and after that, an exchange of goals started. Novi Beograd took a one-goal lead twice (5:4, 6:5), but Radnički equalized on both occasions. Two minutes before the last break, the visitors went in front for the first time, Pljevančić hit the back of the net for 6:7. Strahinja Rasovic replied in the next possession (7:7). As the end of the quarter was approaching, it seemed, that neither of the teams will have an advantage before the final period. But, Greek Angelos Vlachopoulos beat the buzzer. In the last second of the third, he scored from a tricky shot and surprised Dobožanov to give the hosts an 8:7 lead before the final quarter. 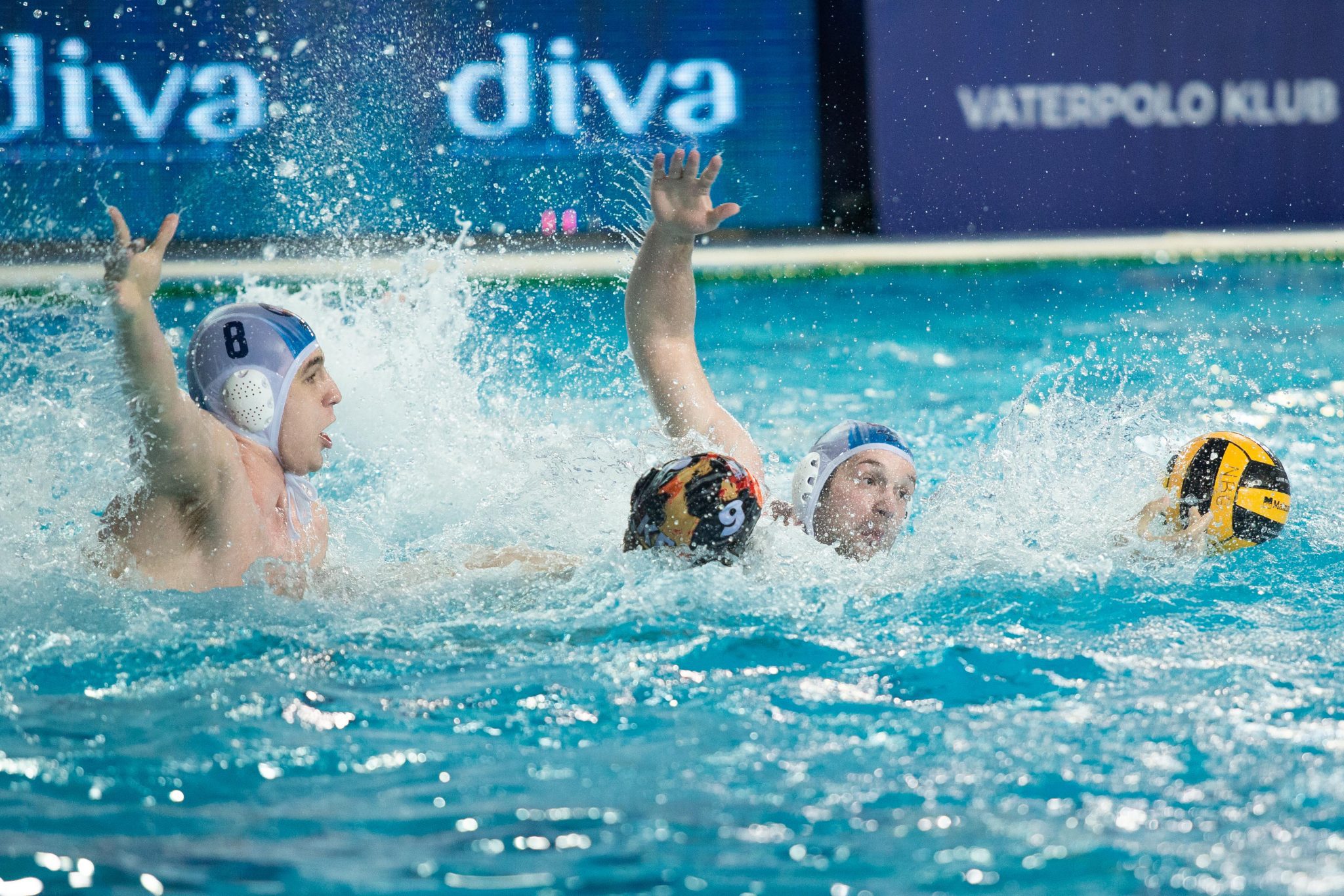 Novi Beograd scored two goals in the first three minutes of the final period (Pijetlovic and Drasovic with an extra player), and went to 10:7. For the first time, three goals separated the rivals. Two and a half minutes from the final buzzer, the hosts forced a penalty shot. Dušan Mandić sent the ball into the net from the 5m line for 11:7 and that was the end of the contest. After Novi Beograd’s 5:0 series, Radnički couldn’t come back anymore.

“The game was an even contest until the fourth period, but we could build a 3 or four-goal advantage already in the first half, after a good 2:0 start. Still, we let Radnički come back. Radnički is an excellent team. It took the opportunity and kept up with us until the final period. I think that our 5 on 6 defense was crucial for the outcome. Our goalkeeper Gojko Pijetlovic was excellent today. If Radnički had scored a few more goals with a power-play advantage, the game would have been open until the end.”

“We did our best, but Novi Beograd was better today and deserved the win. The game was tough. We made some mistakes in crucial moments in the 3rd and the 4th period, and that was the main reason why we were defeated.”

The Croatian derby in the semifinals was something completely different compared to the encounter between the Serbian clubs, which was a defensive battle in the first half.

The match Jug-Jadran turned into a scoring festival. The team from Dubrovnik took a flying start, and netted two goals in the first minute (2:0). Midway through this period, Jadran leveled for the first time (3:3). Jug regained a 2-goal advantage after Kakaris netted for 5:3 with just 12 seconds to go. But, that wasn’t the end of an action-packed first period. Jerko Marinic Kragic converted a man-up in the last second of the quarter for 4:5.

The Dubrovnik based side dictated the pace for most of the second quarter. Their attack worked very well, but they couldn’t build an advantage bigger than two goals. In this quarter, Jadran’s coach Mile Smodlaka switched goalkeepers – Mate Anic replaced Ivan Marcelic, but it didn’t stop Jug’s high-class scorers. Jug had a 7:5 and 8:6 advantage. The teams entered the 16th minute tied at 8:8. Kakaris added his fourth goal 42 seconds before the middle break, to give Jug a 9:8 advantage.But, the Croatiaian Cup wnner responded with two power play goals in the last 30 seconds of the quarter (Šetka and Marinić Kragić). Just four seconds before halftime, Jadran earned the lead for the first time (10:9).

At the start of the third period, Ivan Jurišić replaced Toni Popadić in front of Jug’s goal. Shortly after,Ivan AMrcelić returned to the water po replace Anić. The teams consolidated their defenses after that changes, but the flood of goals didn’t stop.This quarter offered a few twists and turns. Jug regained a lead (11:10, 12:11). Butić put Jadran in front with an action goal in the 22nd minute. A minute after, Fatovic leveled from a counter attack (which started with an excellent Jurišić’s save) – 13:13. That was the last goal in the quarter. The rivals entered the final period tied , but

Jadran had to continue without its leftie Konstantin Kharkov and centre Antonio Duzevic, who each earned his third personal foul in the third quarter. 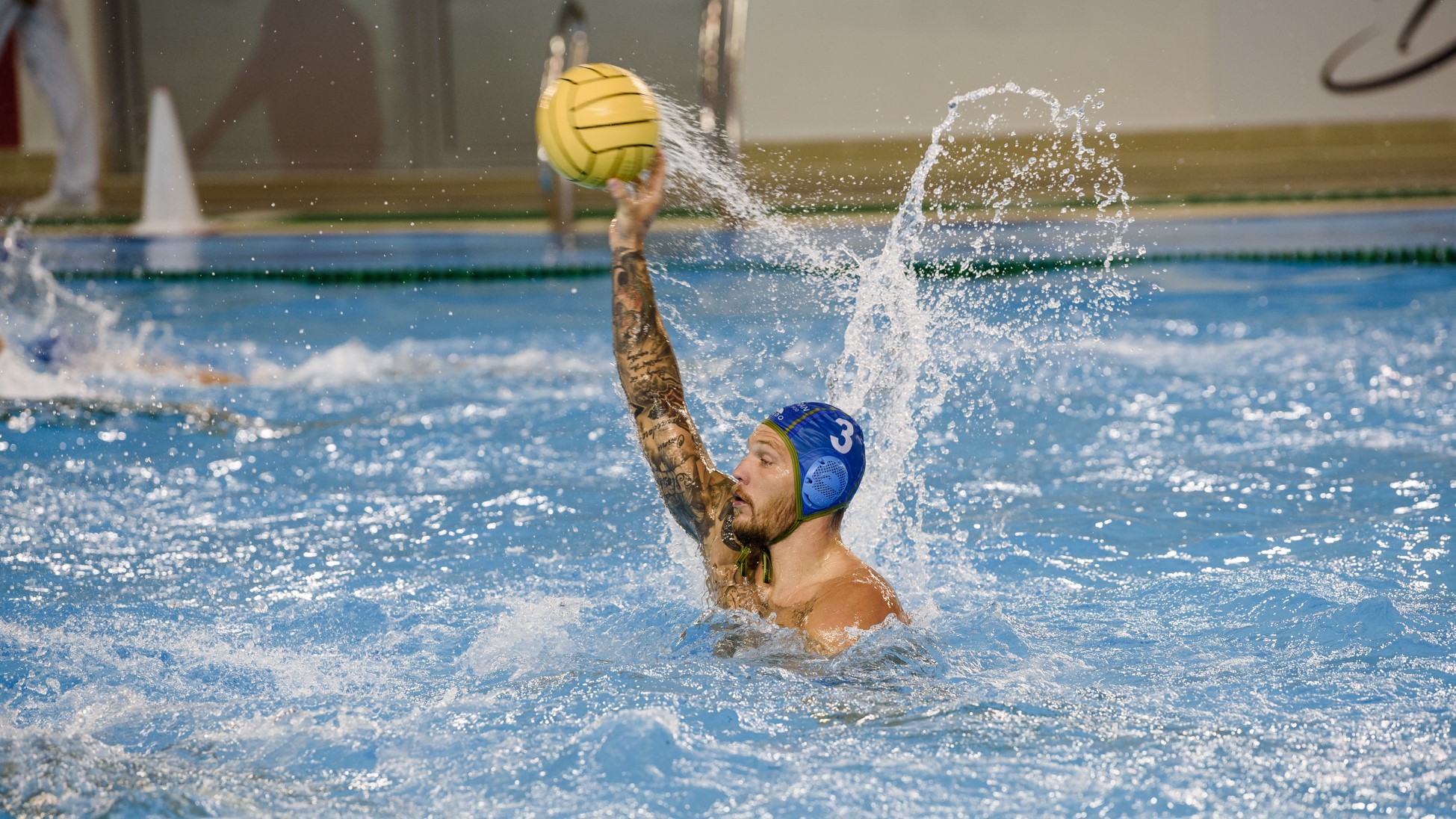 Jadran, led by Jerko MArinic Kragic, led for most of the fourth period. Jug leveled at 14:14, 15:15 and16:16. But Jug had no response after the Split based-side netted two back-toback power-play goals (Bukić and Burić), gained a 18:16 lead (02:25 before the end), which proved vital for their win.
The hero of the match was Jadran’s Jerko Marinic Kragic who had an outstanding shot percentage (7/10).

-Jadran is a team that has several very good individuals. This time it turned out that I was the one who stand out and led the attack, but it could be somebody else. This win is a result of a team-effort. We had ups and downs, but we managed to overcome all problems at the finish of the game. We entered the fourth quarter with two players less, and left without the third in the early stage of the 4th quarter. Still, we found our rhythm. As for the final, Novi Beograd is the favorite, but that means nothing. We know what we are able for, and all qualities of our rival. It’s sure that we will do our best.

-Unlike the previous few games against Jadram, this time we entered the match very well, and started dictating the pace from the beginning. I am disappointed because we didn’t win despite the good start. Both teams had ups and downs Jadran handled better in the end of the game with a lot of goals, they were a little bit luckier.