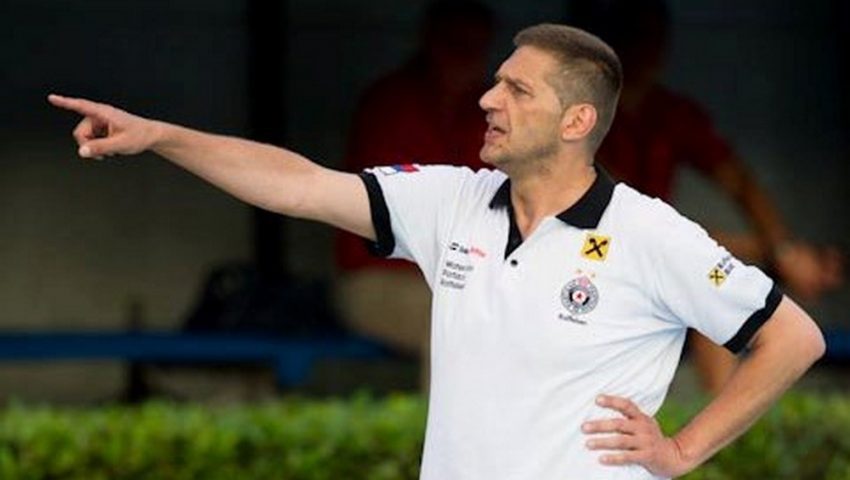 Novi Beograd has confirmed that the club’s management had appointed Igor Milanovic as the new head coach.

An unofficial piece of information regarding Milanovic’s arrival appeared two days ago. Today, Novi Beograd announced that the legendary player and coach Igor Milanovic would guide the club in the following period.

More details will be known tomorrow when Milanovic will be officially promoted.

The club thanked Dejan Jovovic, who was the head coach temporarily, after Vladimir Vujasinovic’s resignation. Coaching Novi Beograd, Jovovic recorded three wins in the Champions League (over Dinamo and Barceloneta in Belgrade and over Brescia in Italy), three victories, and a defeat (to Crvena Zvezda) in the Serbian Championship.

“We thank Dejan Jovović for helping the club in a very difficult moment, waking up the team from lethargy. He helped us overcome the period of the result crisis in the best possible way. He achieved several important European victories and proved to everyone that this is a quality team. Dejan Jovović, as one of the most experienced and best Serbian coaches, remains part of our family. He will continue to work in the club with junior and youth teams, as he has done so far.”, Novi Beograd announced

After yesterday’s victory over Brescia, Novi Beograd, the host of the F8, returned to the battle for the top spot in Group A.

Milanovic, one of the best water polo players ever, has coached six clubs so far – Banjica (Partizan “B” team), Partizan, Pro Recco, Galatasaray, Valis Valjevo and Crvena Zvezda. He led Partizan to the club’s seventh title of the European champion (2011). Milanovic achieved the same success coaching Recco in 2015.

He will debut as Novi Beograd’s coach in ten days at the tournament of the Regional League third stage in Zagreb (March 3 – 6).  The first challenge in the Champions League will be a home game against Ferencvaros (March 30).