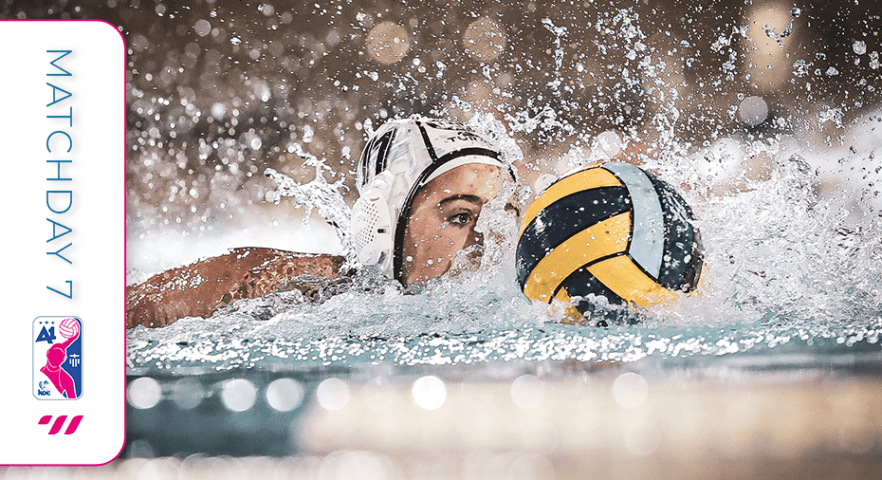 Like all of Europe’s top leagues, there was a reduced matchday in the Greek Women’s A1 due to the Women’s Champions League.

Olympiacos and Alimos NAC are unbeaten after seven matchdays; Olympiacos defeated Rethymnou at the Papastrateio swimming pool, while Alimos defeated Panionios in a battle between two teams from Southern Athens. The next day of the Greek League, on December 3rd, features a matchup between those two undefeated teams. Following a close victory over PAOK, Patra have moved up to seventh place.

Glyfada, Vouliagmeni, and Ethnikos have advanced to the subsequent round of the Women’s Champions League in Europe. Later on today, they will find out who they have been paired against in the next round of competition.

But in Greece, there is now a two week gap before the next games in the domestic league.

Olympiacos’ seventh consecutive victory so far this season was a 16-8 victory over Rethymnou, despite the team’s significant personnel changes.

Having coached the Iranian men’s national team at the Asian Cup, Alexander Ciric returned to lead his team. After last weekend’s victory against Vouliagmeni in a local derby, he provided numerous academy graduates with valuable experience.

Alimos is the only team currently capable of keeping pace with Olympiacos, having defeated Panionios in the South Athens derby for their seventh victory of the season.

Alimos defended tenaciously, preventing Panionios from scoring as freely as they had in previous games. Especially in the second half, Alimos’s forwards possessed the ability to score the goals they needed.

Alexandra Asimaki remains Alimos’s top scorer this season, adding another three goals to her illustrious tally. Lena Mihailovic also added an end-product in the match, with three scores – her Aussie Stinger colleague, Pascal Casey, was Panionios’s leading scorer with a brace in the match.

Patra has surpassed PAOK in their league standings after narrowly defeating them 11-10.

In the third period of a tremendously entertaining game at the bottom of the league, the score was tied at 7-7, but two quick goals propelled the Dolphins to a 9-7 advantage.

While on the losing team, Paraskevi Graikou scored four goals to finish as the game’s leading scorer.