Olympiacos (Greece)and Dunaujvaros (Hungary) will play in the final match of the 2020/21 LEN Euro League.

The derby of the semifinals didn’t disappoint water polo lovers. It was an exciting game, with twists and turns. From the first whistle to the last buzzer, the game was an even contest. The difference between the sides was never more than one goal.
The Hungarians started better and led 1:0 and 2:1. Eleftheria Plevritou put the Greeks in front in the 9th minute, with a power-play goal (3:2). But, UVSE regained a lead in the middle of the quarter (4:3), but not for long, as Maria Myriokefalitaki, the best scorer of the game, equalized, and the sides were tied at halftime (4:4). 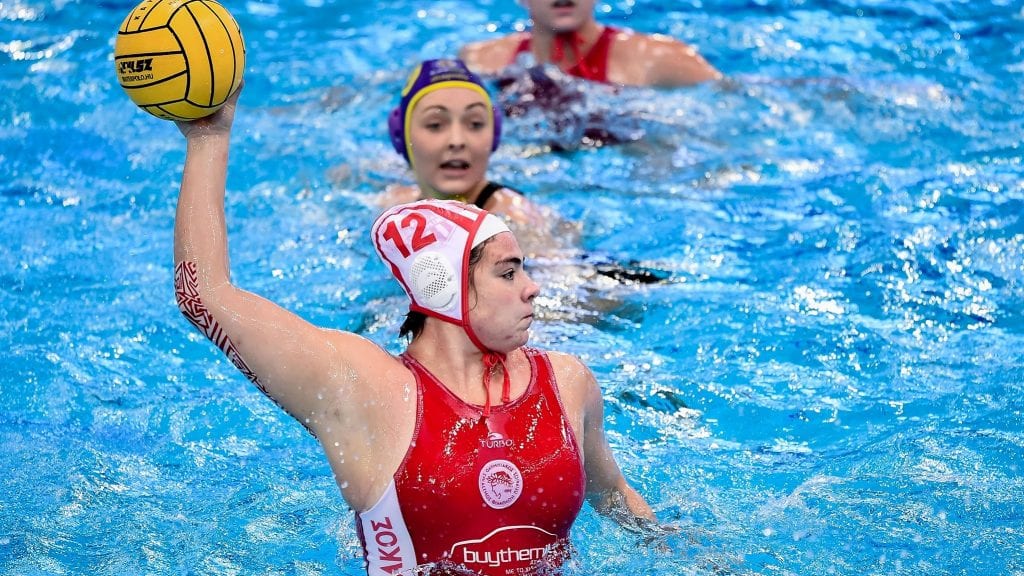 Olympiacos had a slim lead twice in the third period (5:4, 6:5). However, UVSE entered the final quarter with a 7:6 advantage. The Piraeus-based team opened the fourth quarter with two quick goals for 8:7. Rebecca Parkes leveled the score in the 28th minute (8:8). Eleftheria Plevritou found the net from an extra for 9:8 with 03:23 minutes left. It turned out that was the final score. UVSE couldn’t equalize. Just 20 seconds from the end, Olympiacos missed a good chance, and it seemed that UVSE would have one more opportunity to equalize. But, the Greeks managed to grab the ball and earned a new possession. They kept the ball in the last 20 seconds and celebrated a win.

Dunaujvaros started excellently. The Hungarians built a four-goal lead after just eight minutes and a half (6:2). In the 13th minute, the distance between the sides was three goals (8:5). Then Dynamo started coming back. The Russians, led by Ekaterina Zelentsova, scored three straight goals in the last three minutes and a half of the second quarter and equalized – 8:8.

Dynamo extended its series of goals in the middle of the third. Elvina Karimova put the Russians in front (9:8). Dunaujvaros equalized – 9:9, but Dynamo closed the third period with two goals. The Russians had an 11:9 advantage before the final quarter. 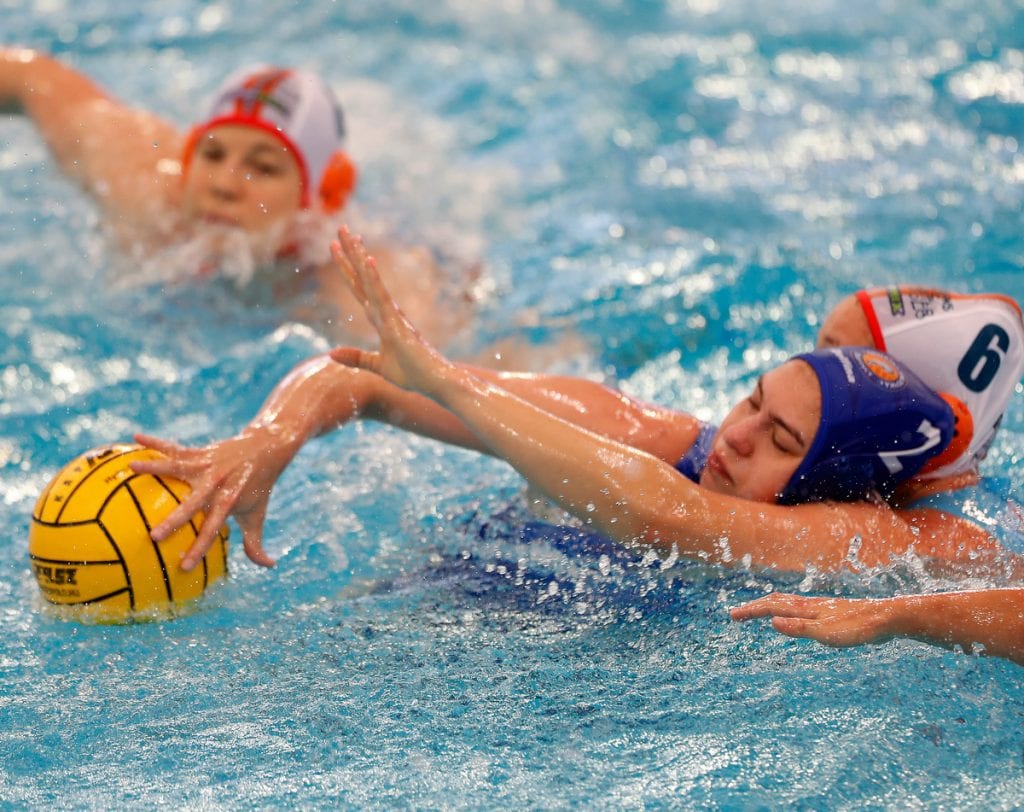 But, a new twist was yet to come. Dunaujvaros produced a 3:0 run in the fourth quarter – Dorota Szilagyi opened this period with two goals, while Brigitta Horvath scored in the 29th minute to make it 12:11. Still, Lapteva responded immediately for 12:12. There were no goals in the remaining time. Both teams tried to score with 7 on 6 in the last minute (goalkeepers joined their teammates in front of the opponent’s goal), but failed to find the net, and the game entered the penalty shootout.

Dunaujvaros’ goalie Aida Magyari was the hero of the shootout. She blocked three shots and helped her team reach the final game. Dunaujvaros will play in the final for the second time in the club’s history. Eighteen years ago (2002/03), Dunaujvaros lost to Glyfada in the gold-medal match.