Olympiacos won its second title in the Women’s Euro League, the first after 2015.

The Greeks edged out Hungarian Dunaujvaros – 7:6 after a hard-fought battle in the final game, played in Budapest this evening.

The third place was won by UVSE Budapest, which defeated Dynamo Uralochka 15:10 in the third-place game.

Both sides started cautiously. There were no goals until the middle of the first quarter. Nikoleta Eleftheriadou converted a 6 on 5 for 1:0 in the 4th minute. She broke the deadlock and opened the series of goals. Four were scored before the first break. Dunaujvaros leveled the score twice (1:1,2:2,) but Margarita Plevritou closed the first period 39 seconds from the end of the quarter – 3:2. 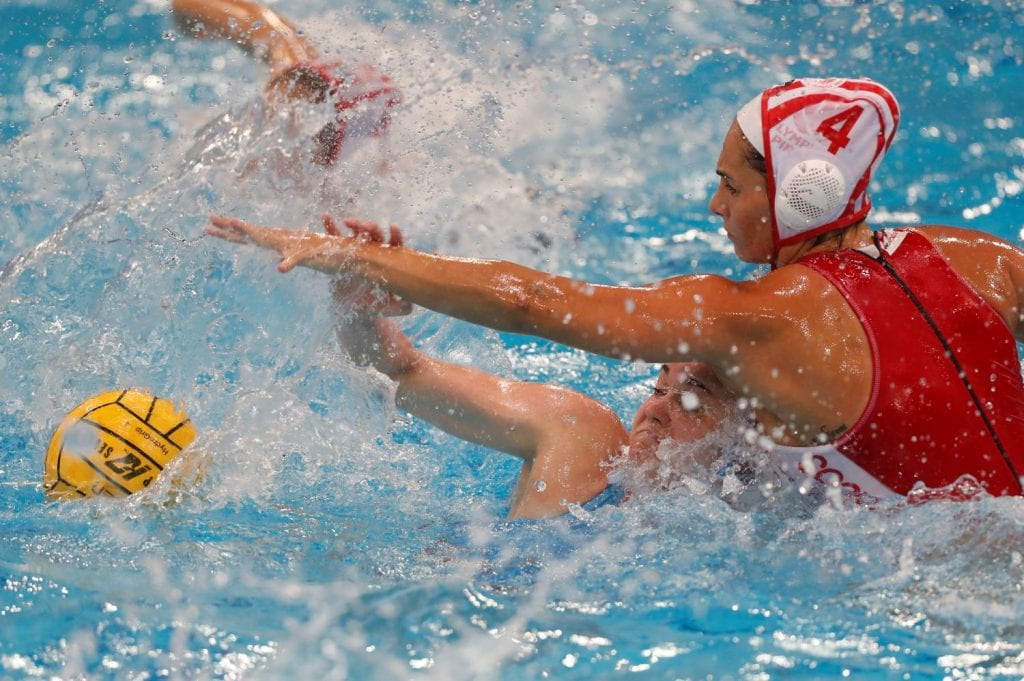 Dorota Szilagyi scored two goals within 44 seconds in the opening phase of the 2nd period and put Dunaujvaros in front – 4:3, but not for long. Vasiliki Plevritou converted a woman up shortly after (4:4). Olympiacos forced a penalty shot 16 seconds from the end. Aikisti Avramidou sent the ball home, and the Greeks had a slim 5:4 advantage at halftime.

The third quarter started in a similar way as the previous one. The Hungarians dictated the pace and scored two goals in a row. This time, Krisztina Garda scored double (an action goal and a penalty shot) and Dunaujvaros took a 6:5 lead in the 21st minute (It should be underlined that Garda and Szilagyi scored all six goals for the Hungarians).

Shortly before Garda’s second goal in this period (fourth in total), Dunaujvaros’ goalkeeper Aida Magyari saved a penalty from Siouti. But, the third quarter was ended in the same way as 1st and 2nd, with a goal by Olympiacos’ player. Two minutes before the last break Christina Tsoukala equalized – 6:6.

Both sides tightened their defenses in the last quarter. The only goal in this period came in the 30th minute. Vasiliki Plevritou scored from an extra for 7:6. After that, Dunaujvaros wasted two power-play advantages. Forty seconds before the end, the Hungarians earned their last 6 on 5. A shot by Dunaujvaros’ player was blocked 20 seconds before the final buzzer, and after that Olympiacos kept the ball. 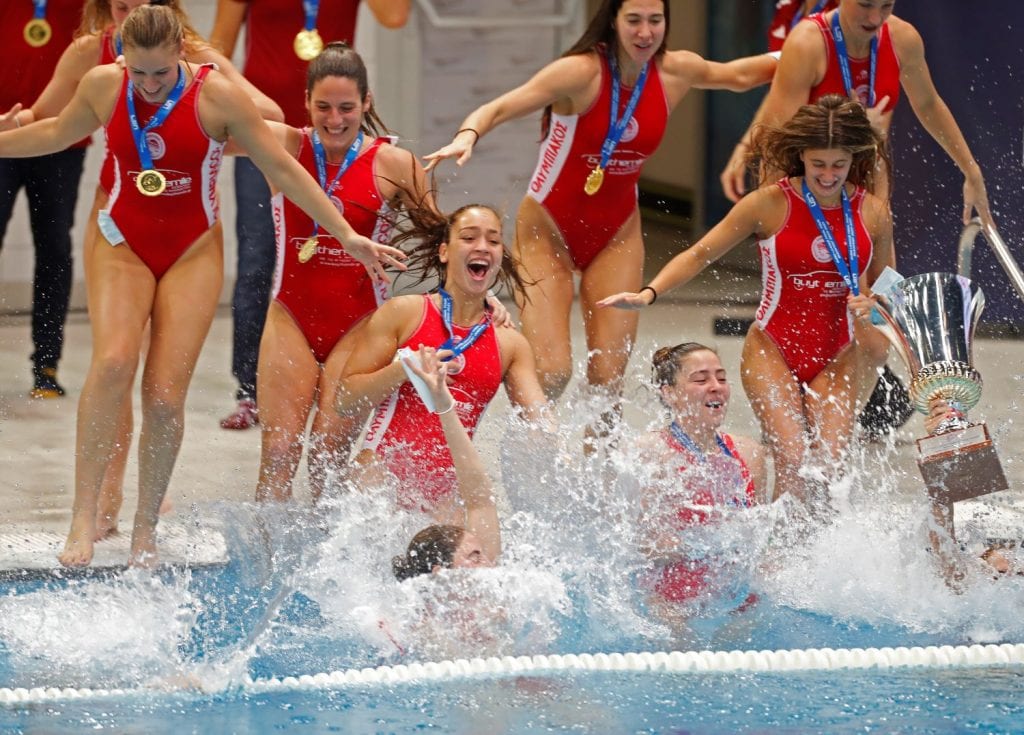 The final result says that defenses, commanded by goalkeepers Chrysoula Dimanatopoulou (Olympiacos) and Aida Manon Magyari (Dunaujvaros), worked very well. Olympiacos scored just one action goal (for 6:6), while five came from extra player shots and one from a penalty shot. Dunaujvaros netted two action goals, one from a penalty and three by converting 6 on 5 situations. There were only 13 goals, but there were a lot of exclusions. Olympiacos committed 15 fouls for exclusions, Dunaujvaros one fewer. 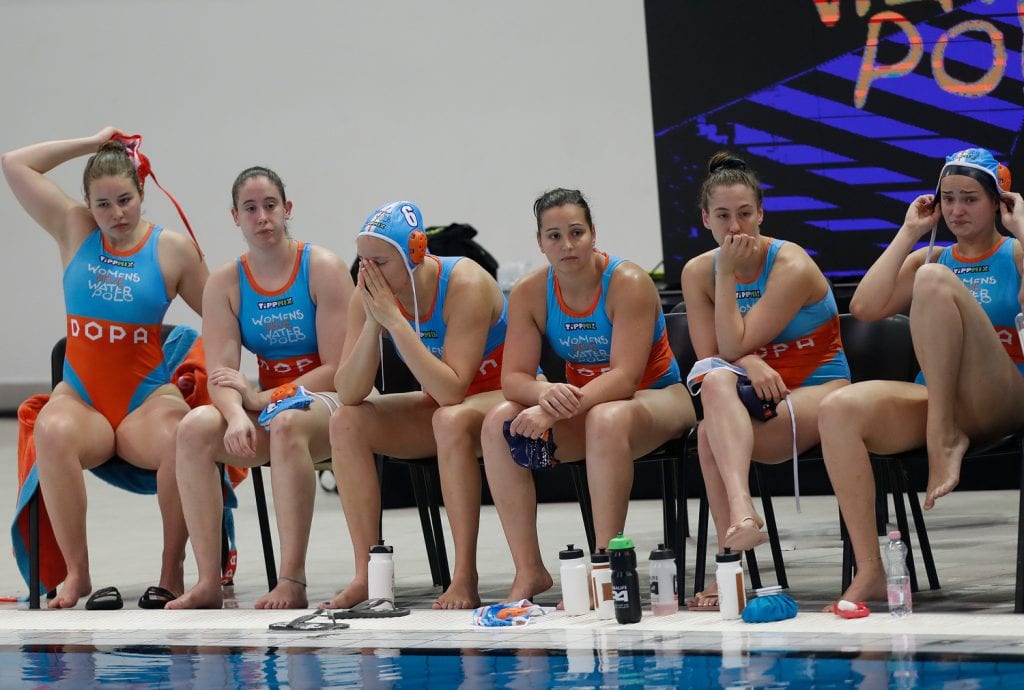 UVSE led throughout the consolation final. The Hungarians grabbed an early 3:0 lead. Dynamo was coming back from time to time. The Russians cut the deficit to one goal two times (3:4,4:5). But, UVSE controlled the match. Midway through the third quarter, Rita Keszthelyi-Nagy scored her 3rd goal for 13:8 and it was clear that Dynamo couldn’t come back. 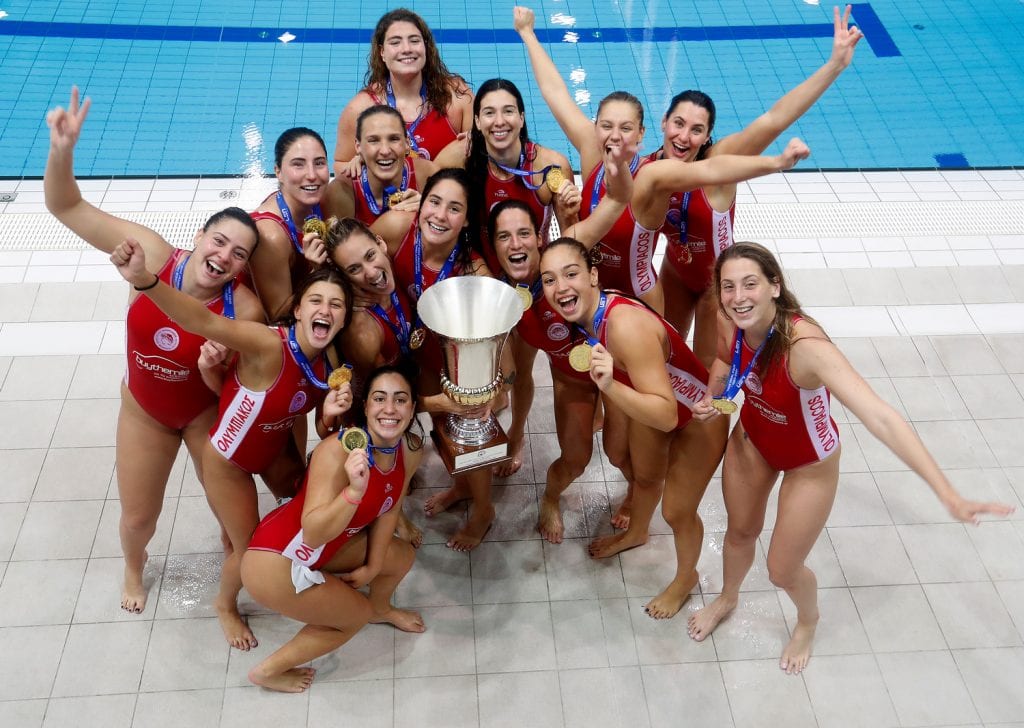