Olympiacos Crushes The Record with a 150-Win Streak 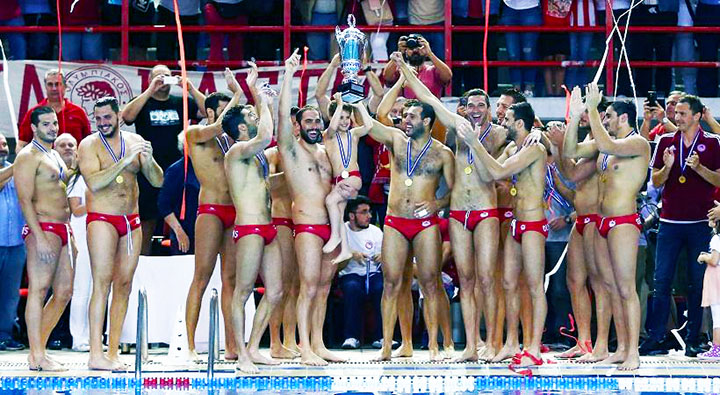 A great achievement has been written to the history of Greek water polo. On Saturday, Greek Men Teams played the A1 League, where Olympiacos got its 150th victory in a row, reports Aquafeed24.

Thodoris Vlachos led the great Olympiacos on an unforgettable journey in which they conquered the national league, as well as achieving numerous victories on the international level. After beating Apollon in yesterday’s match, they hit the 150th consecutive victory.

It took them about six years to hit the mark. More precisely, they haven’t lost a match since 8/5/2013 when they won against Vouliagmeni (5:7). We’re eager to see how far will Olympiacos go in its unbeaten journey.