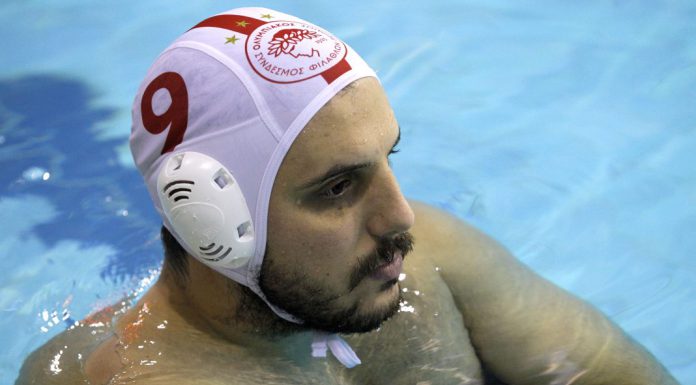 According to sportime.gr, Greek center forward Kostas Mourikis is making a deal with a powerful Italian team.

Pro Recco, the strongest teams in Italian water polo, got their eyes on Kostas. The Italians consider him as an addition to their future team. If this scenario plays out as planned, Mourikis will become the most famous Greek international player in every aspect.

In fact, he will become the first player from Greece to compete in the top Italian and European teams, proof of the quality work he’s been showing in the Greek national team and Olympiacos. The team, with Mourikis at the moment, will try to climb to the top of the European Final Eight.

A successful transfer would be a huge step for Kostas himself and his career. His potential move to Pro Recco would mean the pinnacle of his career, and a result of all the top performances he put on at Olympiacos and wearing the “blue-white” cap.

Konstantinos Mourikis was born in 1988 in Greece. He was a part of the Greek team that won the bronze at the 2015 World Championship. He also competed at the 2012 Summer Olympics with the men’s team.

At the 2016 Summer Olympics, Kostas helped his team get to 6th place. He’s currently playing for Olympiacos – but how much longer will they be able to hold him?