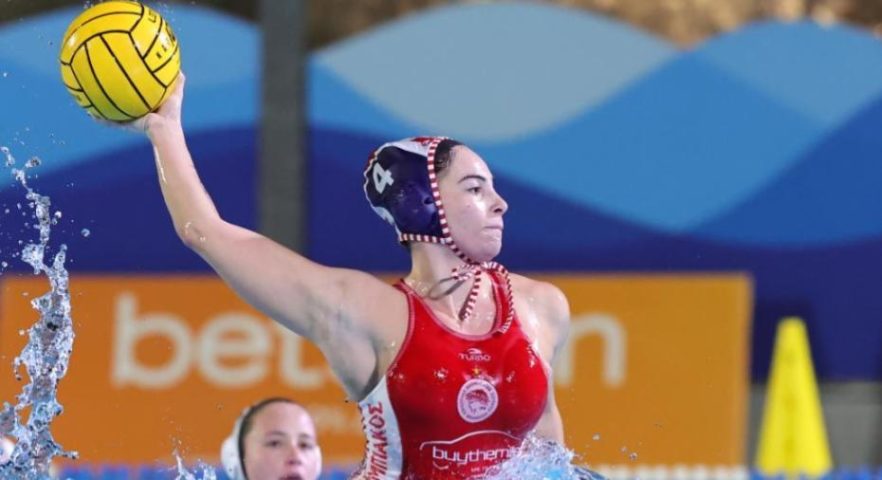 It was a special evening in the Champions League as Qualification Round II kicked off with a number of outstanding games.

The reigning European Champions Olympiacos were nearly undone by ZV De Zaan, but found a winning goal from Nikoleta Eleftheriadou in Group D in Rome (16-15), while Mediterrani scored a extremely fortunate goal in the last second of the game to defeat Glyfada in Group C in Budapest. (10-9).

It was a good evening for the Spanish clubs. In addition to Mediterrani’s victory, the Spanish contingency in Group B in Eger both enjoyed victories: Sabadell bettered FTC 10-5, while Mataro were significantly better than their hosts, running out 13-5 winners.

Eger were the only hosts who failed to win on the opening night. Roma had a five-goal advantage over Vouliagmeni (12-7), and Plebiscito demonstrated their superiority against ZVL with a 14-6 victory. UVSE made life difficult for themselves, but deservedly prevailed 10-8 over Ethnikos.

Dunaujvaros were held to an 11-11 draw against Italian champions Ekipe Orizzonte in Padova.

Despite a strong start, Attila Mihok’s team was pegged-back by the eight-time European champions in a match the Italians had hoped to win but were relieved not to lose.

Lili Dorina Dobi, who scored five goals in the game, led Dunaujavros to a 3-0 lead in the first period with a two-goal contribution. However, Ekipe improved as the first half progressed, with Claduia Marletta and Alice Williams leading the comeback for Martina Miceli’s squad.

And it was Williams, one of Ekipe’s two Aussie Stingers, who eventually rescued a point in the game for the side from Catania, with a cool finish from a 5m penalty (0:56).

Tomorrow, Padova can advance to the quarterfinals of the competition with a win against Dunaujvaros. ZVL faces off against Ekipe Orizzonte at 7 p.m. CET tomorrow in a pivotal late game.

Sabadell sailed to an easy 10-5 victory over Ferencvaros with little to no difficulty.

Bea Ortiz and Sabrina Van der Sloot’s braces aided the Spanish Champions in their victory over Fradi, who had a difficult time recovering from a poor start. Sabadell led 7-2 at the turnaround, and crushed any hopes of a Fradi resurgence.

David Palma’s team has a chance to advance to the quarterfinals when they face the home team Eger tomorrow.

Eger had a difficult match against Mataro today, with Rita Keszthelyi scoring six goals in her debut with her new club in her native Hungary.

The Spaniards were superior from the beginning, and like their compatriots, Sabadell can secure a spot in the final eight with a victory over FTC tomorrow.

Sarah Lizotte’s bizarre deflected shot with less than a second remaining secured a monumental victory for Mediterrani against Glyfada.

Lizotte, the captain of Mediterrani, scored three goals while Axelle Crevier, Clara Espar, and Paula Prats each scored twice. Gabi Palm performed admirably in goal, making an outstanding penalty save in the first half that proved crucial.

The game was a really gritty encounter. There wasn’t too much quality from either side, but the scrappy nature of the game added to the entertainment value.

There were twists and turns throughout the game, but neither side was dominant.

Eleftheria Fountontou and Iris Wolves both scored hat-tricks, with the Dutch centre having an especially impressive performance.

In the second game, UVSE made things much more difficult than they needed to be, but ultimately prevailed 10-8 over Ethnikos.

UVSE were absolutely dominant in the first half of the game, but they sleepwalked into allowing Ethnikos back into the match in the third period – which featured nine goals (four more than the first two quarters combined).

The score was tied at 8-8 in the final period, but a rocket from Kamilla Farago and a counterattack goal from Kata Hajdu secured a victory for Marton Benczur’s team on opening night.

There were braces in the game for Vanda Baksa and Kinga Peresztegi-Nagy – both of whom had solid games. Alda Magyari was exceptional in the first half, saving one of the two penalties that Ethnikos missed.

Ethnikos now need to repeat their heroics from earlier on in the season against Glyfada when they face each other tomorrow. Defeat for either team will guarantee their exit from the competition.

The reigning Euro League winners, Olympiacos, were anything but convincing in their first Champions League game of the season. They were pushed extremely hard by a dogged De Zaan, but ultimately triumphed by a single score (16-15).

On the goal-scoring front, Nikoleta Eleftheriadou bagged a double hat-trick. Greek stars from their European Championship triumph in Split, Foteini Tricha and Eleftheria Plevritou, both netted three goals each.

A lot of credit must go to the Dutch side, who deserved much more than they ultimately got. They played with a lot of spirit, fighting back from two goals down on two occasions, and were not fazed by the prowess of the team in front of them.

Zaan were 1:21 away from securing a surprise draw, but Eleftheriadou’s sixth and final goal denied Mick van den Bree’s side something from the game.

In the second game in Ostia, Roma had to come from behind to defeat Vouliagmeni (12-7).

Eleni Elliniadi’s brace and Stamatina Kaiafa’s goal in the first quarter gave the Nautical Club a 3-1 lead, but Roma found a way to tie the game before the break (4-4).

A double score from Roma’s in-form Domitilla Picozzi, and a second goal from Aussie Abby Andrews put Marco Capanna’s team in the ascendency, before two more scores in the last from Picozzi sealed an important first victory for the Italians – who sit top of their domestic league, and on top of Group D.