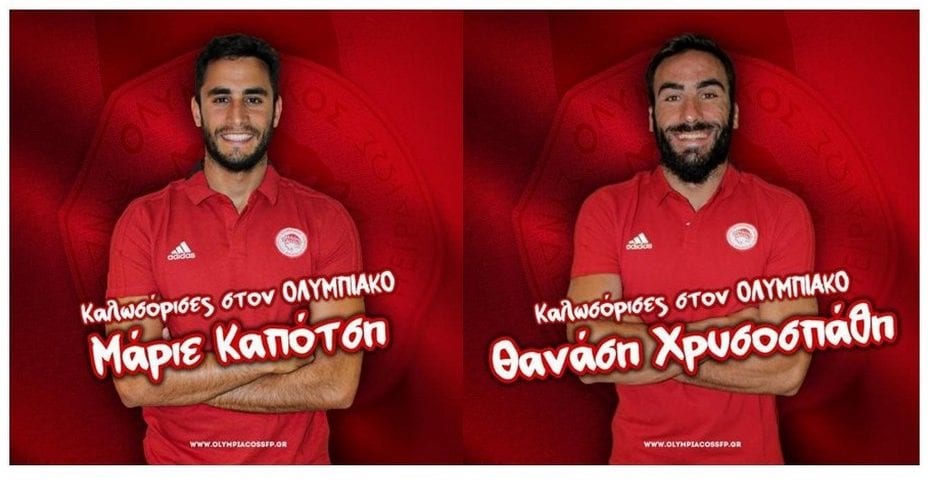 Olympiacos, the champion of Greece, started building the team for the upcoming season.

The Piraeus-based club announced that it had signed contracts with two newcomers – Marios Kapotsis and Thanasis Chrysospathis.

According to the Greek media, Olympiacos’ next addition might be Max Irving, the player of the Team USA, who played for Ydraikos in the recently finished season.

PAOK Thessaloniki will have two Serbs on the roster. As we reported, Filip Radojevic joined this club, while Nikola Radonjic, who arrived in PAOK in January, renewed the contract. Radojevic and Radonjic were teammates in Partizan.

A 36-years-old goalkeeper Thomas Gavalas returned to his first club Ethnikos Piraeus. He left Ethnikos in 2006, and after that, he played for Palaio Faliro and Glyfada.