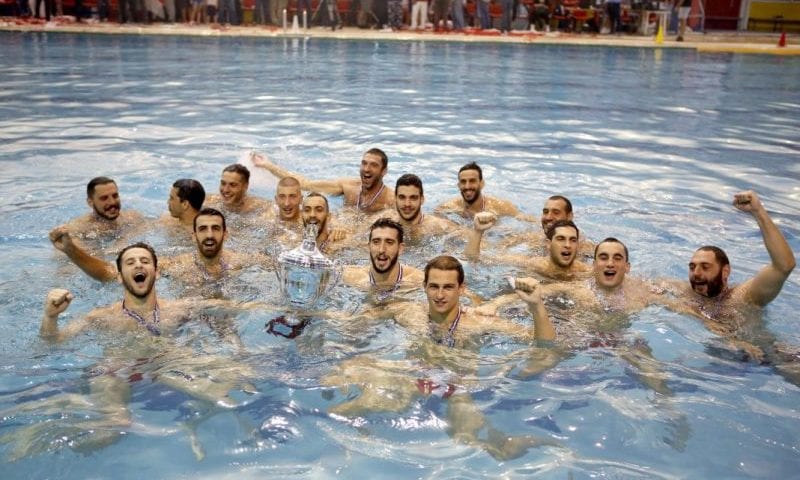 This was the third match of the Greek Finals, and Olympiacos already won two games before the final one, in which they showed they cannot be beaten. In addition, this was their 32nd championship in history. 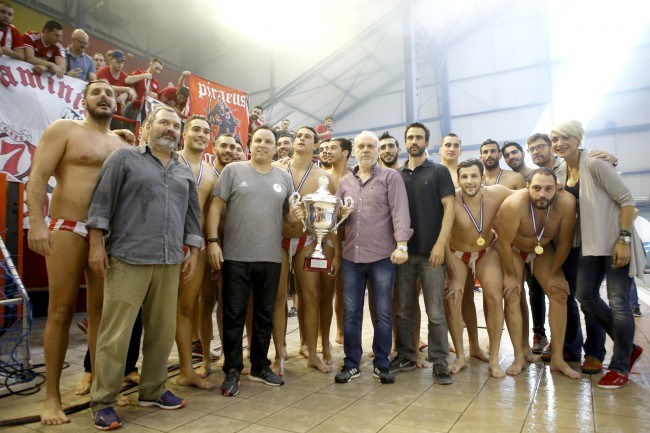 Vouliagmeni, with their coach Kostas Loudis, came to Piraeus to play the decisive match of the finals. They started strong with 1:3, and held the advantage until the end of the first quarter. It was a promising, even possibly game-changing result led by a bad play of the red-whites. The whole time during the first quarter, there was nervousness in the water, especially as Vasic scored the first goal for Vouliagmeni. He was followed by Capotzis but then Mylonakis reduced the score to one goal difference (1-2). At the end of the quarter,  Kapotsis netted the last goal for Vouliagmeni (1-3).

A red card marked the second quarter as Vouliagmeni’s Artin Elmiyan protested strongly against the referee and the secretary. Nonetheless, the battle continued and Olympiacos reduced the score to 3:4, coming very close to Vouliagmeni with the goals from Alexandros Gounas and Delaka. 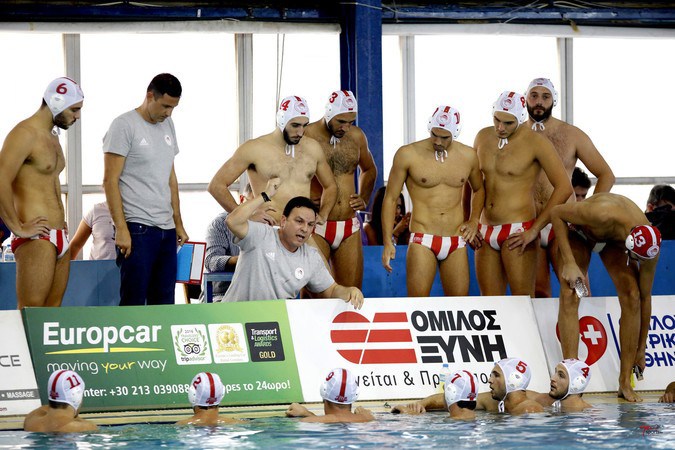 At the start of the second halftime, another red card occurred on Vouliagmeni’s side of the pool. Chrysospathis was thrown out of the match. That opened an opportunity to Olympiacos, which they used to balance the score to 4:4. In the middle of the quarter, they finally took the lead with the goals from Ghenadouni and Obradovic.

The third quarter was sealed with Gounas and Mourikis continuing Olympiacos’ streak, ending the quarter with 7:4.

There was a lot of protesting from Vouliagmeni during the whole match. Kostas Loudi’s tried to rebuild their defenses and maintain the attacks, but all went downhill during the second halftime. They managed to score once with the penalty shoot from Kapotsis, which was his third goal in the match (7:5). However, the end of the match was sealed with yet another goal from Obradovic, ending the match with 8:5. 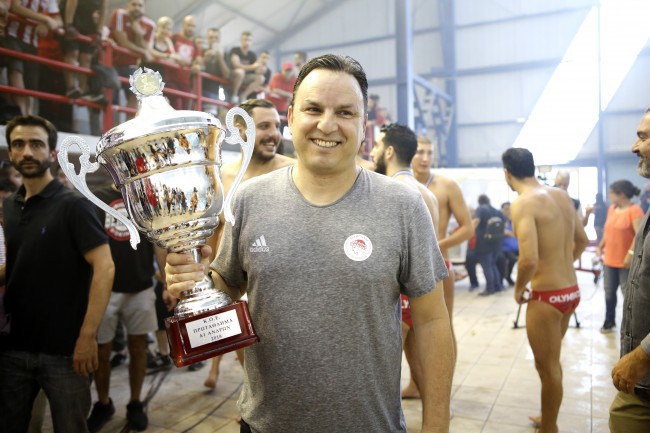 With the trophy in his hands, Thodoris Vlachos commented:

“All these achievements can only happen in Olympiacos and its team who has done so much. We are on the top in Greece and have been claiming a European title for the last three years. Our team is capable of achieving the ultimate goal to conquer the big trophy.

“In Genoa, the odds are split and the team who will be in the best will have many factors on its side and will go step by step and win the trophy. We will approach the matches very wisely and with our heads clear.

“First of all, we need to qualify to the semifinal, which will give us the opportunity for something more. The conquest of another trophy as we add it to our collection, especially in this series we have been playing for last six years, is the indicator of how hard we work. Everything starts with Mr. Marinakis and in cooperation with our President Mr. Kountouri and the Amateur Administration, who supports our team greatly. This year will bring a lot of success, and not only for us but for women’s water polo and other sports as well.”

Alexandros Gounas commented after the win:

“It was one of our main goals that the team goes to Genoa after winning the doubles. We are very happy to win the Championship and the Cup, but now we have the Final 8 awaiting. European games are hard and they hide dangers, but we are an experienced team and we can handle such situations.”

“After we won the champion’s title, the team is ready for Genoa. This victory motivated us and I think it is time for us to achieve all our goals. We have accomplished the two national ones and we have ten days to concentrate and go to Genoa to give our best.”