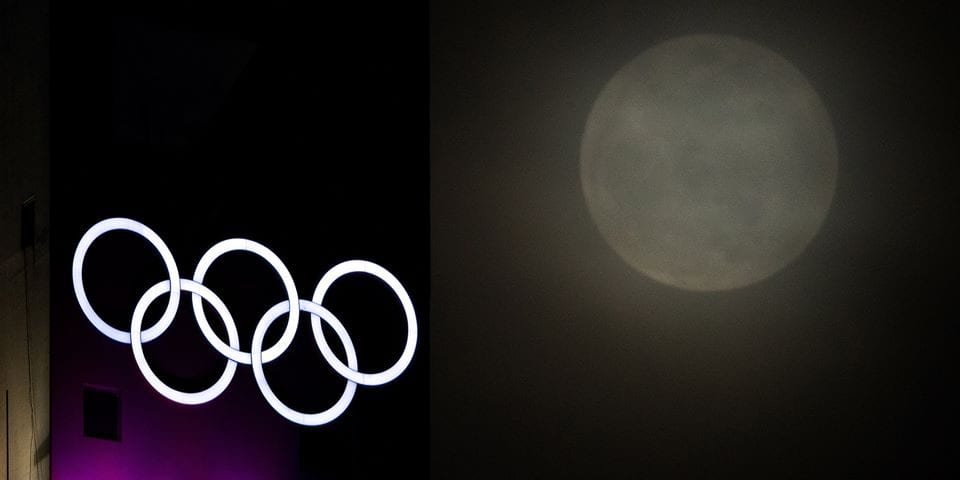 The Government of Japan and the International Olympic Committee have announced several times in the past few weeks that they have been preparing for the Olympic Games to start on July 24th, as it was planned.

But, according to unofficial sources, the Organizing Committee started to prepare a reserve plan if the Games have to be postponed because of the coronavirus pandemic.

Today, the Reuters news agency reported that the postponement of the Games became an option. The agency refers to two sources, who asked to remain anonymous.

“Finally, we have been asked to make a simulation in case of a postponement,” said an official close to the Local Organizing Committee who is involved in the scenario of a possible postponement, Reuters reported.

The sources said that there were three alternative plans looking at the different postponement time-frames. Some of the organizing staff hope for a delay of a month or 45 days. Reuters’s second source confirmed that postponement was being discussed, including the option of delaying Games for one or two years. The source added that the postponement of the Games or holding them without spectators would be debated by the organizing committee at the end of March.

Of course, the International Olympic Committee will make a final decision, but the hosts’ opinions also are important.

On Wednesday, at the video meeting with the all national Olympic committees, the IOC underlined that the deadline for the end of the qualifications in all sports, so far, remains June 30th.

The Olympic Water Polo Qualification Tournaments are postponed to May 17th – 24th (women, Trieste) and to May 31st – June 7th (Rotterdam, men). In April, FINA will review if there are conditions for tournaments to be held as planned.

On Thursday, Thomas Bach, the president of the IOC, has said in an interview with the New York Times:

“We don’t know what the situation will be (with the pandemic -Ed). Of course, we are considering different scenarios, but we are contrary to many other sports organizations or professional leagues in that we are four and a half months away from the Games. They are even more optimistic than we are because most of them have postponed their events until April or the end of May. We are talking about the end of July.”

The International Olympic Committee’s Executive Board will meet this coming week, months ahead of schedule, to talk about the impact of the coronavirus outbreak on training for the 2020 Tokyo Games, the Japanese agency Kyoto news reported. this morning

A lot of the officials, national federations, athletes called for the postponement of the Games, including the USA Swimming Federation, the USA Track and Field Federation, that sent a letter in which they officially called for delaying the Games.

Today, the Spanish Federation of Aquatic Sports (RFEN) has announced that it agreed to suspend all its activities to guarantee the health of the athletes until the necessary conditions exist that guarantee the regular conditions for the competitions. Besides, the RFEN announced that it had decided to request the delaying of the Tokyo Olympic Games.

“The Federation request the authorities and competent bodies the immediate postponement of the Tokyo 2020 Olympic Games, to preserve the health of athletes and. The minimum conditions that guarantee their normal celebration, as well as the adequate preparation of athletes, exist neither for the classification nor for the participation of those already classified. All this in the conviction that the international Olympic movement, once this stage of exceptionality is overcome, will find the right moment to celebrate an Olympic Games in which, without risks, and without inequalities, all athletes deposit illusions that they see right now. truncated.”

Vanja Udovicic, the former captain of the Serbian national water polo team, who has been the Minister for sport and youth of Serbia, since 2013, told that human lives are the most important. Udovicic told that the IOC had its own policy and strategy to hold the Games. But he emphasizes that Serbian and foreign experts are very skeptical. The experts doubt that the Games can be held in 2020 because of the postponement is not possible, but they think that the Games will be moved for next year, Udovicic told in a radio interview.

“Japan has invested too much money, insists on maintaining the Games, which is contrary to normalcy, and we cannot support it, because human life comes first. The IOC announced the meeting in a month and the final decision on 15 May. Personally, I believe that there is nothing more important than human life and the current situation that we are in”.

Zlatko Matesa, the president of the Croatian Olympic Committee, told yesterday that it should postpone the Games.

“This isn’t the Croatian Olympic Committee’s stance, but my opinion. I think that we have to take care of the athletes’ health and accept that it is impossible to organize the Games in the planned period. The athletes can’t train, the preparations are impossible. Nobody wants the Games postponed, but I think that we are close to the postponement and that it is the only option”