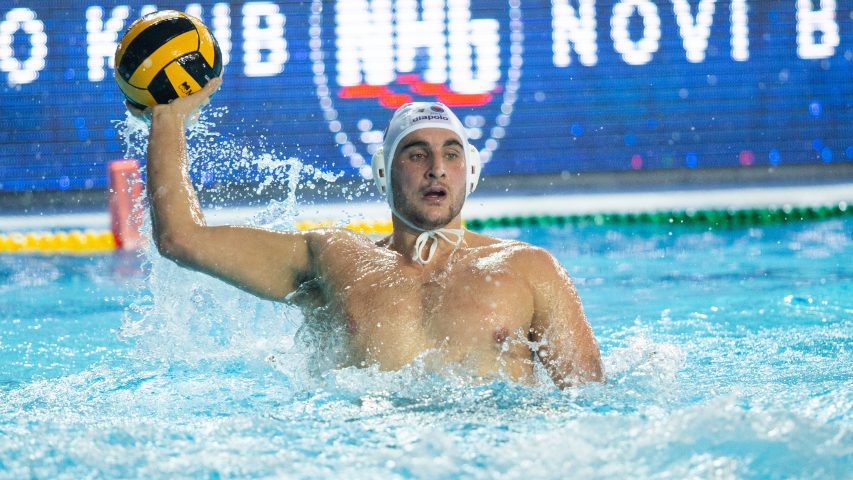 Last week, the curtain fell on the European season of the competitions for clubs, and the transfer market has started heating up again.

Ferencvaros was the first of the eight participants in the F8 in Belgrade that presented its roster for the season 2022/23. Pieces of information regarding the transfers have been coming from France, Italy, Germany, Serbia, Spain…

Ferencvaros presented its roster for the 2022/23 season at today’s press conference.

The biggest reinforcement is Olympic silver medalist Stylianos Argyropoulos. It was rumored for a while that the Greek universal player would arrive at Ferencvaros, and that was confirmed today. Argyropoulos (26) played for Ethnikos (2014 -2017), Olympiacos (2017 – 2021) and Jug (2021/22). He won the Champions League with Olympiacos, the silver medal in the same competition a year after, and many domestic trophies with the best Greek club. In the previous season, Argyropoulos won the Croatian Championships and the bronze medal in the Regional League with Jug.

After his last game for Jug, at the Final Eight last week, Argyropoulos spoke to Total Waterpolo

“I had a perfect year in Jug. It was a great time for me as a person and a player. They helped me a lot to improve inside and during tactics. I learned a lot of things. I played some great games in Regional League, the national championship and Cup and the Champions League. I will be at Ferencvaros for two years. They are a great team. I will try to help them achieve their goals.”, Argyropoulos said (the quote was written by James Spencer-Boyce)

Adam Nagy (24) arrives from Szolnok. He won the LEN Euro Cup and the Hungarian Championships with Szolnok in 2021. Before Szolnok, he played for UVSE, OSC and Miskolc. Representing Hungary, Nagy clinched the gold medal at the 2018 World Cup. 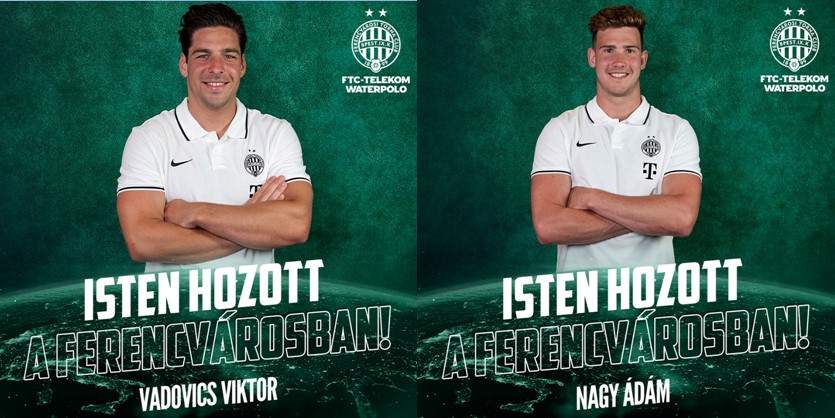 Bence Varga (20) is a player from Ferencvaros’ junior school, who was on loan at Kaposvar last season.

One of the best left-handed players in the world Marton Vamos will continue his career abroad, Ferencvaros announced. According to unofficial information, Vamos will move to Greece and join Filip Filipovic on the right side of Olympiacos’ attack.

A young Balazs Nyiri, who is a leftie, as well as Vamos, will go somewhere on loan.

There were rumors that Szilard Jansik could leave Ferencvaros. Still, head coach Zsolt Varga will count on Jansik in the following season.

It’s sure that Alvaro Granados, the big star of the Spanish national team, will move to Novi Beograd, but an official confirmation is still missing. 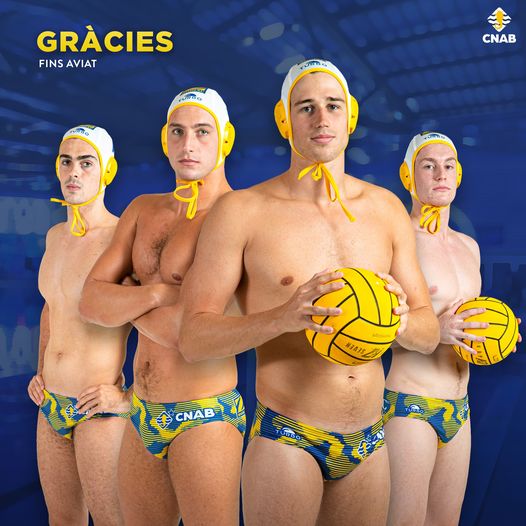 Goodbye and thanks Photo by Barcelonata/Facebook

Besides Granados, Novi Beograd’s reinforcements are Dimitrios Skoumpakis (Vouliagmeni) and goalkeeper Radoslav Filipovic (Sabac). However, the club hasn’t officially confirmed none of the transfers yet.

The French clubs have been very active in the transfer market in the last few days.

Strasbourg, which will play in the LEN Euro Cup, has confirmed three signings.

A member of the national team of Montenegro, Marko Petkovic, moved to Strasbourg from Jadran Herceg Novi. Petkovic was born in Belgrade. He got Montenegrin citizenship a few years ago, was Jadran’s captain in the past few seasons, and debuted for Montenegro in 2017. Before Jadran, he played for Beograd, Galatasaray,Budva, Barceloneta, Radnicki and Miskolc. He won the 2014 Champions League playing for Barceloneta. 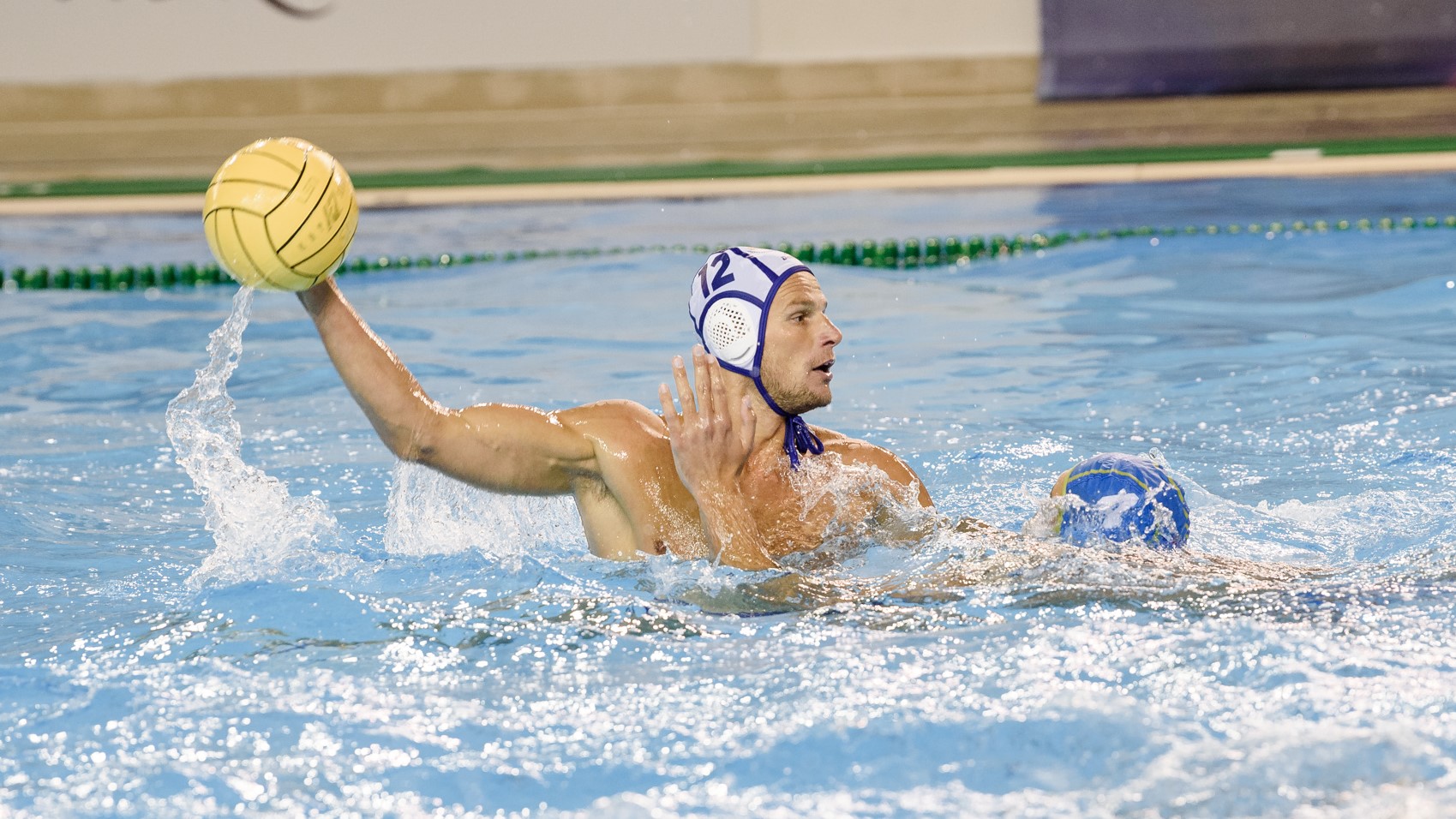 Another Montenegrin Olympian, Vlado Popadic, joined Strasbourg. He arrived from Pays d’Aix, where he played in the past few seasons. Earlier, he was a member of Jadran Herceg Novi.

Tourcoing Lille has high ambitions. As we already wrote, the club that finished 3rd in the French League will have a new coach. Petar Kovacevic, who coached Spandau in the past several seasons, will guide Tourcoing. Several excellent players will arrive at the club.

Tourcoing announced that it had signed a contract with experienced French Mehdi Marzouki. The member of the French national team played for Noisy-le-Sec on several occasions, for the last time between 2019 and 2022. He played for Marseille, Spandau 04, Sintez Kazan…

Mathieu Peisson, who was Marzouki’s teammate, signed a contract with Pays d’Aix.

Waspo Hannover suffered many changes on the roster after winning a new “double crown” in Germany and 6th place in the Champions League.

As things stand now, several Croats will move to Hannover. It has been already confirmed that Andrija Basic would move to Hannover from Telimar Palermo. Hannover’s possible reinforcements are Hrvoje Benic (Jug), Luka Lozina (Vouliagmeni).

Nagaev has been targeted by Vasas and Marseille.

Seven-time European champion Partizan renovated the team last summer. But, the club is facing new troubles and might leave without most of the experienced players. To remind, Olympic champion Stefan Mitrovic retired a few months ago.

Since the beginning of the transfer market, two center-forwards have departed from Partizan. As we already published ten days ago, Nemanja Vico signed for Radnicki Kragujevac.

Today, Ortigia announced that Petar Velkic had joined the Syracuse-based team. Velkic started playing water polo in Partizan. He was a player of Sabac between 2017 and 2021. He won the Serbian Championships and the Cup with Sabac. Last year he returned to Partizan, but he left the most decorated Serbian club.