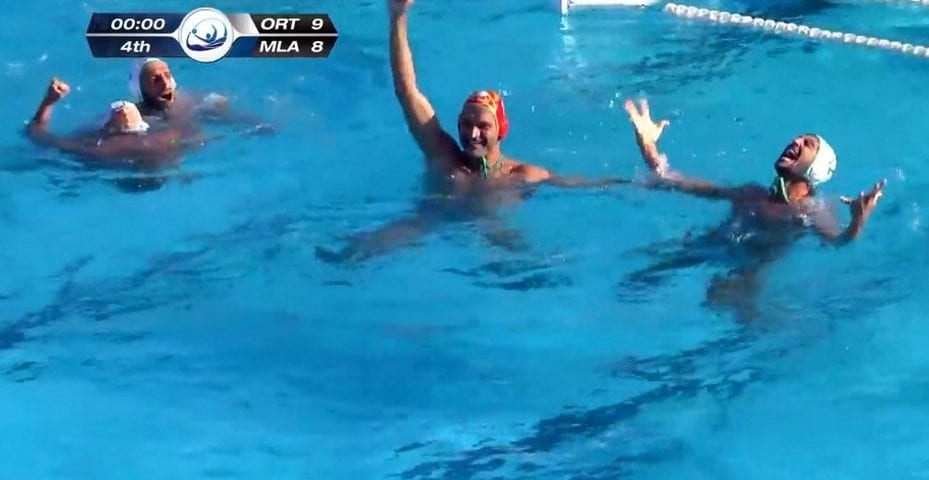 Ortigia reached the Champions League Main Round, after defeating Mladost 9:8 in the final of Group A of the qualifications.

The Sicilians, who were the hosts of the tournament, made history. Ortigia, the club which was founded in 1928, will play in the Champions League for the first time. Moreover, they debuted in the Champions League Qualifications this year. The most significant achievement of this club was the final of the 2019/20 LEN Euro Cup. But, the previous season was canceled, and Ortigia didn’t finish the battle for the European trophy.

Mladost is one of the best European water polo clubs and was among the contenders for the Champions League berth. It has a much richer treasury of trophies than Ortigia, and the other clubs that played in Syracuse. But, the Croats had a lot of problems with coronavirus in the past few weeks (unlike Szolnok and Ortigia) and arrived in Sicily without three key players (goalkeeper Marcelic, Bukic and Dasic). Because of that, Mladost wasn’t the favorite today.

In addition, Mladost played a tough match against Szolnok yesterday evening (18:18), while Ortigia secured its place in the final on Thursday. Despite all these difficulties, the Croats were very close to qualifying for the Champions League. Ortigia secured the win 42 seconds before the end of the final. Mladost can continue the season in the LEN Euro Cup, as well as all other eliminated teams.

The tournament of Group B in Budapest will be completed in the early evening. Radnicki and Brescia play in the final.

Ortigia opened the final game very well. The hosts led throughout the first half and had a 2-goal advantage a few times (2:0, 3:1, 4:2, 5:3). Mladost equalized with two goals in the last 93 seconds of the second quarter (Kharkov and Buslje) – 5:5. Early in the third, Luka Bajic put the Croats in front – 6:5. Defenses dominated the third quarter. Both goalkeepers – a 41-year-old Stefano Tempesti (Ortigia) and Jerko Jurlina (Mladost), who is 20 years younger than Tempesti, were outstanding in this period of the game.

Simone Rossi equalized from an extra (6:6) in the 26th minute. In the next possession, Kharkov responded in the same way. He converted a man-up for 6:7. Midway through the final quarter, Ortigia netted two action goals (Giacoppo and Mirarchi), and the Italians regained the lead (8:7). But, shortly after, Luka Bajic leveled the score (8:8). The outcome of the big thriller was decided in the final minute. Massimo Giacoppo converted a man-up for 9:8 with 42 seconds to go. Mladost had an extra man in the last 17 seconds. But, Stefano Tempesti denied two shots in a man-down, and Ortigia celebrated a historic win.

Szolnok didn’t achieve its objective. The Hungarians were favorites. They were targeting the Champions League Main Round, but they failed to reach the top position in the subgroup. Still, they didn’t lose all motivation and demolished Barcelona in the 3rd-place match.

Jadran Split defeated Paysd’Aix to secure 5th place in the group, which means that the Croats will be in the first pot for the draw of the LEN Euro Cup Qualifications (the teams ranked 2nd – 5th in the groups will be seeded in the 1st line of the draw). In the first eight minutes, Jadran earned a 5:2 lead. The Croats added three goals after the first break to double the advantage (8:2) and never looked back.