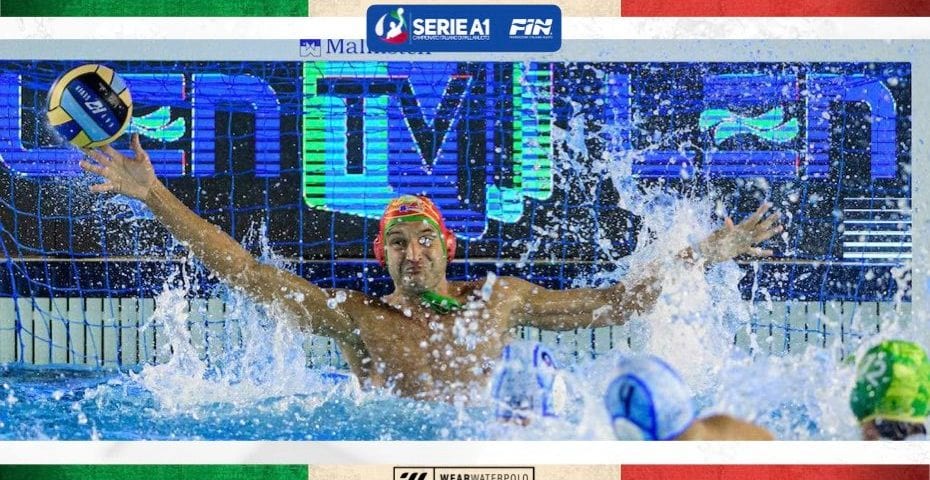 Pro Recco and Brescia, the leaders of the groups for the title, continued their winning streaks in the Italian League. The third Italian club in the Champions League Ortigia didn’t win, but it, finally, ended a series of losses.

Three matches of the fourth round of the Italian League second phase were played today.

Brescia defeated Savona in the derby of the day – 17:11. Pro Recco demolished Posillipo (23:4). Ortigia visited Salerno and earned a point – 10:10 after a thrilling battle. One point in Salerno isn’t a big success for the Sicilians, but they are still in the race for the playoffs.

Today’s games were final rehearsals for Recco, Brescia, and Ortigia before the third Champions League “bubble” tournaments, which will be held next week.

Pro Recco, led by Francsesco di Fulvio and Dusan Mandic, left no chance to Posillipo. The visitors rushed to a 7:0 lead. Posillipo scored its first goal in the 10th minute (Bertoli). Then Recco replied with nine goals and jumped to a 16:1 lead midway through the third period. In the remaining time, the champion increased the margin of the win to 19 goals.

Ortigia hasn’t recorded a win since the 1st round of the second phase of the national championship. On February 24, Ortigia defeated Salerno at home (13:5). After that, the Sicilians suffered six consecutive losses – four in the Champions League and two in the domestic league.

Ortigia arrived in Salerno with a wish to finally earn three points. The visitors were favorites. After all, they were too strong for Salerno in February. But, the hosts dictated the pace for two quarters and a half of today’s encounter. Salerno led 6:3 at halftime. Esposito scored the first goal in the second half to give the hosts a 4-goal advantage (7:3). Still, Ortigia was able to come back. The visitors produced a 5:0 series and went in front (8:7) in the 26th minute. But, Salerno responded with two quick goals in the middle of the quarter and regained a lead (9:8). After that, there were no goals for a while.

Ortigia kept chances to reach 2nd place in the group and to reach the playoffs, but the Sicilians will have two hard tasks until the end of the regular season. On Day 5, they will host Savona. In the last round, Ortigia will play in Brescia. After the match against Ortigia, 2nd-placed Savona will face Salerno at home

Greek Angelos Vlachopoulos recovered from coronavirus and played for Brescia in Savona, but the visitors arrived without Edoardo di Somma, who still hasn’t recovered from an injury. Still, Brescia proved who the favorite was and recorded a convincing win. The group leader earned an early 3:0 lead, but Savona managed to cut the deficit before the first break (3:4). In the 16th minute, Brescia built a 5-goal lead for the first time (10:5), but seven seconds from the end of the first half, Savona’s Molina found the net for 6:10.
Brescia broke the rival in the third period and the opening minutes of the fourth quarter. After the third period, Brescia led 14:8. The visitors opened the final quarter with three goals in a row to jump to a 17:8 advantage, and there was no way back for Savona.

First wins for two returnees to Serie A1