OSC Budapest won 1st place in Group B of the Champions League Qualification Round 1 played in Podgorica.

The games of the last round of Group A in Savona, scheduled for Sunday’s morning session, were postponed to the afternoon due to the bad weather. After the postponement, two games were canceled, and only one was played – Savona defeated Primorac Kotor (11:9) and won first place. Since Friday, it has been known which teams qualified for the second round from this group: Savona, Montpellier, Terrassa, and Primorac.

The 16 teams will be split into four groups of four in the second phase, scheduled for October 8-10. The top two teams from each group will advance to the third round (October 16 and 20).

OSC, Jadran Split, Savona, and Montpellier (1st-placed and 2nd-placed teams in the groups of the first phase) will be in the third pot of the draw, while Jadran HN, Apollon, Terrassa, and Primorac will be in the 4th pot.

This morning, the home club Savona announced on its Facebook page that the matches scheduled this morning had been postponed for the afternoon following the orange weather alert and the consequent ordinance issued by the mayor of Savona who ordered the closure of all municipal sports facilities including the “Zanelli” swimming pool.

After the postponement, AZS Warsaw couldn’t wait, because the club would be late for a return flight. The Poles withdrew, and the win was awarded to Montpellier. A few hours after the first information, Savona announced that the match Vitoria – Terrassa had been canceled too and that LEN had decided to register the match with a technical score. Terrassa won the points. The game Savona – Primorac was re-scheduled for 17:00 CET. That match was also in danger and it could be canceled.

Still, there were all necessary conditions for the game at 5 PM. The authorities allowed the game to be held. Primorac played better in the opening minutes and took a 2:1 lead. But, Savona kept the Montenegrins goalless for more than 10 minutes and scored five goals in a row. The hosts jumped to a 6:2 lead in the middle of the second quarter. Deep into the third period, Primorac leveled at 8:8. However, Matteo Iocchi Gratta beat the buzzer, and gound the net in the last second of this quarter to put Savona in front (8:7). Primorac equalized for the last time (8:8). The Italians earned a 10:8 advantage with 03:33 minutes to go and took three points to climb to 1st place.

Group B (Podgorica), Round 7

Sintez Kazan finished the tournament in Podgorica with a convincing win over Zaibas and confirmed 5th place in the group, but it is a slim consolation because the Russians didn’t advance to the second round.

The Hungarians started slowly, just like in yesterday’s matches against Zaibas and Enka, but as the game was approaching to the end, OSC was taking control. A young and talented home team, led by Danilo Radovic, led throughout the first half, the hosts had a 2-goal advantage twice (3:1, 5:3). At halftime, the rivals were tied at 6:6. 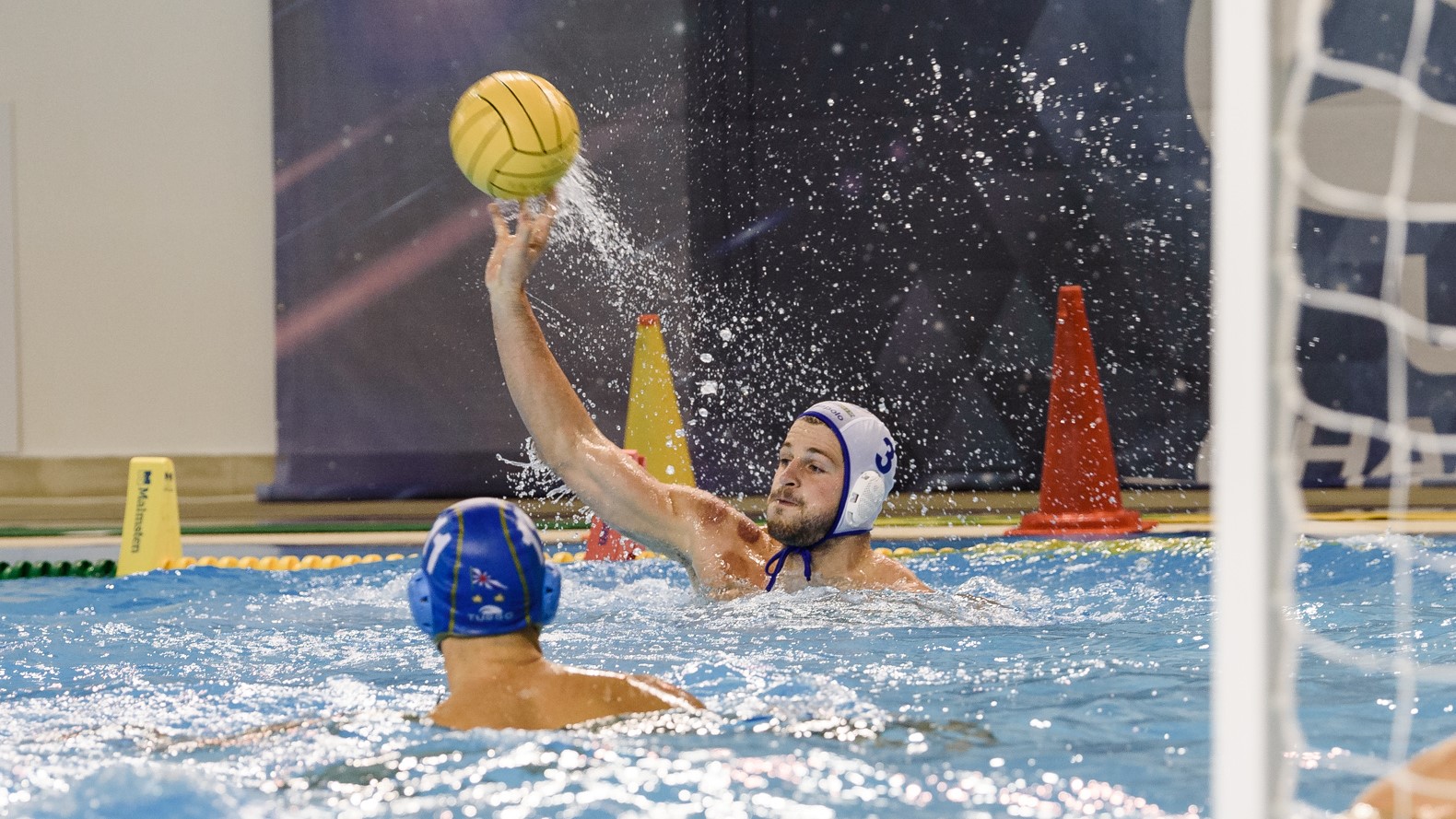 Vince Vigvari scored two goals in the opening minutes of the second half to give OSC an 8:6 lead. After that, Jadran didn’t catch up with the Hungarians. Early in the fourth quarter, OSC stretched the margin to three (11:8) and didn’t let Jadran come back. OSC deserved 1st place, but Jadran’s young players should be praised for everything they did at the tournament. 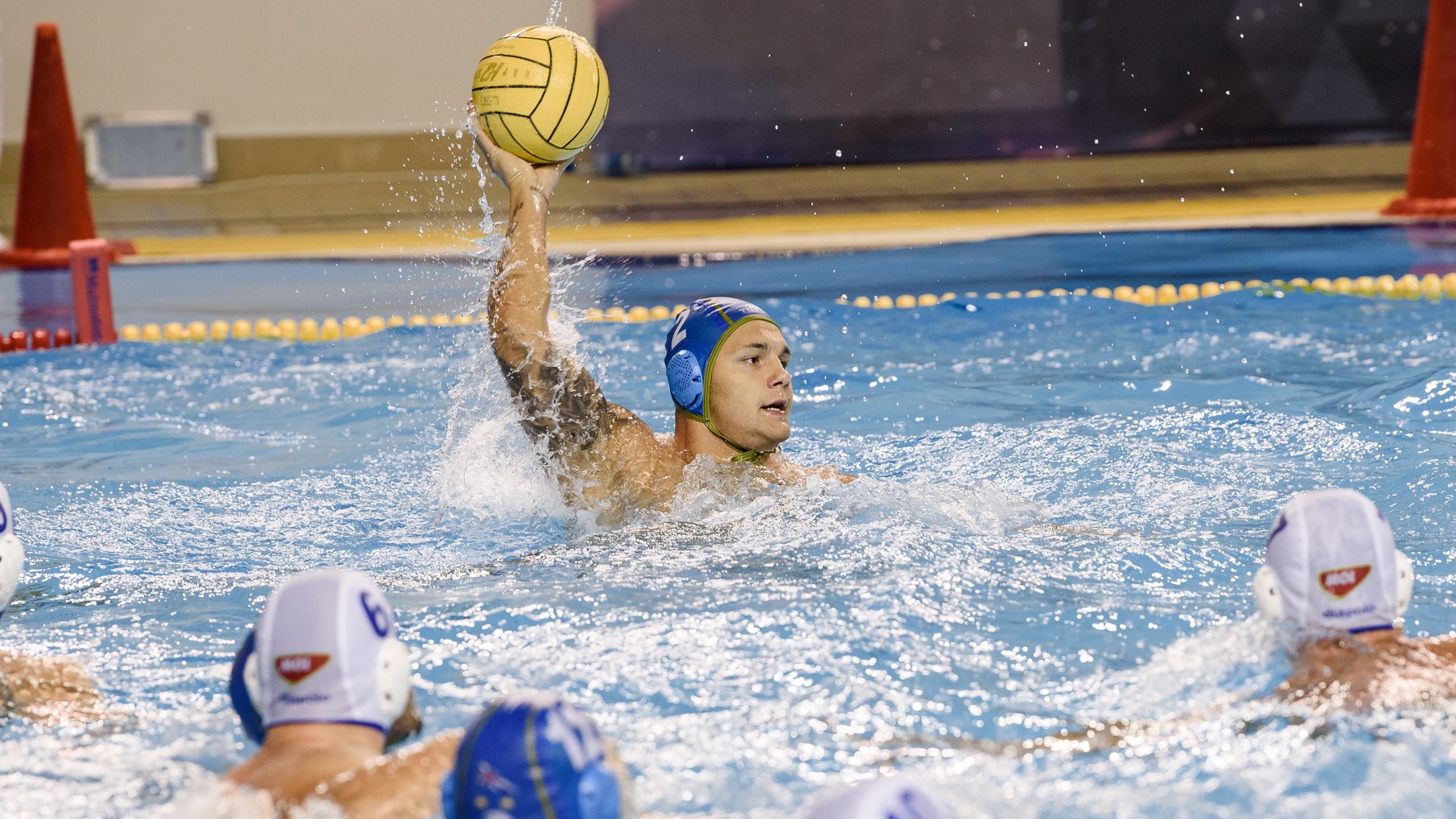 The teams played relaxed and the match turned into a festival of goals. The game was an even contest until 6:6. Jadran, which played without Niksa Dobud, dominated the 2nd period and that proved vital for their win. At halftime, Jadran led 12:7, while it earned a 7-goal advantage after less than two minutes of play in the third quarter (14:7). Enka broke the Croats’ series of goals (8:14), but not for long. By the end of this quarter, Jadran went to 18:8.