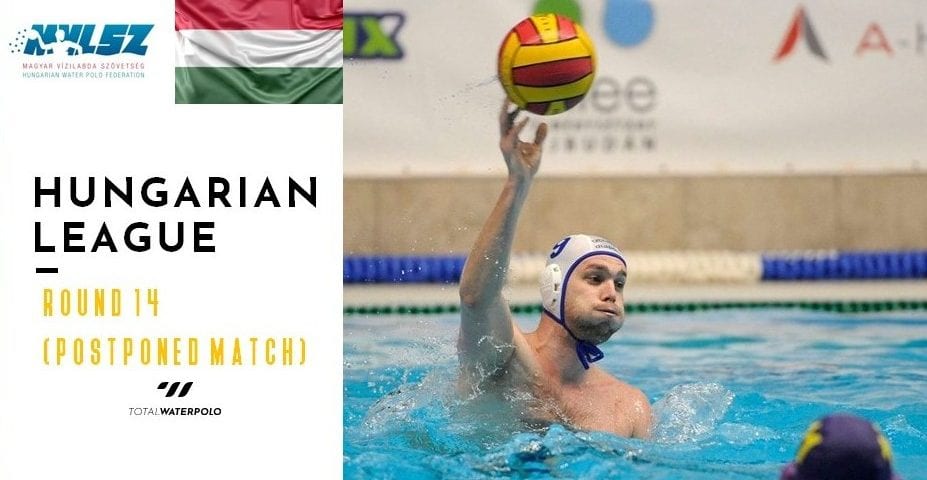 Hungarian Government declared a state of emergency because of coronavirus, but the water polo competitions haven’t been stopped. Still, the games are closed for the spectators.

Today, the postponed derby of the 14th round (Group B), OSC Budapest – Eger, was played. Initially, the game was scheduled for February 29th. Since both teams have visited Italy a week earlier (they played the European Cups), when coronavirus started to spreads in Italy quickly, the Hungarian Federation postponed the game.

OSC celebrated a 15:9 victory in this evening’s encounter behind closed doors and climbed into 1st place of the Championship group (1st – 8th place). OSC keeps a perfect record – 15 wins in as many games.

This was the last match in the First Hungarian Male League (OB 1), before a two-week break. By the calendar, the league will be continued on April 1st, with the games of the 16th round (2nd round of the second part of the league).

Eger kept up with the hosts for five minutes. Even eight goals were scored in the first five minutes. Eger took the lead three times (1:0, 2:1, 3:2). Balasz Erdelyi put OSC in front in the fifth minute – 4:3, but quickly after that, Vlachopoulos replied – he converted a man-up for 4:4. From that point on, OSC dominated. The Budapest-based side kept Eger goalless for 10:31 minutes. During that period, OSC scored five goals and jumped to a 9:4 lead.

After that, OSC didn’t let Eger come back. The hosts continued their winning streak. OSC has collected 45 points, as well as Ferencvaros. OSC is in 1st place currently, because it has a better goal difference than Ferencvaros.

Ferencvaros and OSC will face off in the 18th round, scheduled for April 18th. It will be their first encounter in the Hungarian League this season. But, the two Budapest-based sides have already met three times this season. Ferencvaros edged out OSC 8:7 in the final game of the Hungarian Cup, played in December. OSC and Ferencvaros clashed twice in the Champions League. The big rivals shared the points in the match played at OSC’s pool (10:10) on Day 7. OSC was the visiting team in the game of Day 8 and beat Ferencvaros by three goals (11:8).