“Out of 40.000 Players, Only 30 Are Good Enough for The National Team” — Interview with Robin van Galen 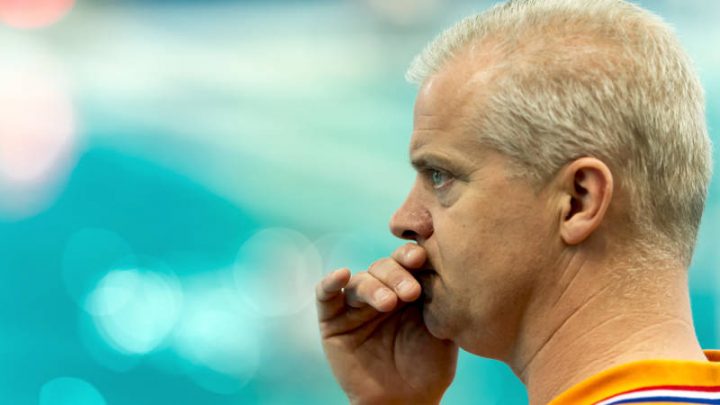 Before the upcoming Total Player Award 2018, we talked to a Dutch coach Robin van Galen. Throughout the years, he’s been one of the most influential Dutch water polo coaches, with a goal to popularize and develop water polo in the Netherlands. Dive into the interview and see what he has to say!

Can you tell us about yourself? How did you get into water polo and when did you become a coach?

I was born in 1972 and I was playing water polo since the age of six. Before me, my father played in a small club in Rotterdam so I went there too. I liked it a lot and I was a talented player (played 40 international games for the Netherland’s junior team) but at the age of 17, I hurt my shoulder. I needed two operations, and 2 years later my career as a water polo player was over, the doctor advised to quit the sport. Needless to say, it was one of the biggest disappointments of my life.

So, what do you do when you have to quit a beautiful sport like this?

I became a water polo coach and I started coaching juniors in Rotterdam. I liked it a lot and felt I had the talent to train the players in water. I also finished my Economics study at the University in Rotterdam and I became a teacher at a high school which helped me a lot with teaching the kids water polo and becoming a better coach.

After coaching junior teams, I switched to senior teams at the age of 23. I got a lot of experience with several club teams (men and women) and when I was 33, I started coaching the National women team. Three years later, we won the Olympic gold medal in China in 2008. That was the biggest success of my career. After that, I coached club teams again, and from 2013 until now, I am the coach of the Men’s National Team. Our main goal is to qualify for the Olympics.

And we were really close in Trieste in 2016. We played a really good tournament and in the final game against France (8-8) we lost after penalties… But we didn’t quit. Shortly after, we got back on the right track, so we are trying it again in 2020, hoping to qualify for Tokio. If it happens, it will be the biggest success in my career. Especially if you consider where we were in 2013, for example. No team, no ambition, no money, no plan, not a thing. And now? It’s a huge difference.

Water Polo in the Netherlands

Let’s talk about water polo in your country. Tell us more about your leagues, teams, etc.

Water polo in the Netherlands is still at the amateur level. We have the biggest competition in the world with 40.000 people playing, but the main problem is that everybody is playing water polo just for fun and almost nobody considers it a professional sport like countries as Spain, Italy or Croatia do.

Of all players, only 30 are good enough to be selected for the National team. Our clubs do not train enough, so the level of competition is not that high. On top of all, we need better coaches. Of course, we are trying to change that, and we made a few good steps but its a long-term process. It’s notable that clubs had spent some money on foreign coaches and players in the last few years, which is good because it will increase the level of play. But we still have a lot to do because the clubs don’t have the financial help from the government and there are not so many sponsors if you compare water polo to other sports.

We have a lot of different competitions for senior men and women, but also for youth and juniors. On both the regional and country level, we are growing. The kids train four or five times a week in general. This year we started with a water polo Academy for boys of 15, 16, and 17 years. 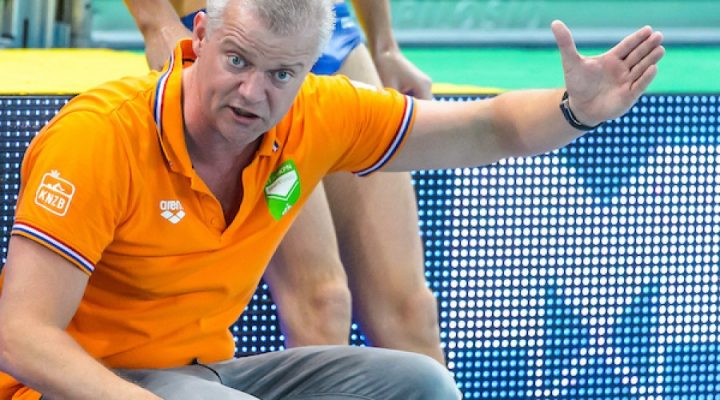 That means that we have selected the best 20 boys who are moved to Eindhoven to live, study there and train twice a day there with the best coaches we have (Harry van der Meer and Robert Munkacsy), using the best facilities. In the upcoming years, we will select the best five 15-year-old boys to participate in this ambitious project. I have high expectations from this project in the long term. We will see the first results after Tokio. It mostly goes for the seniors, but the juniors should be more or less the same.

If you look at this year’s results, we need bigger goals and more ambition. The 10th place in Barcelona for the senior team is fine, but we would like to be in the top 8 in the future. I know that’s a huge step, but that’s why we work very hard in order to achieve better results in the future. The 12th place in the U19 category in Minsk was a bit disappointing, but on the other hand, the young team played tough games and had good results against stronger teams.

For me, the results are most important, but I always analyze the way we play, the way we lose and how the team progresses. For example, we played Hungary with the senior team in the World league last March and lost 13-1. We played terribly. In Barcelona, we lost to Hungary again, only then with 12-9 and we played pretty well. It’s a big difference. We lost but with a better result the second time.

What can you tell us about coaching? Is there anyone you would choose as a role model?

I am now head coach of the Netherlands but I also try to develop other coaches at the national and club level. It’s good to share a different kind of ideas to make other coaches more complete and learn from each other.

If I could pick one international player, I would take Filipe Perrone because he is a great player, but he is also a leader in and out of the water. Every player, but also every coach, could learn from those kinds of top-class players. I like to watch Spain’s and Barceloneta’s matches. They play fast, strong, technical and tactical, and it’s very entertaining only to study their play.

What do you think about the latest rules changes and suggestions?

If we’re thinking about changing the rules, we have to change them in order to have more goals, to make the game more entertaining, with more speed, to see more individual action and less physical, etc. That’s why I think that Beach Waterpolo has a great future. In training sessions, we sometimes play it. it takes only 10 minutes for the players to tire, but it’s a great exercise and everyone enjoys it.