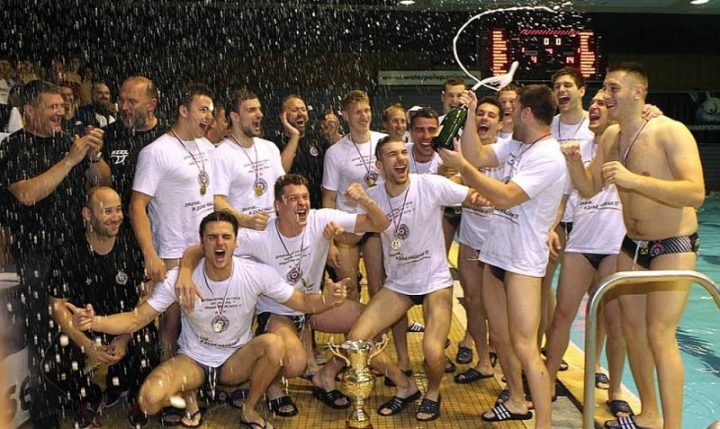 Black and whites easily defeated Zemun in the last round of the Serbian Super League with 14:4, getting their hands on the double crown. This is Partizan’s fourth consecutive title in the Serbian Championship. Viktor Jelenic, the new president of Serbian Water Polo Association and the first man of Crvena Zvezda, handed the medals and the trophy to the winning team.

However, the club from Banjice expects another uncertain summer, since it is known that Marko Manojlovic continues his career in the Hungarian club Szentes. Also, Partizan will most likely change their first-center — Đorđe Lazic.

“We have had an extremely successful season behind us. We managed to defend the title in difficult conditions. The players showed what they can do and showed their best to reach the trophy. My biggest thanks go to them, but also to the experts: Vladimir Pavlovic, Aleksandar Nikolic, Nikola Radojicic, the secretary of the club Mirko Bradajic, who is always with the team, as well as everyone who was with us during the season.”