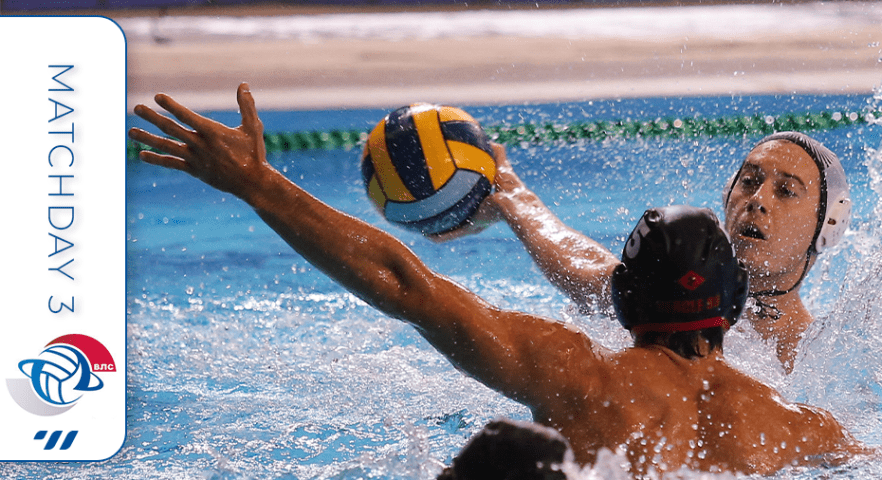 Partizan convincingly beat Crvena Zvezda in the derby of the 3rd round of the Serbian Championship.

The “Black Whites” recorded a 10:6 win. Partizan’s victory, in itself, isn’t a surprise. The duel between the Belgrade-based teams s was a derby; everything was possible. But a big winning margin was something that nobody expected. Crvena Zvezda, which has a more experienced team, was the favorite.

Still, Partizan, which lost 11 players during the transfer window, was much better than the hosts today. The visitors, who played without three important players (captain Jaksic, Paparic, Giga), scored six unanswered goals to jump from 4:5 to 10:5 and deserved a convincing victory.

Crvena Zvezda and Partizan have been preparing for new European tasks in the LEN Euro Cup (Partizan will play in Strasbourg and Crvena Zvezda in Szolnok).

This evening, Partizan showed it would be a serious contender in the battle for the eight-final berths in Strasbourg. On the other side, Crvena Zvezda, which played very well in the Euro Cup Round 1 (five wins in five matches) two weeks ago, has to learn from the mistakes it made today and find its play before the tournament in Szolnok.

Today’s game was the second encounter between Crvena Zvezda and Partizan this season. Crvena Zvezda recorded a narrow 13:12 victory in the Regional League.

Partizan scored an opener, but Crvena Zvezda took control after that. The hosts earned a 4:2 lead in the 6th minute. In the fourth, Dimitrijevic leveled at 4:4. Veljko Tankosic, the best scorer in the recent history of Crvena Zvezda (since the re-founding of the club in 2009), replied and gave the home side a 5:4 advantage in the 13th minute. However, Crvena Zvezda couldn’t find the net in the following 16 minutes. as the end of the first half was approaching an end, Partizan started dictating the pace. In the 14th minute, Lovre Milos scored from a counter-attack and the visitors went ahead – 6:5. At the finish of the 2nd quarter, Crvena Zvezda had a chance to level the score from a penalty, but Partizan’s goalkeeper Evgeniy Kostrov saved a shot from Tankosic.

After the middle break, Partizan dominated. Lovre Milos, the best player of the derby, opened the third period with another goal from a counter-attack. Zoran Bozovic and Veljko Bodiroga added action goals, and Partizan entered the final period with a huge 4-goal advantage (9:5).

Partizan played very well in defense and attack, but Crvena Zvezda helped the visitors’ defense with numerous mistakes, wrong passes, and misses in the offense. Crvena Zvezda’s conversion of extra player shots was lower than 10 percent (2/12) . Partizan also scored two power-play goals, but it had only five 6-on-5 opportunities.

The visitors kept the momentum in the fourth quarter. Pavle Musikic made it 10:5. Partizan’s victory could be even bigger, but a young visiting team rashly finished several attacks in the last period. However, Partizan’s victory wasn’t in danger. Crvena Zvezda couldn’t find its rhythm. After Partizan’s 6:0 series, Gavril Subotic scored a consolation goal for the hosts.

Besides Partizan and Crvena Zvezda, two clubs will represent Serbia in the Euro Cup Round 2 – Valis and Sabac. Both teams played their league matches this evening. Valis trailed by two goals at halftime of the match against Vojvodina (5:7), reduced the gap to one before the final period (7:8) and was a better rival in the fourth quarter to record an 11:10 victory. Sabac beat newcomer NBG Vukovi. The hosts didn’t surrender easily, but Sabac collected the points (13:10).

Reigning champion Novi Beograd played its match of the 3rd round on Wednesday. The title-holder demolished Nais 22:2 with seven goals from Alvaro Granados.

The game Radnicki- Proleter has been postponed for October 29. Radnicki is in Italy in joint preparations with Pro Recco.

More news about water polo in  Serbia, Croatia, and Montenegro