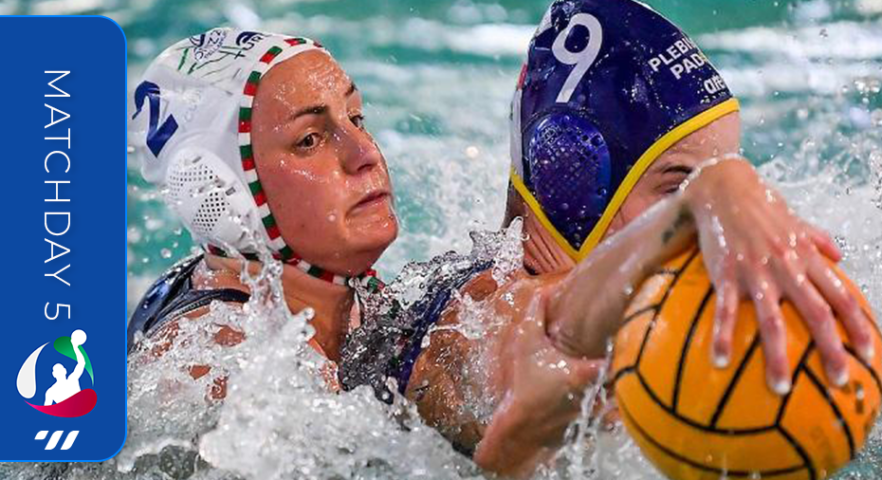 Week five of the Italian Women’s A1 featured a clash between the country’s two top sides.

Plebiscito Padova’s 13-11 victory over Ekipe Orizzonte gives Stefano Posterivo’s team the upper hand against their rival title contenders, who will face each other again soon in the Champions League.

SIS Roma, another side that will continue their European adventure in the Champions League, currently sit top of the Italian league, after crushing Florentia 21-6.

In some other results around the country this weekend, Trieste narrowly bypassed Bogliasco, while there was a first ever A1 win for Brizz Nuoto. After a long losing streak, Rapallo beat Como in Genoa to earn another league victory.

Plebiscito Padova made an early statement of intent this weekend in the Italian A1 with an excellent 13-11 victory over fierce title rivals, Ekipe Orizzonte.

It was a well-earned victory in Padua, and it was helped along by hat tricks from Hayley McKelvey and Laura Barzon.

A lot of different elements made for a highly enjoyable game. Each team did a fantastic job of capitalising on their man-advantage situations. Both teams missed penalties (Bettini for Ekipe and Barzon for Padova), with both goalkeepers making outstanding saves, and Claudia Marletta was shown a red card in the third period.

Ekipe’s Aussie contingent did most of the damage in front of Plebiscito’s goal, with Alice Williams grabbing four goals and Bronte Halligan netting twice.

It is a significant win for Stefano Posterivo’s Red-Whites, who are currently playing the best water polo in Italy. Ekipe were frustrated by their rivals, and it’s back to the drawing board for their coach, Martina Miceli, who saw her team lose to the same opponents in a similar fashion last November.

Both of these teams will meet again in two weeks, in Padova again, in Qualifying Round II of the Women’s Champions League.

Trieste are currently sitting nicely in 4th place after a narrow 11-10 home victory over Bogliasco this weekend.

This weekend’s game was another epic contest filled with tension from start to finish. Paola Zizza and Trieste may have won thanks to the heroics of goalkeeper Fabiana Sparano, who saved two penalties and proved to be the game-winner.

Trieste had better goal-scoring efficiency, though they, too, failed to convert a penalty (Vukovic). The quality of their extra-player conversions was impressive. Emma De March, Lucrezia Cergol, Giorgia Klatowski, and Roberta Santapaola all had two goals and an assist each in the game.

After dropping their first two games of the season against quality competition (SIS Roma and Ekipe), Trieste have won three in a row to gain momentum in the league.

Six goals from the young and  talented Serbian International, Ana Milicevic, helped Brizz on their way to their first ever top-flight victory, with a 12-10 win over Bologna.

The game was less than straightforward for Carlo Zilleri’s side, who trailed by four goals after the first eight minutes of the game, with two goals by Canadian Rae Lekness putting Bologna in the ascendency.

A double from Francesco Sapienza, who ended with four goals to her name, pulled Brizz back into the match, and while the hosts Bologna led 8-7 going into the last, three scores from Milicevic put wraps on a historic result for the club from Catania.

Rapallo ended their three-game losing streak to take all three points against Como in a 16-10 victory.

Ursula Gitto (4 goals) and Nicole Zanetta (3 goals) were both influential in the victory for Rapallo, who tore through the Como defence, netting seven times in the first eight minutes.

Rebecca Bianchi’s brace in the third period for Como barely made a dent in Rapallo’s healthy sized lead, and Andrea Posterivo’s side returned to Lombardy empty-handed. Como’s only win so far this season was at Bologna on matchday 2. 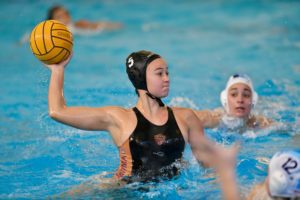 Roma are top of the league, and remain unbeaten in five games, putting 20+ goals past their latest victims, Florentia (21-6).

It was a good day particularly for Chiara Tabani, who scored four goals, and is currently the leading scorer in the Italian league. Abby Andrews, the capital city clubs Aussie important, also bagged four, to continue her good form since arriving over the summer.

Roma have won all five of the games that they have played, but are yet to face any title rivals. They face Plebiscito in the last game before the Christmas break.