PODCAST: Kobešćak: “I didn’t want to be a coach” 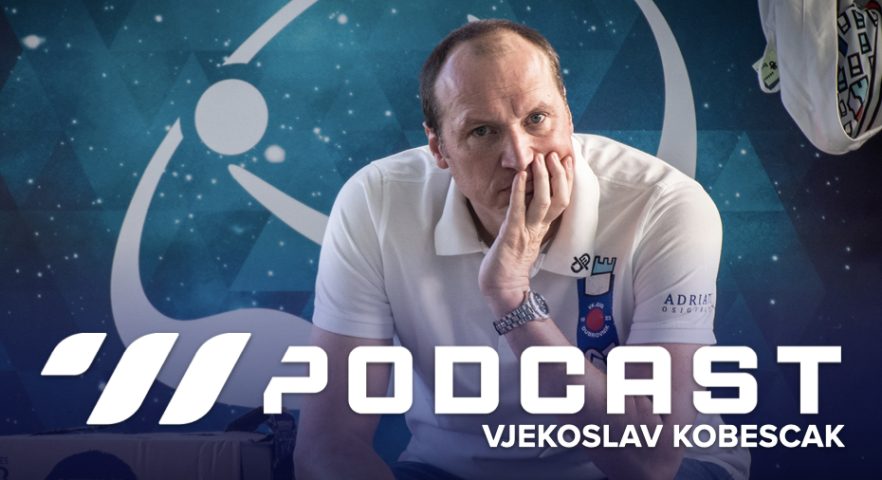 Our guest on the Total Waterpolo Podcast this week is the Head Coach of Jug Adriatic, and the recently appointed Assistant Coach of the French Men’s National Team, Vjekoslav Kobešćak.

In our latest episode, Vjeko opens up about his playing career:

“I have to tell you that I’m not fully satisfied with my career. It was a good one with many trophies, especially domestic ones. But my hopes and my plans were bigger than that. I would like that I had won 2 more champions leagues. Maybe this sounds silly, but that was my view. I had a plan to play at four Olympic Games, I managed to play at three, and the last one was just a little bit too much for me.”

The Forty-eight year old then reveals that he never intended to be a coach:

“I didn’t want to be a coach and there was not ever a day during my playing career that I thought I will be a coach.It wasn’t my plan. When I was a player looking at the coaches, I realised that they depend on many subjective opinions from the club and the environment around them, from people that don’t know water polo how i thought they should”

The Jug head-coach then spoke about how he got the job in the first place:

“The President of Jug back then was my big friend and I know many people in Dubrovnik (my mother was born there). They didn’t have the results they expected so they called me on Christmas Eve and asked me to come. We spoke for seven days during the middle of the championships, but I said I don’t think now is not a good time. If you don’t get better we will speak again in the summer. He said if I call you again, you’ll just sign the contract.  I said okay, because I thought that we’ll wait until the summer.  Two two months after that the results didn’t get any better. He called me and said you know what we spoke about two months ago. I said I know I’m coming tomorrow, and the next day I was in Dubrovnik.”

Vjeko explains to listeners how special the club and the people in Dubrovnik are:

According to Kobescak, the immediate success at Jug was something that made a big impact on his career:

“They brought me because they wanted trophies and  they wanted a change. We had a good team when I came.  We brought Xavi Garcia, who became native. We brought Felipe Perrone, then we brought Josip Vrlic and Luka Loncar. All aspects, inside and outside the water, really raised the level of the club itself . That was the period with this team that  managed to win a champions league and come to the final of the next one. We were not able to keep this quality you know inside our team. But again I think that we are competitive every year and that we will be competitive for many many more years to come. But yes that beginning was amazing that something that was ah None of the turning points in my coaching career. Definitely.”

In the Podcast, you can also hear Vjeko talk about youth development, his work with the French national team, and the French expectations for Paris 2024.

Listen to our episode with Vjeko now! All the episodes of the Total Waterpolo Podcast are available on all major Podcast streaming services, such as Spotify, Apple Podcasts and YouTube.
Don’t forget to head over to www.wearwaterpolo.com and use our discount code ‘PODCAST10’ for 10% off your next order!