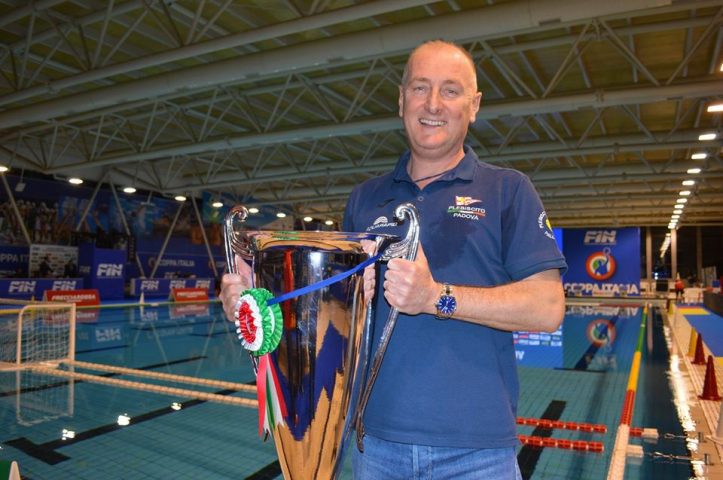 Water Polo Canada have announced that the Plebiscito Padova Head Coach, Stefano Posterivo, will join David Paradelo’s coaching team ahead of some significant international tournament’s for the Maples this year.

The fifty-four year old Italian, who is a vastly experienced coach, will be a big asset for the Canadians, in their attempt to continue to compete with the world’s elite women’s nations. He will take up an Assistant Coach role alongside Cora Campbell.

Posterivo has won a glut of silverware over his 10 years in coaching – including three national championships, two Italian Cups and a FIN Cup – all with Plebiscito. Last weekend, his side secured a historic Bronze medal at the Euro League Final 4 competition.