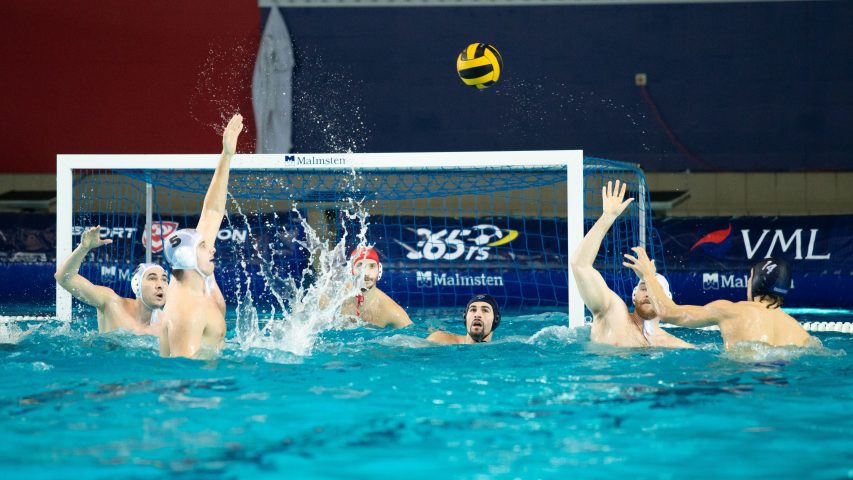 The regular season in the Regional League is coming to an end. The third stage will be held from Thursday to Sunday. It is the last phase of the regular season. On Sunday, it will be known which teams will participate in the Final Four.

The tournaments of the third stage will be played in Zagreb and Kragujevac.

Radnicki will host Jug, Primorac, Sabac, Solaris and Partizan in the group in Kragujevac

The first-placed team after the regular season will be a home team at the Final Four that will be held on April 2 and 3.

After two tournaments, Jug is atop the table with 24 points. The second-placed Novi Beograd has two points fewer than Jug. Radnički is in third place with 21 points. These three clubs have played nine games each. Fourth-placed Jadran Split has 19 points but from eight games.

Jadran Herceg Novi, which has collected 16 points (nine games), and Crvena Zvezda (15 points from eight matches) are among the contenders for the F4 berths. Partizan, which has won 12 points so far (from nine games), is looking for a chance from the sidelines if better-ranked teams make mistakes in Kragujevac and Zagreb.

As things stand now, the league-leader Jug will likely host the final tournament. However, the Dubrovnik-based side will face a challenging task in Kragujevac. On Saturday, Jug will play against Radnički, the only undefeated team. This match will be crucial in the race for the top spot. Title-holder Radnicki will have a chance to climb to 1st place if it defeats Jug on Saturday.

But, even if Radnicki beats Jug and other rivals in the third phase, it will not secure first place and will wait for the news from Zagreb.

If Jug loses to Radnicki or wins only a point in that match, Novi Beograd will gain an opportunity to return to 1st place.

Novi Beograd water polo players recorded six victories in their pool in the first stage, including a win over Jug. But Novi Beograd took only four points in the second phase, and dropped to 2nd place behind Jug.

Novi Beograd will arrive in Zagreb with a new head coach. Igor Milanović, who took over the club about ten days ago, will make his debut on the bench of one of the favorites for the trophy in the Regional and the Champions League.

The players coached by Milanović will be the favorites in Zagreb. Still, they are aware that they will have challenging games in Zagreb. They can count on easy points only in the duel of the last round against Mornar. Before that game, they will face the leader of the Croatian championship, Jadran Split, and Crvena Zvezda, which recently beat them in the Serbian Championship.

There are many possible outcomes in the race for the top spot. Four exciting competition days and an interesting battle for 1st place are on sight.

The third phase of the A1 Regional League will be played this weekend. The duel that attracts the most attention is, without a doubt, the match Vojvodina – Primorje. These two teams have perfect records. They won 24 points each. So their encounter, which will be on the program on Saturday in Kranj, will decide the winner of the A1 League.

A1 Regional League, the third phase, round 1