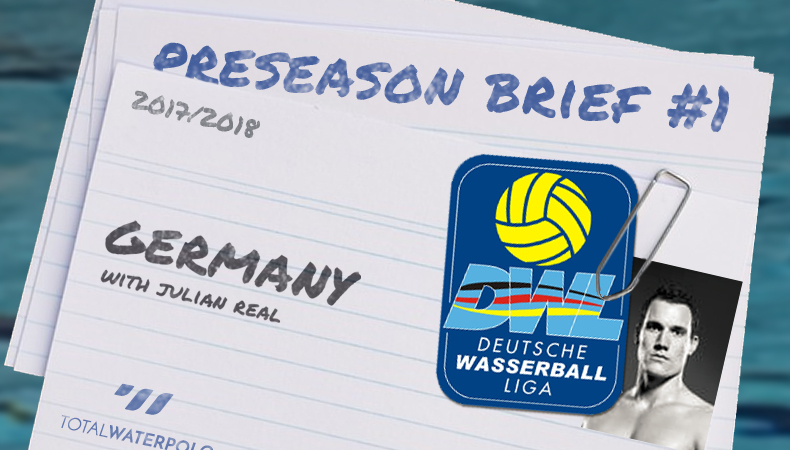 The new season 2017/2018 is about to kick off and Total Waterpolo is here to bring you quick insights into individual national leagues. Get to know the championships and gain some inside scoops from active pro players. Learn about clubs, tournament modes and league-specific peculiarities outside your own borders.

The DWL consists of 16 Teams, divided into two brackets of eight (A and B). Both brackets play a regular league mode with home and away matches, followed by a preplayoff stage where the best four from the B-bracket meet the last four from the A-bracket. The Winners from this phase advance to the quarterfinals where the top four teams from the A-bracket await them. The finals are played in yet another playoff phase to determine the champion.

Thank you for taking the time to give us and our readers an insight into the upcoming German water polo season 2017 / 2018. Please kick it off with a short introduction of yourself – tell us about your current club, your position and how long you have been playing in the competitive pool.

My Name is Julian Real, I’m 27 years old and have been playing water polo since I’m nine. It all started in the city of Oberhausen at the former club Sterkrader SV27, before I transferred to the Amateur-Schwimm-Club Duisburg (ASCD) in 2004. That’s where my professional career took off. I played my first “Bundesliga” league game for the ASCD in 2006 and continued to win trophies in 2010 and 2013 with my club. My first game as a player for the national team was back in 2007. I transferred to Waspo Hannover for the upcoming Season. All in all, I have been in professional water polo for over a decade now.

What is the “type” of water polo played in your league? Are there different styles of play and do they stand out? Are there specific qualities to the German league you could identify?

I wasn’t really able to identify a certain type of play throughout the past 10 years of water polo in Germany. There are different philosophies and tactics, which don’t differ too much in the international comparison. One feature of the „Bundesliga“ is the fact, that it’s split into an A and a B bracket. Another peculiarity is that, except for 3 times, Spandau Berlin was at the top for the past 20 years – which unfortunately doesn’t stand for a lot of variety and suspense.

Are there clubs which established themselves as the key figures for improvement and advancement for athletes within the German league?

Of course, there is Spandau Berlin, which as the record-holding champions have been playing water polo at the highest level for decades. ASCD and Waspo Hannover deserve to be mentioned together with them, too. They play the best water polo among the junior divisions and stand for great training and water polo development.

Which are the most infamous matchups within the league? Which derbies should water polo fans look out for in the upcoming season?

The Derbies between ASCD and Bayer Uerdingen used to be a highlight for me personally, as they attracted many viewers. This decreased over time. Today, the league is very segregated regarding quality. The matchups don’t start to gain some serious suspense before the semi-finals and finals.

What are your clubs and your personal ambitions for the upcoming season?

I transferred to Hannover this year to become the German championship and cup winner, as well as to get into the Final 8 of the LEN Champions League.

German water polo has been facing some difficult times – without any international medals or trophies to show for a quite some time, it has trouble competing for pool hours and public interest with other sports. What do you think can be done to put water polo in Germany back on an upwards trend?

Germany’s goal on the international stage must be to return to former glory and achievements. The national team is currently going through a change and needs to adjust from the ground up. We have to qualify for the European championships in Barcelona in 2018 and manage to qualify either through that or the world cup for the World Championships in 2019. Germany missed the World Championships twice in a row now, that has to change.

Only a successful national team can create a strong incentive for young players. In addition to that, the junior divisions in Germany need a lot of work too. The recent results on Junior European championships have been anything but satisfying. I can’t really identify, what exactly it is that needs to change, though.

This post is the first article in our upcoming “Preseason Brief” series, where we introduce national leagues to promote them across their respective borders – stay tuned for more leagues coming soon.
read more 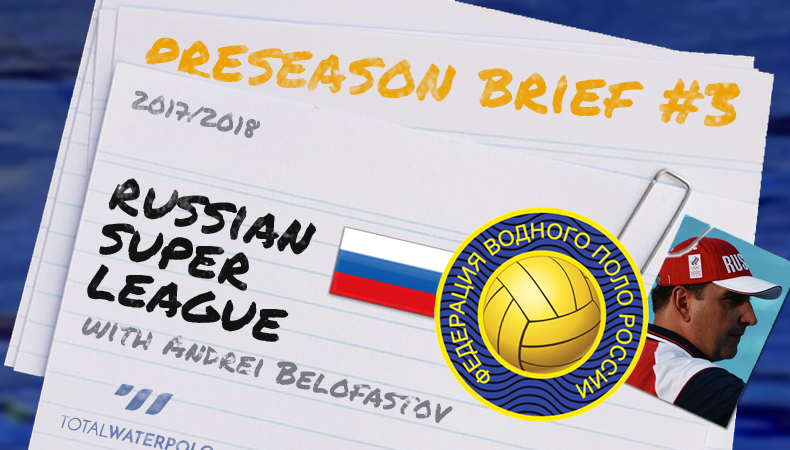 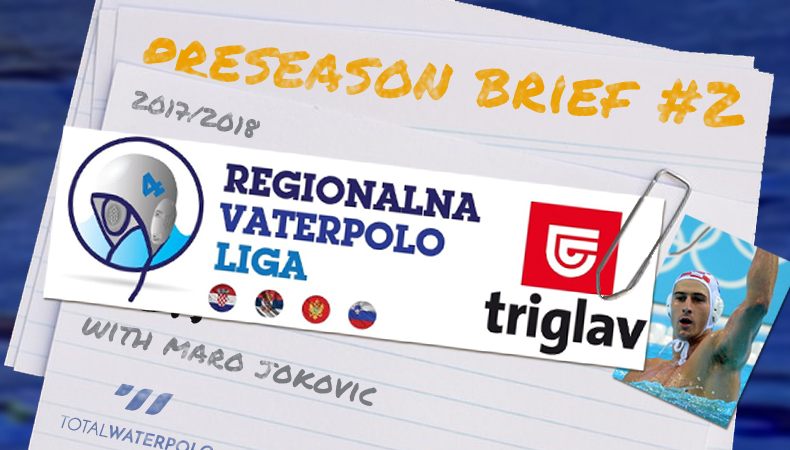