Preview: Opening round of the Danube League in Serbia this weekend 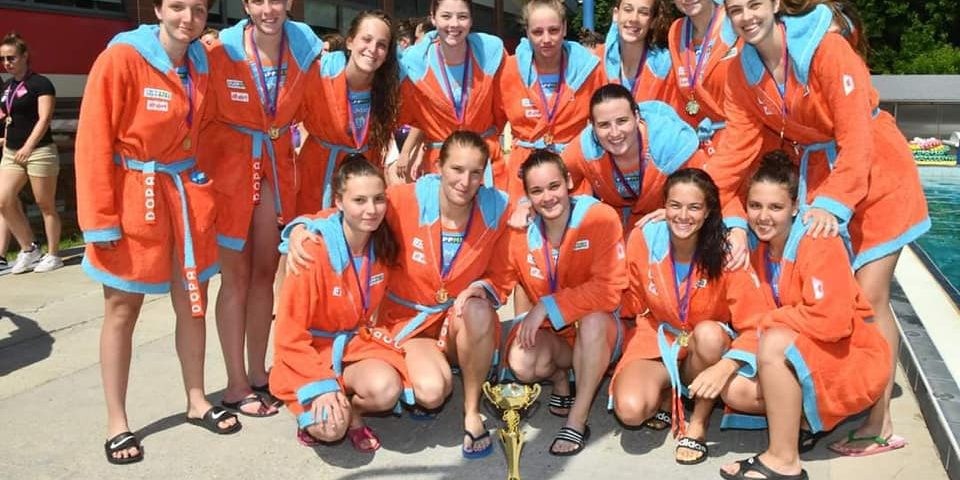 The first competition of the new women’s water polo season begins this weekend with the return of the recently created Danube League. Nine teams from across Europe will head the small town of Becej, Serbia, for an action-packed weekend of water polo. Created in 2018, the league was designed to fill the void of a regional women’s competition in Europe.

The competition takes place over several weekends in pools across Europe. The reigning champions of the competition are Euro League & Hungarian runners up from this year, DFVE Dunaujvaros. However, the Hungarian side are not participating this year and so a new champion will be determined.

It is fitting that the competition’s first weekend will be held in Serbia, as they have the most interest in this year’s competition with three clubs participating. The hosts, VK Vojvodina are the highest-ranked side from Serbia having won the Serbian League and Cup in 2021, but Red Star Belgrade (ZVK Crvena Zvezda) and VKD Tas2000 are not far behind their Serbian compatriots with regards to quality. However, Vojvodina will be looking strong, especially with their two new additions from Russia – Irina Amliaeva (St. Petersburg) and Milan Khamzaeva (Knief Kirishi).

Croatia is sending two of their best women’s teams in the shape of ZAVK Mladost, from the capital Zagreb and VK Jadran Split, who reside on the shores of the Adriatic. We are in for a real treat early on Friday morning as these two rivals clash – with Jadran definitely wanting revenge over Mladost who picked their rivals to domestic league title earlier this year. The Women’s game in Croatia will no doubt have had a boost from the success of their tournament in Sibenik, where their U17s finished 7th.

Of the three Hungarian sides that participated in the competition last year (Dunaujvaros, Eger and Szentes), it is the side that finished fifth in the Hungarian Championship in 2021, Szentes, who remain in the competition this year. The side from the South of Hungary will be looking forward to the return of club legend, Anita Hevesi, who returns after a substantial career break. Szentes have been preparing for this competition and the new season with a camp in Slovakia.

While away in Slovakia, the Hungarian’s met up with Olympia Kosice in the Pia Cup and beat them 12-6. But the Slovakian side will have their chance for revenge in the first game of the weekend in the Danube Cup, as they will face Szentes at 9:00 on Friday morning.

The Danube league will also see a British University side compete this weekend in Serbia. Whilst the women’s game in the UK is stronger than the men’s, and the team will not be there just to make up the numbers, we expect the GB University team to be without many of its top players due to logistical complications.

The weekend’s fixtures (in CET):