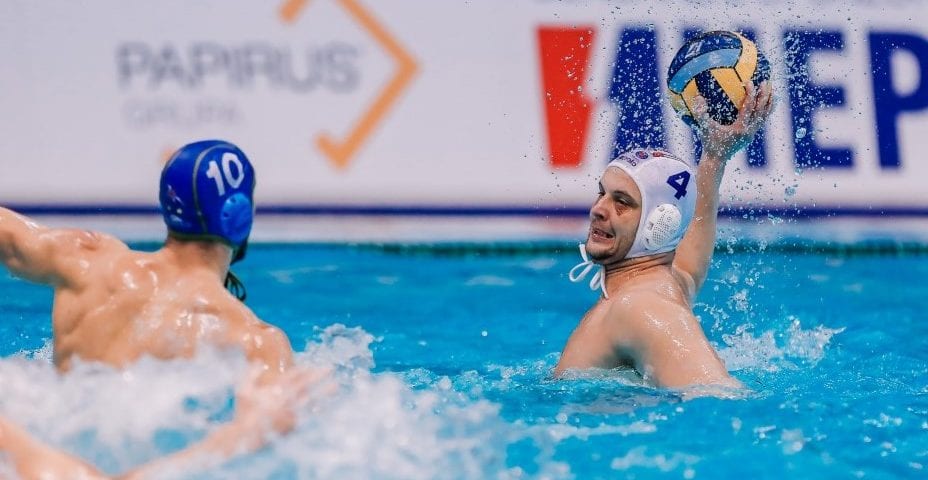 The club confirmed that Croat Luka Loncar (33) had signed a contract with the club. Loncar arrived from Jug Dubrovnik. He played for Jug between 2015 and 2021. Before coming to Dubrovnik, Loncar played for Mladost Zagreb, Solaris Sibenik. He had already gained experience in Italy. An experienced center-forward was a member of Brescia, and won the Italian Cup in 2012 with this club.

“Pro Recco is the best water polo team in the world, a club that lives with the pressure of having to win. When president Felugo called me, I felt a great honor. I spoke with my family, and within a few days, I decided to accept this challenge. I’m curious to discover Pro Recco’s world, to train with many champions every day.”, Loncar said in the statement, released by Pro Recco.

“Aicardi has been among the best center-forwards globally for over ten years, I like Hallock very much, I think he has great potential. And then, finally, I will no longer have Ivovic as an opponent. Training with him will undoubtedly be stimulating.”

“Sandro Sukno is a great person, he always wants to improve himself. He is a perfectionist with a winning mentality. I’m happy to work with him”.

Today, Brescia announced that Luongo, the winner of the gold medal at the 2019 World Championships, had joined the Italian champion. Luongo signed a 2-year contract with Brescia.

“Surely Brescia is a team that I have always liked and in recent years it has made an excellent policy by creating this very strong Italian group, which is fundamental to achieve important results. I am delighted, I can’t wait to get started. It will be a new environment and I’m sure I’ll be fine. My goal is to give my best.”, Luongo said.

Luongo played for Pro Recco on two occasions (2012 – 2013 and 2019-2021). He was a member of Camogli, Acquachiara, Sport Management, etc. His biggest success at the club level is the trophy in the 2021 Champions League. He has won two medals representing Italy (European bronze in 2010, and gold at the 2019 World Championships)

Apollon Smyrnis announced that Ante Viskovic signed a one-year contract. Viskovic played for Mladost in the season 2020/21 and won the “double crown” in Croatia. Viskovic will play abroad for the first time. Before joining Mladost, he played for Jadran Split, Mornar, and Jug Dubrovnik. A few years ago, he debuted for the national team and he is currently among the candidates for the roster for the Tokyo Olympics.

As we already reported, Partizan will be reinforced by several players. The club’s director Nikola Kuljaca confirmed for Sportski Zurnal that Milan Aleksic returned to Partizan from Barceloneta and that Stefan Mitrovic renewed the contract. The confirmations about other transfers, we have written about in the last several days, will probably come soon. Kuljaca says that the club is very close to making an agreement with American Alex Bowen (Apollon). Besides Aleksic, several returnees are on the way to Partizan.