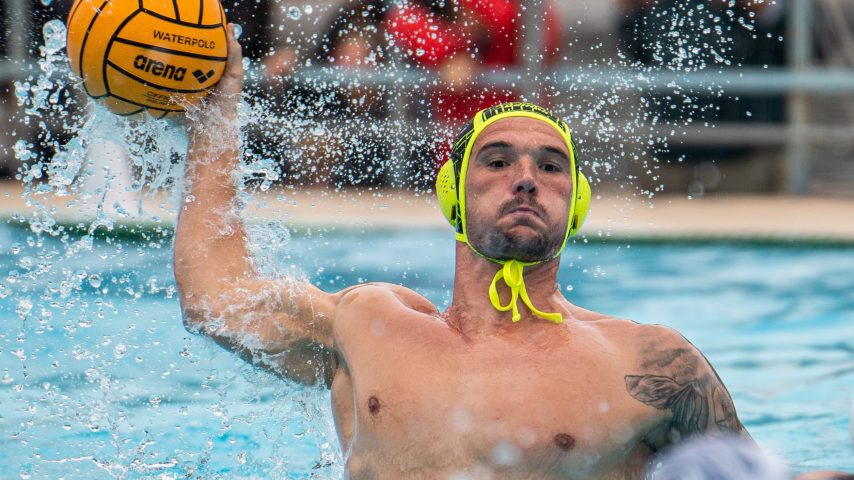 A big derby of the Italian League that has been postponed two times due to Covid cases has been finally played.

Today, Brescia hosted Pro Recco in the game of the 10th round. Pro Recco defeated the Italian champion 9:4 and kept a perfect record in the 2021/22 Serie A1. This was the first encounter between Brescia and Pro Recco after the playoffs final played nine months ago, when Brescia dethroned Recco.

A superb defense in the second half, Aaron Younger and Giacomo Canella (each of the two scored four goals) were keys for the European champion’s victory.

Brescia scored an opening goal in the derby. But, Recco had a 3:2 lead after the first eight minutes. In the middle of the second quarter, Vapenski leveled at 3:3. Immediately after, Cannella gave Recco a 4:3 advantage.

In the 17th minute, Vapenski added one more goal to equalize again (4:4). But, it turned out that it was Brescia’s last goal in the match. The hosts couldn’t find the net in the remaining 15 minutes. After a great 8:5 win over Olympiacos in Athens in the Champions League on Tuesday, the hosts ran out of gas for another challenging game.

Aaron Younger scored for 5:4 in the 22nd minute,. Canella opened the fourth quarter with a goal from an excellent counterattack. Recco’s goalkeeper Marco Del Lungo noticed that Canella was in a good position in front of the hosts’ goal. He precisely passed Canella the ball across the entire field. Canella made no mistake and netted for 6:4 (26th minute). A minute after, Younger made it 7:4. Then came Canella again. In the 28th minute, he converted a man-up for 8:4 and the contest was over. Younger set the final score at the finish of the game.

Milano defeated Roma after a magnificent comeback. Roma had a 5:1 lead at halftime. After just 41 seconds in the third quarter, the team from the capital went to 6:1. But, Milano hit back. The hosts scored five unanswered goals by the end of the third quarter and leveled at 6:6. They continued the series after the last break. The hosts added three more goals and earned a 9:6 lead. After eight consecutive goals by Milano, Roma netted two in the 31st minute and cut the deficit to one (8:9). The visitors had the last possession to secure a point, but Milano kept a slim advantage and three points.

Lazio started well in the match against Salerno, but it failed to record a first win in the season. Before the final quarter, Salerno built a 2-goal lead (7:5). In the fourth period, Lazio halved the deficit to one goal twice, but it couldn’t equalize.
Quinto defeated Catania 12:10. At halftime, Quinto led 8:5. Catania chased the visitors throughout the second half, but the home side couldn’t catch up with Quinto.

The Italian Swimming Federation has determined a new formula for Serie A1. From the 14th round (scheduled for February 19), the teams will be split into two groups (1st – 7th place and 8th – 14th place). Each team will play six games in the new groups. Points won in the first 13th round will be carried to the new groups.

After the 20th round, the top four teams will advance to the playoffs. The 5th-placed and the 6th-placed team will battle in the playoffs for 5th place and a spot in the LEN Euro Cup.

Before the start of the second part of the regular season, one remaining postponed match (Quinto  -Metanopoli) will be played.