Pro Recco Keeps The Ball Rolling, Gets Luka Bukic on Their Team

The Pro Recco campaign continues! Next big transfer on their list is Luka Bukic, 24-year-old player from Mladost, Zagreb.

Bukic is is the top scorer of the last Regional League, with 43 goals in 20 games.  The young player will be joining Ratko Rudic’s team the next season.

“Coming to Pro Recco is a great honor for me. I cannot wait to test my abilities and play with some of the best water polo players in the world. I hope to continue the fantastic tradition of the club. With Mr. Rudic on the bench, the most successful coach in the history of our sport makes me twice as confident. I will do my best to improve and we will achieve great results this season.”

Luka is the son of Perica Bukic — one of the most successful players in the history of water polo in the former Yugoslavia. His son made his debut at the age of 17 when he started his career as a water polo player. He has a rich history while playing for Croatia — a world silver and bronze medalist, and a silver medalist in the Rio Olympics. However, as the Olympics passed, Luka left the national team lead by Tucak. 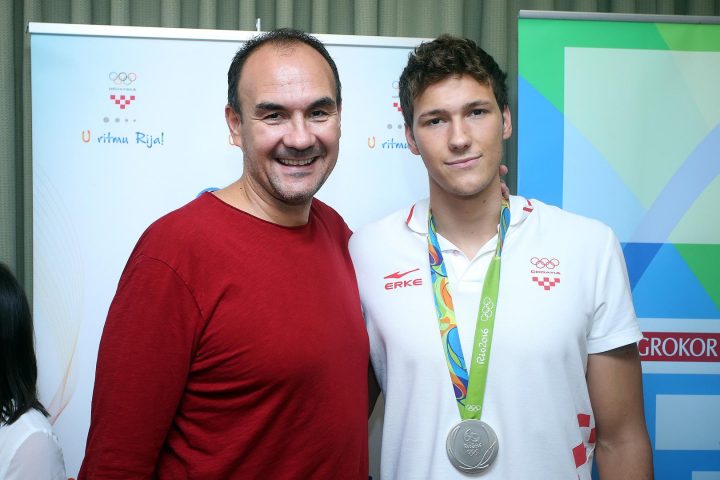 Pro Recco is his biggest opportunity to shine. With Bukic, Alessandro Velotto and Vincenzo Renzuto, the Italian champions lowered their average age, bringing dynamics into the team.

To remind, the campaign has been ongoing for some time now. Pro Recco got their hands on Marko Bijac too, as well as many other great players of today’s water polo. The only certain goodbyes are those of Goran Volarevic and Lorenzo Bruni.