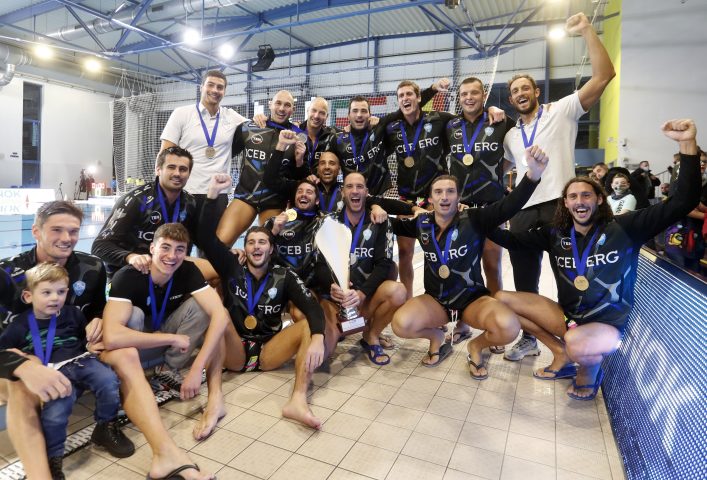 Pro Recco clinched its 7th LEN Super Cup. The match for a prestigious trophy was played in Szolnok this evening. 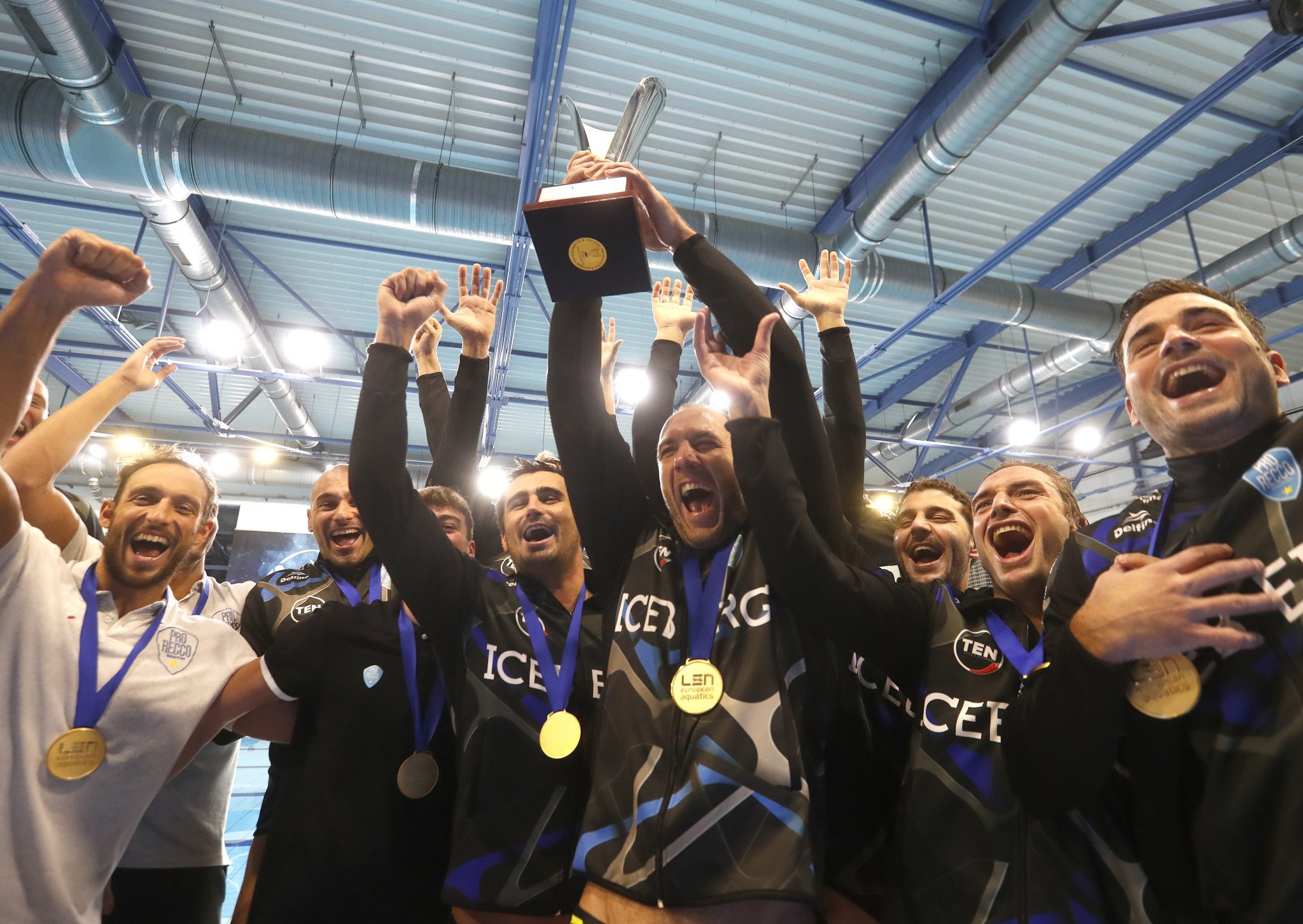 Pro Recco’s victory was more or less expected. There were a lot of changes on the roster of the European champion last summer, but Recco shaped an excellent team for the season 2021/22. On the other side, Szolnok is weaker than in the previous season. But, few could predict so big Recco’s victory. An 11-goals difference is the biggest ever winning margin in the matches for the LEN Super Cup. Until today, the record was Recco’s 13:4 win over Cattaro in the 2010 Super Cup.

Recco proved that it had come to Szolnok to win the trophy in the opening minutes. In the first three minutes, the Italians converted two 6 on 5s (Ivovic and Zalanki) and earned an early 2:0 lead. In the fifth minute, Zovic halved the distance, but Benjamin Hallock responded immediately for 1:3.

The second quarter began with a quick exchange of goals. In the 10th minute, two goals separated the rivals (2:4). But then Recco produced a 4:0 run (two goals with a power-play advantage and two from penalty shots) and jumped to an 8:2 lead. Recco’s defense, commanded by Marco Del Lungo, worked very well throughout the game. But it couldn’t stop Jansik who found the net for 3:8 two seconds before the middle break.

Szolnok wasted five man-ups in the third period. Pro Recco missed a lot of nice opportunities, too (including a penalty shot when Banyai saved a shot from Di Fulvio). Still, the visitors controlled the game. They stretched the margin to seven before the last break. Di Fulvio made it 9:3 in the 18th minute. Nicholas Presciutti scored from a 6 on 5 in Recco’s last possession in this period and killed Szolnok’s last hope. The Hungarians couldn’t come back from seven goals down (3:10).

Recco didn’t slow until the end. The last goal in the match came just 17 seconds before the buzzer when Di Fulvio converted a man-up for the final score.

Sandro Sukno won his first trophy as Pro Recco coach. After the game, he said:

“This was an excellent game for us. We played very well from the beginning until the end, and I congratulated my players on the first trophy in the season. Our good conversion of extra-man situations was the factor that made a difference in this match.”

“Congratulations to Pro Recco. They were better than us in every segment of the game. We missed a lot of opportunities to score. We are exhausted because we had a lot of hard matches in the past two weeks. Pro Recco deserved the win and the trophy, but I think that the final score doesn’t mirror a real difference in quality between the two teams.” 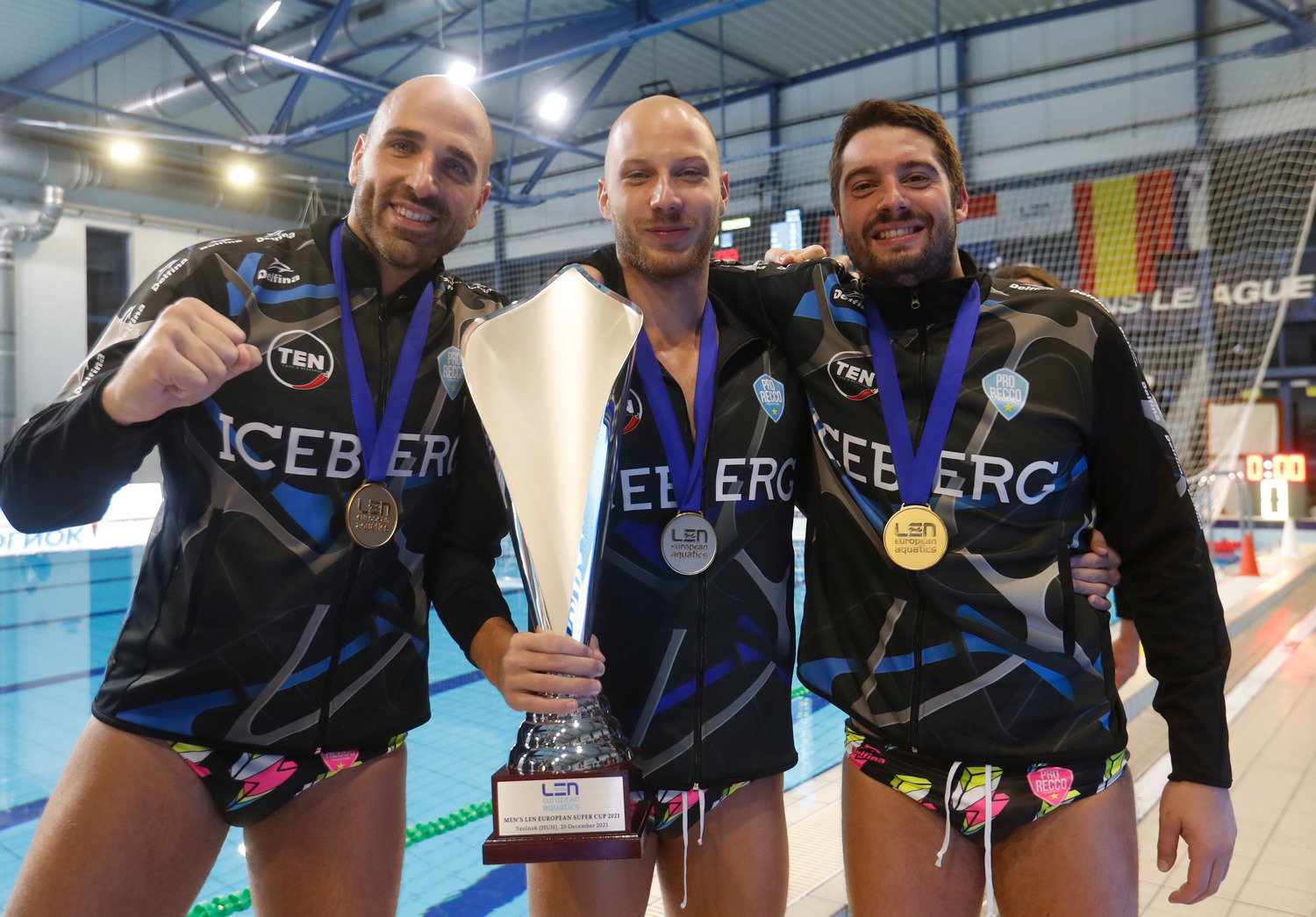 Ferencvaros is the only LEN Euro Cup winner that won the Super Cup. That happened in 2018.