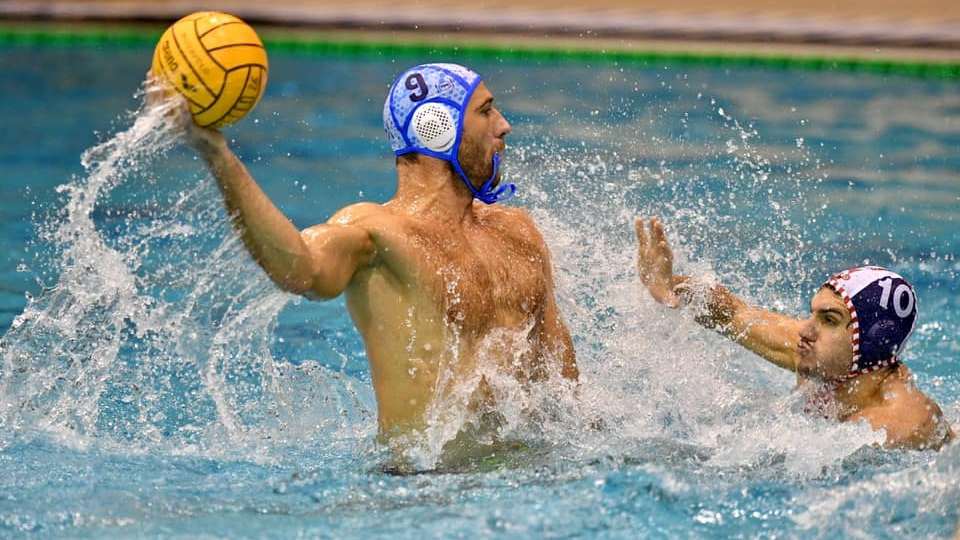 Pro Recco opened its new campaign in the Champions League with an away victory over Marseille in the big match of Day 1 in Group B.

Jug Dubrovnik trounced Waspo Hannover. Jug beat the Germans 13:7. However, the final score doesn’t mirror the course of the match. The game was a one-sided contest. Jug had a 9-goal lead after the third period.

A clash of two former champions, played in Belgrade, was quite interesting. Crvena Zvezda defeated Spandau (12:9). The match was similar to the game in Marseille. The third quarter, in which Zvezda scored four unanswered goals, was decisive.

Marseille played without its first goalkeeper Dejan Lazovic, who is injured and will be out of the team for at least six weeks. But, the second goalie Arshak Hovhannysian, who replaced the Montenegrin, played excellently until the middle break. On the other end of the pool, Recco’s new goalie Marco Del Lungo proved his outstanding quality. Only six goals were scored in the first half. Marseille led twice (1:0, 3:2). At halftime, the sides were tied at 3:3.

Shortly after the middle break, Pro Recco started breaking Marseille’s resistance. The visitors, led by Aleksandar Ivovic and Gergo Zalanki, built a 6:3 lead. Crousillat converted a man-up for 4:6, but the title-holder responded with a new 3:0 series. Recco jumped to a 9:4 lead, and that was the end of the contest.

A new, rejuvenated team of Jug had an excellent European premiere. The Croats demolished Hannover, the team that is composed of experienced (but maybe too old) players. Jug dominated the first period. The defense, commanded by Toni Popadic, worked well, while the hosts scored five goals in the first eight minutes. After a balanced second quarter, Jug recalled its rhythm and entered the final period with a 12:3 advantage. Hrvoje Benic netted from a counter-attack for 13:3. The German team scored four straight goals in the remaining time to reduce the gap. Hrvoje Benic (28), Jug’s second-oldest player, was the best scorer with four goals. A 34-year-old returnee Maro Jokovic, the only older than Benic in the home team, didn’t find the net today.

Crvena Zvezda entered the match as a favorite. Still, Spandau dictated the pace in the first half. Midway through the second period, Spandau led 3:1. The hosts caught up with the rival at 3:3 and again at 4:4. Dmitri Kholod put Spandau in front by converting a man-up 27 seconds before the middle break (5:4). However, just 14 seconds after, Zvezda’s captain and center Vukicevic closed the first half with a goal for 5:5.

Vukicevic’s goal was the start of the hosts’ series. Crvena Zvezda tightened its defense, goalkeeper Misovic played excellently in the third quarter. His teammates netted four goals in this quarter, and the Belgrade-based team had a nice 9:5 lead before the final eight minutes.

The hosts continued rolling after the last break. Milos Vukicevic scored from a counter-attack in the 25th minute for 10:5 and killed all suspense.

The Hungarians didn’t let Steaua surprise them. Already in the 10th minute, OSC had a 4-goal advantage (6:3). The visitors halved the distance (4:6). Early in the third period, OSC rebuilt a 4-goal lead (8:4) and controlled the match until the end.