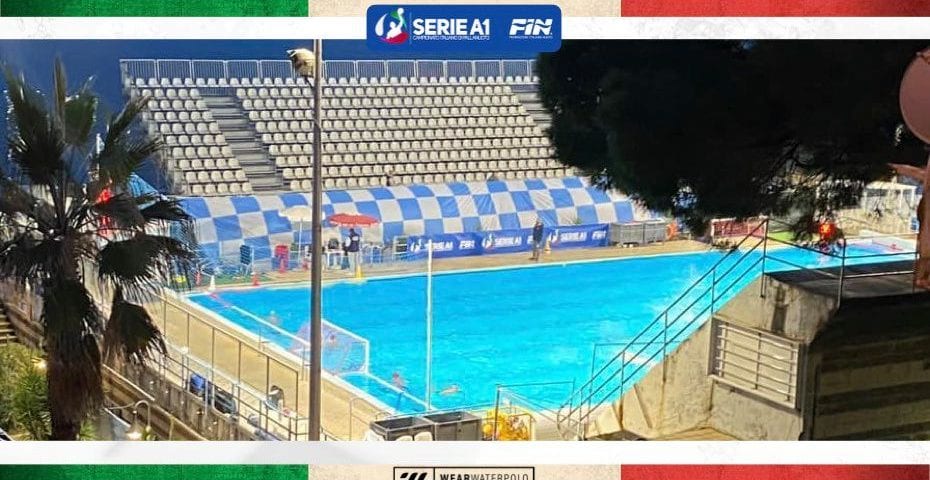 An encounter between Pro Recco and Saletno highlighted the 3rd round of the Italian League. No, there was no excitement in this match. The game wasn’t significant because of the result. As expected, Pro Recco recorded a big win – 18:0.

Recco didn’t concede a goal. It is a rarity. But, in the last few years, Recco has managed to keep a clean sheet a few times. This match was important as a milestone in Pro Recco’s history. For the first time after ten years, the eight-time European champion played in its pool “Antonio Ferro “in Recco, named after the mayor and legendary club’s president. In the previous ten years, Recco was mostly the host in the pool in Sori (four kilometers far from Recco).

Besides the game in Recco, two matches were played today. The third round was a milestone for Metanopoli, too. The club based in Milan, which debuted in the Serie A1 this season, achieved its first-ever win in the Italian Championship. Metanopoli beat Florentia 11:5. Lazio edged out Telimar 8:7 in a very thrilling match.

Pro Recco returned home after 3829 days. From June 5, 2010, and a win over Savona in the playoffs final (10:9) until today, Recco didn’t play in its town. The reconstruction of the “Antonio Ferro” pool is over, and it is possible to play official games in this facility. The water heating system that allows matches and training in any season has been installed, as well as new locker rooms and new 500 seats for spectators. The seats were empty today, but the stands are ready to welcome spectators when restrictions are relaxed, and the corona crisis comes to an end.

The hosts left no chance to Salerno and opened a new era of the pool in Recco with 18 goals. The titleholder, led by Francesco Di Fulvio (5 goals), demolished the rival. Pro Recco captain Aleksandar Ivovic scored the first goal in the renovated pool in the 2nd minute od the game. The last goal in the match was scored by a 15-year-old Andrea Nuzzo, who debuted in Serie A1 today. Marko Bijac was in front of Recco’s goal in the first half. After the middle break, Tomaso Negri replaced the Croatian goalkeeper. 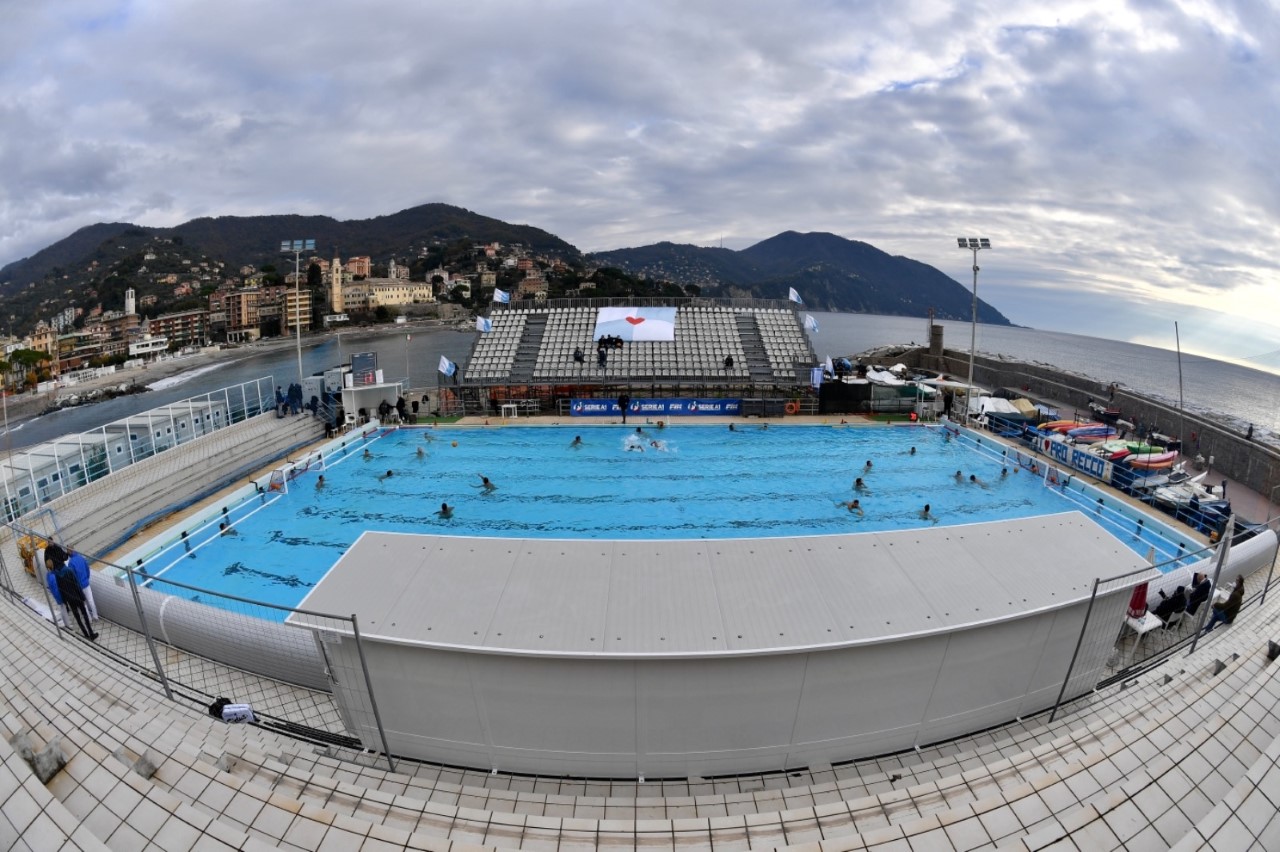 Lazio recorded its first win in the season by defeating Telimar 8:7. Lazio was the host, but Telimar arrived in Rome as a favorite. Lazio opened the match with a 2:0 lead before Telimar scored its first goal. Lazio regained a 2-goal lead before the end of the second period (4:2). However, Telimar opened the third quarter with three straight goals and went ahead (5:4). The Romans equalized (5:5), but Lazio entered the last period with a slim 6:5 advantage. Then came a new turn. Lazio scored two unanswered goals by the middle of the final quarter for 7:6. Two minutes before the end, Telimar’s Vlahovic found the net for the first time to level the score (7:7). Rafaele Maddaluano, who arrived at Lazio from Telimar this summer, set the final score 8:7 with 63 seconds to go.

The first and the second quarter of the match Metanopoli – Florentia were balanced (3:3). Florentia scored the first goal after the middle break for a 4:3. Then, Metanopoli produced a 7:0 series and jumped to a 10:4 lead in the 3rd minute of the final quarter. In the remaining time, one goal was scored on each side of the pool.