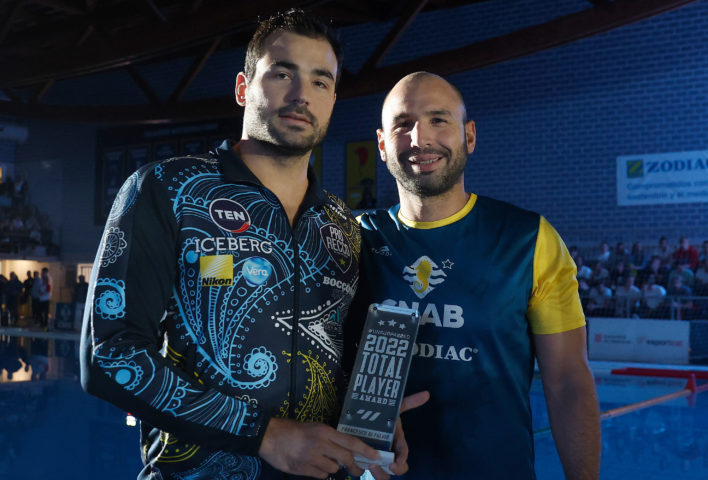 After the 6th round of the Champions League, there are no unbeaten teams in Group A.

Pro Recco completely outplayed and demolished Barceloneta in the big match of the day, played in Barcelona, recording an 11:5 victory. The Spaniards suffered the first loss after five wins.

The Greek derby lacked excitement, as well as the duel in Barcelona. Olympiacos defeated Vouliagmeni by eight goals (14:8).

So, after six matchdays, Olympiacos, Pro Recco and Barceloneta share 1st, 2nd and 3rd place, with 15 points each.

Radnicki is lonely in 4th place with eight points. But, the Serbs can’t be satisfied with the result in the 6th round. Radnicki had a 2-goal lead before the final minute of the match against Jadran in Split, but the match ended in a 10:10 draw. That point helped Jadran to catch up with Vouliagmeni (both teams have seven points apiece. A very interesting battle for 4th place continues…

Hannover earned its first points with a 14:11 victory over Dinamo in Tbilisi

Di Fulvio had a chance to open the scoring already in the first minute, but Aguirre saved his shot from the penalty line. Still, Recco took the lead shortly after (Zalanki). Munarriz leveled. Recco earned a slim advantage at the finish of the quarter after Younger converted a man-up.

It was a hard defensive battle with a lot of exclusions in the first period. Each team had four opportunities with a power play advantage in the first eight minutes, but only Younger converted a 6 on 5. 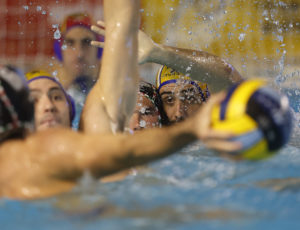 By the middle of the second period, Recco built a 4:1 lead. In the 12th minute, Barceloneta scored its first goal from a 6 on 5 (after six missed opportunities) for 2:4. Still, Recco continued dominating. Leftie Echenique gave the visitors a 5:2, Younger stretched the margin to four. In the 15th minute, Echenique added another goal from a distance, this time with a nice lob and the Italians jumped to 7:2 with three goals in less than three minutes.

Luke Pavillard closed the first half with a power play goal and opened the third quarter in the same way and woke up Barceloneta’s hopes (4:7). But, Pro Recco replied with two quick goals (Cannella and Di Fulvio) and rebuilt a 5-goal advantage (9:4). 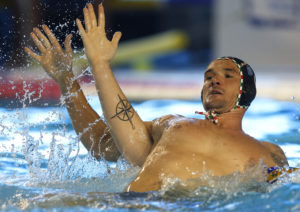 Larumbe scored for 5:9 in the 21st minute. In the remaining time, the hosts couldn’t find the net. Zalanki converted a man-up for 10:5. Four seconds before the end, Aleksandar Ivovic put an end to the match with a power play goal for the final score.

As usual, power-play conversion is an important factor in the games like this. Pro Recco had seven shots and scored five goals with a man-up. Barceloneta’s conversion was 3/8.

“I am very satisfied with what Pro Recco showed today. I think it was our best performance this season.”

Elvis Fatovic, Barceloneta’s coach, who was Sukno’s teacher in Jug, congratulated the rival and added:

“Pro Recco was much sharper than us in defense and the attack, and it dominated the game. We have to learn a lot from this match and change some things in our play.”

Barceloneta continued its bad run in the matches against Pro Recco. In the last ten years, these two teams have met 13 times in the Champions League. The first of these duels ended in a 10:10 draw. After that, Recco recorded 12 consecutive wins.

Olympiacos’ flying start set the tone of the Greek derby. The hosts needed less than four minutes to earn a 3:0 lead (all three goals were scored with a power play advantage). Marton Vamos scored the first two goals. After that, he assisted Andro Buslje, who found the net for 3:0. In the following minutes, Olympiacos’ attack slowed. Still, the defense was up to the task. The hosts kept Vouliagmeni far from the goal. Marko Bijac didn’t have much job to do in the first eight minutes. He posted only two saves. 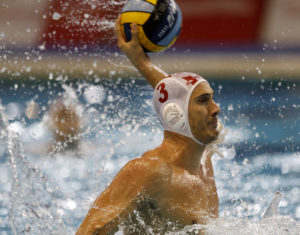 After almost eight minutes of silence, Olympiacos added its fourth goal – the fourth with a man-up (Dervisis). Kapotsis replied immediately with an action goal and put Vouliagmeni on the scoreboard after 11 minutes and 13 seconds of play. Still, at the finish of the second quarter, Olympiacos scored two action goals (Papanastasiou and Vamos) and earned a huge 6:1 advantage. Eleven seconds before the middle break, Nikolaidis converted a man-up for 2:6.

At the beginning of the third period, Filip Filipovic converted a man-up for 7:2. By the end of this quarter, Vouliagmeni reduced the gap to three (5:8). Still, Olympiacos knocked out the rival in the fourth period.

Jadran took the lead just once (2:1 in the 4th minute). After that, Radnicki’s defense, commanded by goalkeeper Lazar Dobozanov (who posted 15 saves this evening) was outstanding. The Serbs didn’t let a singe goal by the end of the first half and gained a 3:2 lead.

Early in the third period, Zovic leveled (3:3). But, Radnicki made a 3:0 run and jumped to 6:3. Butic boosted Jadran’s hopes, by scoring for 4:6 just four seconds before the end of the third quarter. 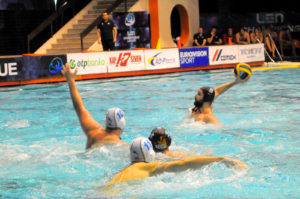 The fourth quarter produced ten goals, as well as the first three periods together. Radnicki controlled the match until the very last minute. The Serbs led 7:5, 8:6, 9:7 and 10:8. It seemed that they would win the match However, Jadran saved a point. At 00:58, Marinic Kragic found the net for 9:10. Just six seconds before the final buzzer, Zovic found the net from the deep right and leveled at 10:10.

All in all, both teams are still in the race for the F8 berths, but Jadran can be more satisfied with a draw.

The final score says all. The first quarter made the difference.

After three straight goals in the first eight minutes, Hannover’s captain Aleksandar Radovic opened the second period with a nice lob and made it 4:0. Dinamo managed to come back and cut the big deficit. Two minutes and 30 seconds before the middle break, Akhvlediani found the net for 4:5. However, Marko Macan replied immediately with a power-play goal. Shortly after, Lozina streched the margin to three (7:4). Dinamo did everything to come back. Still, after Lozina’s goal, the difference was never smaller than two.

Hannover kept the advantage in the balanced second half and collected its first points this season. Dinamo has to wait for a new opportunity to record a first win. However, that opportunity probably won’t come soon…