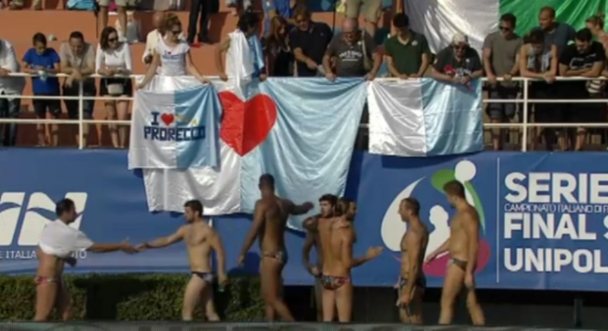 Pro Recco has won the Italian League after beating AN Brescia in the final game. After the exhausting semifinal game yesterday against Sport Management Verona (12-10 after penalties), Brescia’s player couldn’t provide more in this final game.  The team from Genova continued their domination by winning the 32nd Italian league title in history. 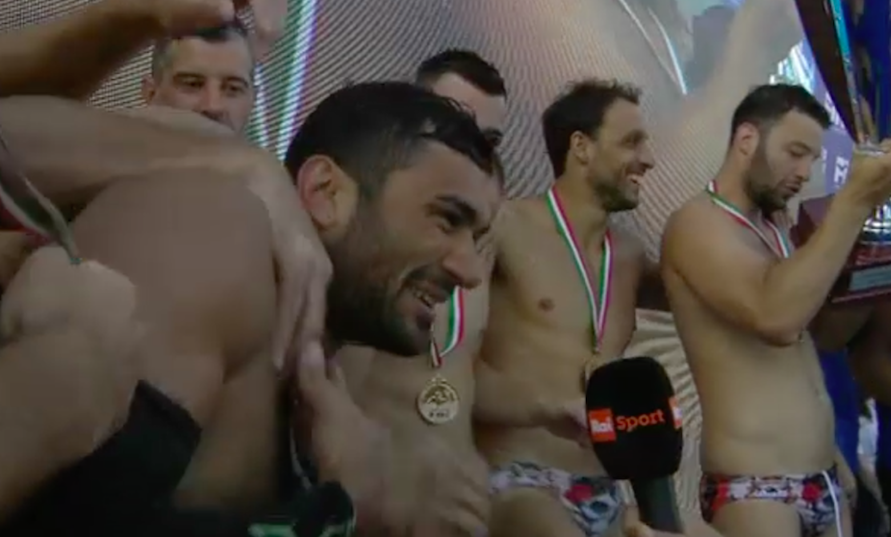 Pro Recco took a lead in the first quarter with goals from Di Fulvio and Aicardi. Tempesti had a few important save while Recco was man down. In the 2nd quarter, Bodegas and Molina (helicopter shot!) increased the score to 4:0.  AN Brescia managed to score the first goal after more than 13 minutes with the great reaction by Rizzo from the first post.

In the 3rd quarter, Vujasinovic focused his players on strong defense. Filipović raised the lead to 5:1, but Stefano Guerrato managed to find a space and tricked Tempesti with a perfect lob shot with 11 seconds on the clock and left some hope that Brescia could still do something in the last quarter.

With 6 minutes left in the 4th quarter, Rizzo scored his second goal (5:3), but 2 quick goals from Di Fulvio and Bodegas decided the winner and placed another trophy in hand of Pro Recco team! Final score 8:5.