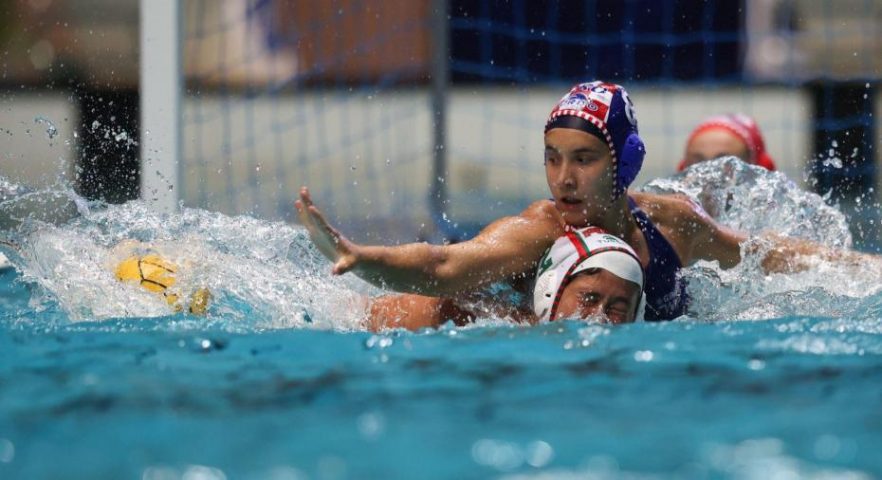 Italy, Israel, Croatia and Greece have all booked a place in the Quarter-finals on the sixth day of the U19 Women’s European Championships in Netanya, Israel.

Only Croatia had to break a sweat to reach the Quarter-finals, as they were run close by Portugal. The other teams: Italy, Greece and the hosts Israel, breezed into the last eight with easy victories over the Ukraine, Serbia and Switzerland respectively. The latter team, Switzerland, failed to register a score against the Israeli’s, falling 25-0.

The aforementioned victors from today will meet the top teams from the group stage. Greece will play France, Italy take on Hungary, Israel host the Netherlands, before the last game of the day features Croatia challenging Spain.

Switzerland will face Ukraine in the first 9th-12th classification Semi-Finals, before Serbia meet Portugal in a bid to finish inside the top ten. 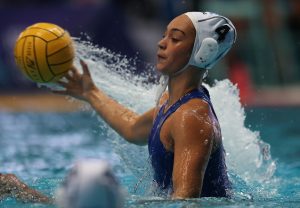 Firstly, Italy have set up a tasty Quarter-final with Hungary tomorrow with a mammoth victory over Ukraine.

While the junior Setterosa have not been in sparkling form this week, being well beaten by France in the group stages, they had no problems today. Seven finishes from Morena Leone (Ekipe Orizzonte), and six from Paola Di Maria (CSS Verona), helped the Azzurine through to the final eight, where they will meet the menacing prospect of Hungary. 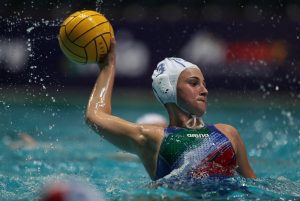 Meanwhile, Greece will take on France in the quarter-finals, thanks courtesy of a straight-forward win against Serbia. While the Serbs carried some threat in the first period, the Greeks turned up the heat during the middle period of the game, and eventually journeyed to the Quarter-finals without too much stress.

Tricha Foteini of Olympiacos netted five goals in the game, as did 16 year old Dionysia Koureta.

Greece will now play France in the Quarter-finals, which is by no means an easy task. The very strong French team, which includes some crucial players from their senior national squad, are going through a purple patch at the moment. They have already beaten Italy in the group stages, and finished top of Group B. 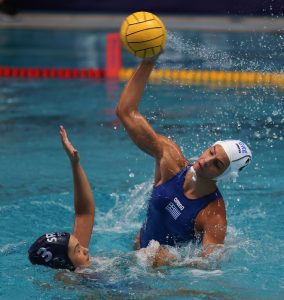 In the most entertaining match of the day, Croatia beat Portugal 11-8 thanks largely to a dominant third quarter, with goals from Korina Juresa, Magdalena Butic and Elena Crnicki making all the difference.

The game was close throughout, although the Croats never went behind in the contest, and are worthy Quarter-finalists. Spain await Croatia next.

An honourable mention must go to the Portuguese skipper, Carolina Fernandes – who scored five in the game, two of which were from 5m penalties. 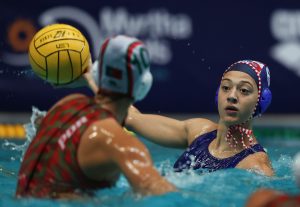 The hosts, Israel, kept an incredibly rare clean-sheet against Switzerland today, with their 25-0 rout guaranteeing a Quarter-final rendezvous with the Netherlands tomorrow afternoon. The one-sided affair will be in stark contrast to what the hosts will face next, which could be a really tricky match-up.

Every outfield Israeli found the back of the net in the game, with three players hitting four goals (Ofir Sela, Noa Sasover, Noa Markovsky). Three more goals from Dar Menakerman takes her tournament goal-haul to 17 – one of the best at these championships. 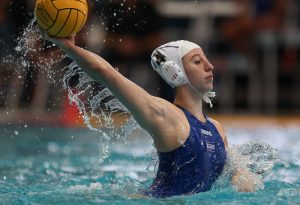 In the only game involving teams not contesting a Quarter-final berth, Slovakia narrowly beat Great Britain, and will play for a 13th place finish tomorrow. Martina Kiernoszova and Nela Mesterova (both four goals) did significant damage in the contest for the Slovakians, as they will face Romania in the 13th/14th classification match.

Although it is yet another horrible tournament for Great Britain, they are spared their blushes from finishing last, only due to Germany’s withdrawal from the competition due to positive COVID-19 cases. 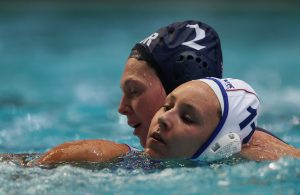