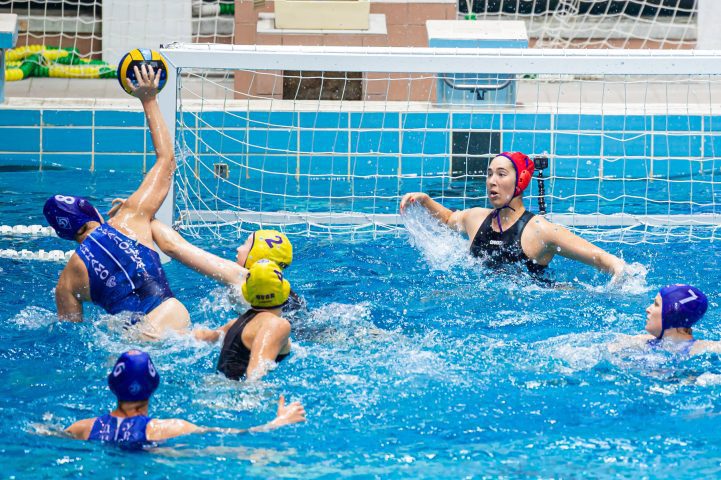 We have our Eight Quarter-Finalists in the Women’s Euro League after the third day of action: Sabadell, Dunaujvaros, Ethnikos, Olympiacos, UVSE, Dynamo Uralochka, Plebiscito Padova and KINEF Kirishi have all qualified, with CN Mataro being the big team to miss out. Sabadell remain the only remaining Spanish side, while Padova are the only Italians still in the competition. Hungary, Greece and Russia all have two teams left.

There was big drama on the final day in the ‘group of death’ in Group E as Mataro will not make the final 8 of the Euro League on the Head to Head rule. Despite beating Sabadell 10-9, with three teams finishing on six points, the fact that Mataro lost to Dunaujvaros means they miss out to the Hungarians.

It is Dunaujvaros, who beat Mataro yesterday, who go through after beating Ferencvaros earlier this morning. Dunaujvaros pulled away against Fradi in the third period, as their two most senior players, Dorottya Szilagyi (5) and Greta Gurisatti (4) contributed in a big way for the result. 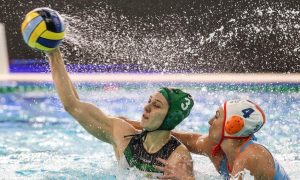 The Piraeus derby was resolved in the second half as Olympiacos pulled away from their rivals Ethnikos with 5 unanswered goals. Both were already through to the next round, but it was the Red and White side of Athens who will take the top spot. The Dutch international, Brigitte Sleeking, was in great shape during the match with two goals, while Eleftheria Plevritou led the scoring with four goals. Both these teams can meet again in the competition should they both make it that far.

The game between Roma and Terrassa was fairly inconsequential given the two Greek sides had already qualified for the quarter-finals, but Terrassa were good enough to secure the win. The Spaniards started the second quarter brightly, and amassed a lead that ultimately saw them over the line. Both of these sides will be disappointed with not making the quarter-final, but there is no doubt they have the potential to big players in Europe in future years. 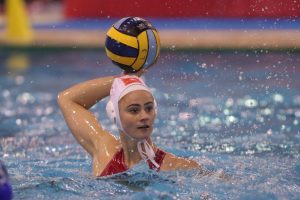 A goal forty seconds from time courtesy of Anastasia Panfilova secured Dynamo Uralochka’s place in the final 8. In truth, Vouliagmeni probably should have won the match, as they led for most of the game. They had a two goal lead for several minutes in the game, and even a four goal lead mid-way through the 3rd quarter. But the Russian’s played with desire and commitment, and fought their way back to 11-11 with a finish from Polina Popova, before Panfilova’s last-minute winner.

UVSE, who already knew they had qualified for the next round before today, could only manage a point against Ekipe Orizzonte. Despite the fact that the Italians had nothing to play for, they competed really well throughout the match and perhaps deserved what would have been a historic win. Claudia Marletta put four away, mirroring Natasa Rybanska of UVSE, who also converted on four occasions. 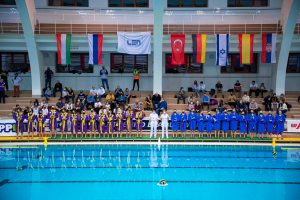 Mediterrani will not make it to the next stage of this Euro League despite a solid victory over Glyfada. Clara Espar put 5 away, while Sarah Lizotte netted 4 and Iris Wolves and Helena Dalmases secured hat-tricks.

Meanwhile the points shared between Padova and KINEF Kirishi was enough to see both sides into the last 8. In a fairly uneventful match, Stefano Posterivo and Aleksandr Naritsa, the two coaches, will be looking forward to reaching the knock-out stages of this year’s Euro League. 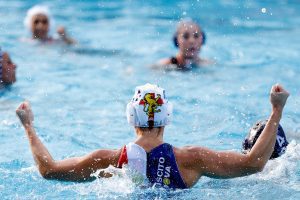